Cancel
Shekar, a rich young man, discovers that his cousins Gowri and Sundar are finding it difficult to lead a comfortable life. He decides to help them against his father's wishes.
See Storyline (May Contain Spoilers)

Shekar (Sivaji Ganesan), the son of Mirazdar Gunaseelan (K. Sarangkapani), discovers that his cousins Gowri (Garikapati Varalakshmi) and Sundar (M. N. Nambiar) are leading a difficult life. Gunaseelan has a doudhter whom was lost when she was a small girl. He tries to help them against his father's wishes. Angered by his father's attitude, he leaves home with his cousins. Gunaseelan's accountant Vajram (V. K. Ramasamy) and wife Vadamalligai (C. T. Rajakantham) wants to take advantage of this rift and to usurp his employer's wealth. Gunaseelan's loyal servant Poyyamozhi (V. M. Ezhumalai) tries his best to reveal Vajram's intentions, but falls to deaf ears. Greedy Vajram opposes his son Arivumathi (A. Karunanidhi) from wedding Ezhilarasi (T. P. Muthulakshmi) since she is not from a wealthy family.

Shekar marries Gowri, but Sundar leaves home since he feels that he is a burden on them. Sundar meets with an accident and loses his mental balance. He is rescued by Dr. Sumathi (M. N. Rajam) who happens to be Shekar's lost sister. Gowri is admitted to Dr. Sumathi's maternity nursing home and Shekar tries stealing in order to pay the bills. Unbeknownst to Shekar, he enters Dr. Sumathi's house and was caught red handed by her. However Dr. Sumathi does not call the police but and advises Shekar and lets him go. Gowri learns about this and leaves the nursing home, humliliated by Shekars deed.

Gowri delivers their first child Selvam, but dies immediately. Shekar found Gowri dead and takes Selvam along with him. Shekar takes refuge with Anthony (P. D. Sambantham), a school teacher who provides him with a job and a house. Sundar lives in Dr. Sumathi's house, but he remains mentally unstable. Meanwhile, Arivumathi steals from his home, marries Ezhilarasi and leaves home.

Gunaseelan yearns to meet his son and goes looking for him. Vajram introduces Gunaseelan to a dancer Nalina. Gunaseelan falls for Nalina and shifts to her place along with Vajram, Vadamalligai and Poyyamozhi. Selvam meets with an accident, Poyyamaozhi sees this and bring him back home. Gunaseelan sends for Dr. Sumathi and lets's her know to return Selvam to him in the event of not finding Selvam's parents. Sundar meets Selvam and he was able to recall his past. Upon learning the truth, Sundar and Dr. Sumathi sets off to Gunaseelan's place.

Meanwhile Vajram and Vadamalligai persuades Nalina to prison Gunaseelan but the plan was spoilt when a robbery takes place and she was attacked by the robber. The robber was Arivumathi who was not aware of the presence of his parents in that place. Nalina confides the truth to the police and dies where Vajram and Vadamalligai are arrested. Shekar was suspected as the robber and gets arrested instead. Poyyamozhi tracks the robber and catches Arivumathi. Ezhilarasi informs the police all Arivumathi's wrongdoings and he confides all his errors and submits.

Anthony reveals that Dr. Sumathi is none other than Gunaseelan's long lost daughter. Gunaseelan and Sekar are delighted with this. Sekar requests Gunaseelan to marry off Sundar to Dr. Sumathi and it was done. 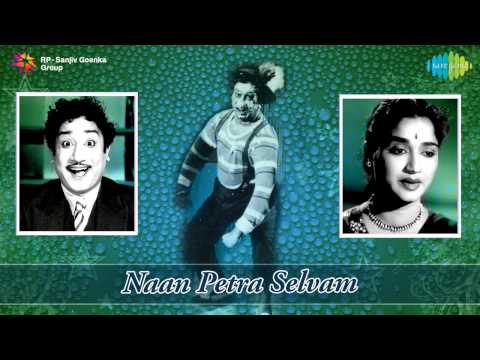