Cancel
Trained by Lord Ozunu who trains orphans into assassins, Raiza betrays the orphanage and his lord to seek freedom and redemption for his past.
See Storyline (May Contain Spoilers)

Taken from the streets as a child, he was transformed into a trained killer by the Ozunu Clan, a secret society whose very existence is considered a myth. But haunted by the merciless execution of his friend by the Clan, Raizo breaks free from them.and vanishes. Now he waits, preparing to exact his revenge. In Berlin, Europol agent Mika Coretti (Naomie Harris) has stumbled upon a money trail linking several political murders to an underground network of untraceable assassins from the Far East. Defying the orders of her superior, Ryan Maslow (Ben Miles), Mika digs into top secret agency files to learn the truth behind the murders. Her investigation makes her a target, and the Ozunu Clan sends a team of killers, led by the lethal Takeshi (Rick Yune), to silence her forever. Raizo saves Mika from her attackers, but he knows that the Clan will not rest until they are both eliminated.

Tagline: Fear not the weapon but the hand that wields it.

Based on 0 rating
0 user 3 critic
Did you know? Producers Lilly Wachowski and Lana Wachowski were so impressed by Rain's performance in Speed Racer (2008) that they were inspired to create this project for him. Read More
3 Critic Reviews

Ninja Assassin has a distinctly comic book-meets-video game feel to it, and is strictly for hardcore action buffs.
Rajeev Masand, RajeevMasand.com
0

Watch the Teenage Mutant Ninja Turtles instead who are funny, witty and can kick some real butt!
Tushar P Joshi, Mid Day
0

In the scene where Raizo (Rain) is captured by Interpol and chained to the wall, one of the agents looks at him and says, "He looks like he should be in a boy band." Rain started his career in the boy band Fanclub.

Producers Lilly Wachowski and Lana Wachowski were so impressed by Rain's performance in Speed Racer (2008) that they were inspired to create this project for him.

Rain had no martial-arts experience prior to filming. He trained extensively for six months in martial arts and weapons handling with stunt and action choreographers Chad Stahelski, Peng Zhang, Jon Valera and Jonathan Eusebio as well as weights and cardiovascular workouts with personal trainers; he also went on a diet of chicken breasts and vegetables. 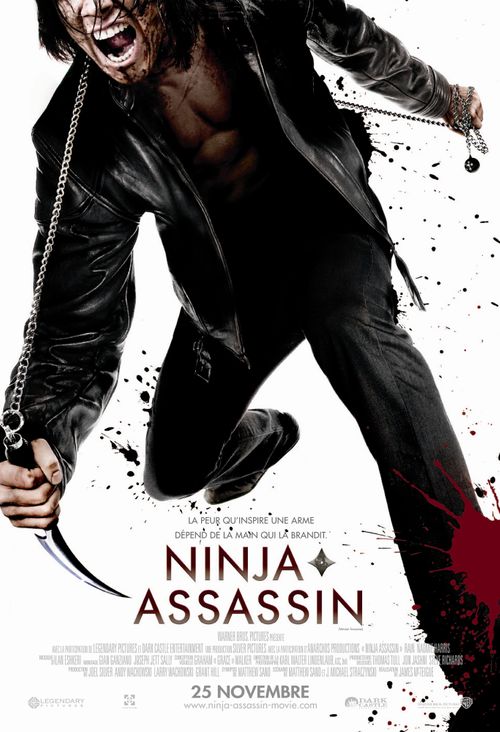