Cancel
The Nobel Medal of great Indian Poet Rabindra Nath Tagore was stolen in 2004 and it was never found. This film is a fictional account of what might have happened to the medal. A poor farmer accidentally finds the medal lying outside his house. He embarks on a journey to return back the medal to the government but is later dragged in to selling it with the help of his friend in Kolkatta city. What he learns about great Tagore and how do people of today take his philosophy is what this film is all about. In his journey he encounters different people with different takes on Tagore. What happens to him in the end is also highly unexpected.
See Storyline (May Contain Spoilers)

The first Asian Nobel Laureate, Rabindranath Tagore, is still revered as an icon in India. On 24 March 2004, his Nobel medal was stolen from Shantiniketan in Bengal, where it was housed in his residence turned museum. Subsequently a nationwide furor started and a massive search operation was put in place to find the guilty. Ultimately the medal was not found and the Central Bureau of Investigations (CBI) dropped the case in 2010. With this in the backdrop "Nobel Chor" (The Nobel Thief is a fictional account of a poor farmer, Bhanu, who circumstantially gets involved in the theft. He decides to embark on a journey to the City of Joy – Kolkata – to return or sell the prize with a view to improve his own quality of life as well as that of his impoverished village.

He becomes the hope of the entire village. On arrival in the city, Bhanu encounters myriad experiences with crooks, strange memorabilia collectors, entrepreneurs who want to exploit the poor man who just has a simple of dream of being able to give his son a better future and uplift the state of his impoverished village. Nobel Chor is the story of this journey through which the film explores contemporary India at its fullest – the encroachment of globalization, the rural-urban divide and the state of India's villages. More importantly it is a trenchant exploration of the relevance of Tagore's philosophy in modern India.

Based on 0 rating
0 user 0 critic
Did you know? The film was officially selected for the BFI London Film Festival. Read More
0 User Reviews
No reviews available. Click here to add a review.
Cast 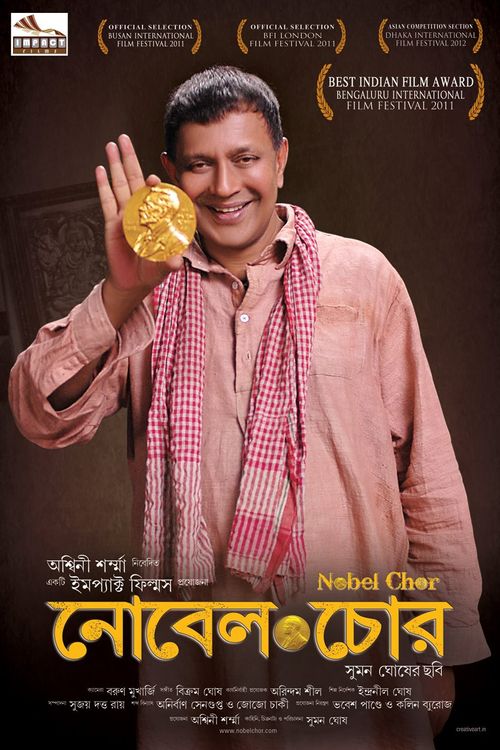