Cancel
Earth is destroyed while repelling an alien invasion. 60 years later, Jack (Tom Cruise) a drone repairman, is assigned to nuclear-ravaged earth to save humanity. He patrols the wrecked planet and kills alien scavengers. However, a few recurring dreams make him question his mission and identity.
See Storyline (May Contain Spoilers)

Tom Cruise stars in Oblivion, an original and groundbreaking cinematic event from the visionary director of TRON: Legacy and producers of Rise of the Planet of the Apes. On a spectacular future Earth that has evolved beyond recognition, one man's confrontation with the past will lead him on a journey of redemption and discovery as he battles to save mankind. 2077: Jack Harper (Cruise) serves as a security repairmen stationed on an evacuated Earth. Part of a massive operation to extract vital resources after decades of war with a terrifying alien threat who still scavenges what's left of our planet, Jack's mission is almost complete. In a matter of two weeks, he will join the remaining survivors on a lunar colony far from the war-torn world he has long called home. Living in and patrolling the breathtaking skies from thousands of feet above, Jack's soaring existence is brought crashing down after he rescues a beautiful stranger from a downed spacecraft. Drawn to Jack through a connection that transcends logic, her arrival triggers a chain of events that forces him to question everything he thought he knew. With a reality that is shattered as he discovers shocking truths that connect him to Earth of the past, Jack will be pushed to a heroism he didn't know he contained within. The fate of humanity now rests solely in the hands of a man who believed our world was soon to be lost forever.

Tagline: Earth is a memory worth fighting for.

Based on 1 rating
0 user 0 critic
Did you know? Tom Cruise celebrated his 50th birthday on the set while shooting for the film. To celebrate the milestone, director Joseph Kosinski presented the star with one of the futuristic motorbikes from the film. Tom also gave the director a present of his own. He gave him a die-cast model of the bubble ship in a glass case. Read More
0 User Reviews
No reviews available. Click here to add a review.
Cast

Originally 'The Oblivion project', originated as an 8-page treatment written by Joseph Kosinski which was pitched in 2007 to Barry Levine and Jesse Berger at Radical Publishing as a graphic novel.

Tom Cruise celebrated his 50th birthday on the set while shooting for the film. To celebrate the milestone, director Joseph Kosinski presented the star with one of the futuristic motorbikes from the film. Tom also gave the director a present of his own. He gave him a die-cast model of the bubble ship in a glass case.

Earlier Diane Kruger, Hayley Atwell, and Kate Beckinsale were all considered for the role of Victoria.

Earlier Disney had acquired the rights to Joseph Kosinski's script in a heated auction, but they later realized that making a PG-rated film based on the script would require a lot of story changes. The rights were subsequently acquired by Universal Pictures.
Filming Start Date:
12 Mar 2012
Filming End Date:
14 Jul 2012 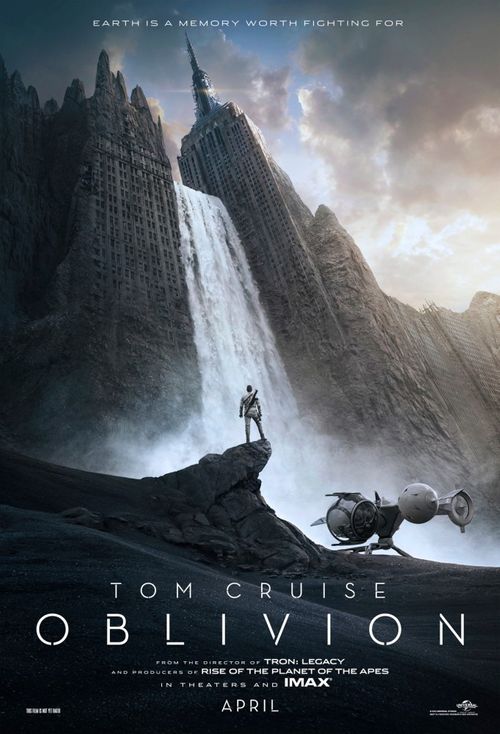 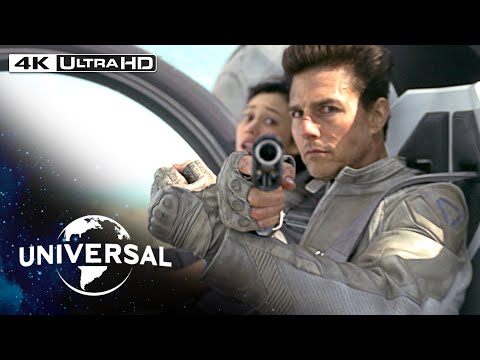