Cancel
A sincere man, who is deeply loved by his community is charged for the murders of several corrupt members of society. In a shocking twist, his grandfather, a revolutionary freedom fighter and martial arts expert, who has been Missing in Action for several decades, comes forward to accept responsibility for the crimes. How will the future unfold for grandfather and grandson?
See Storyline (May Contain Spoilers)

Evocative and provocative, this socially relevant saga traces the twists and turns in the life of Veeravenkata Satyanarayana Swamy (Nandamuri Balakrishna), a strong man, who is deeply loved by villagers whose lives were forever changed by his presence.

His grandmother, Baby (Simran Bagga), whose husband had dedicated his life to gaining independence for his country, was taken as a prisoner of war and declared Missing In Action.

Meanwhile, corrupt doctors, lawyers, and journalists are allegedly killed but their bodies are never found. Suspected of the murders, Swamy is arrested. However, an old man named Okka Magadu (Nandamuri Balakrishna) comes forward and claims to have committed the alleged murders.

Okka Magadu looks like the older version of Swamy whose sworn enemy is Namboodriyar (Ashutosh Rana) – a politician whose son elopes with a middle-class girl under Swamy's protection. What will the future hold in store for grandfather and grandson?

Based on 0 rating
0 user 0 critic
Did you know? This movie is inspired from the Tamil blockbuster Indian (1996). Read More
0 User Reviews
No reviews available. Click here to add a review.
Cast

Simran Bagga
as Sarada a.k.a. Baby

Director of Photography
Madhu A Naidu 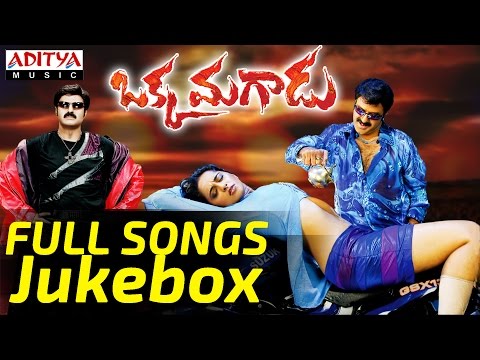