Cancel
Padayappa (Rajinikanth) is an engineer who visits his home town to attend his younger sister's (Sithara) engagement. His sister is engaged to Suryaprakash (Nasser), his maternal uncle's (Radha Ravi)'son. After this happy occasion, Padayappa's foster paternal uncle (Manivannan) demands a share in the family property. However, standing true to his words that the family property should not be divided, Padayappa's father (Sivaji Ganesan) bequeaths the entire property to him. His family is then forced to leave their home. Unable to bear this shock, his father suddenly dies. His sister's wedding is then cancelled because Suryaprakash chose to marry a rich girl with properties and thus married Padayappa's foster paternal uncle's daughter. Also, Nilambari (Ramya Krishnan), his maternal uncle's spoiled daughter and Suryaprakash's younger sister, is in love with him. Meanwhile, Padayappa finds out that the hill that he owns is made of granite, and he digs it out and becomes famous in the city as he uses the money in service of the poor. His family, once again, is able to settle down. His sister gets married to an engineer Padayappa hired, and Padayappa maintains his father's position in the village. Padayappa is in love with Vasundhara (Soundarya), Nilambari's servant. When Nilambari finds this out, she goes crazy. Her parents beg Padayappa's widowed mother to allow Nilambari to marry Padayappa. Padayappa obeys his mother's orders to get married. However, Padayappa's mother becomes wise and tells off her brother in front of the entire village, giving a proposal of marriage to Vasundhara's mother (Vadivukkarasi) instead of her brother, not letting her brother forget the humiliation he put her through when Padayappa's father died. Nilambari's dad commits suicide in humiliation. Nilambari tries to kill Vasundhara, but is not successful. After the wedding, Nilambari retreats into a room in Suryaprakash's house, only having Padayappa in her mind for 18 years. However, when Suryaprakash finally wakes her up, she plans her revenge on Padayappa, now a father of two adult daughters. Suryaprakash also has a son, Chandraprakash/Chandru (Abbas), who studies in the same college as Padayappa's elder daughter (Preetha Vijayakumar). Chandru is told by Nilambari that he should make Padayappa's daughter fall in love with him. At the same time, Padayappa plans to get his eldest daughter married to his sister's son. As a tradition in their village, the bridegroom and bride are asked if the both of them are not being forced to marry each other. Nilambari's plan is to make Padayappa's daughter say that she does not wish to get married to the bridegroom that her parents want her to marry and that she is in love with someone else, and in that process get Padayappa humiliated. Her plan works, but Padayappa retaliates and makes Chandru confess that he really fell in love with her, although he was told only to act. Padayappa decides to take him to his house for the marriage, with Nilambari and Suryaprakash chasing behind. The chase sees Suryaprakash killed in a car accident. After a dramatic fight scene, the marriage takes place. Nilambari reaches the temple where the marriage is conducted and in anger tries to kill Padayappa. But Padayappa succeeds in saving her life by preventing a bull from attacking her while dodging the bullets fired from the gun. Rather than live with the humiliation of knowing that she was unsuccessful in avenging her father's death and having her life saved by her enemy, Nilambari commits suicide. The film ends with Padayappa uttering "Athigamaa Aasaipadara Aambalaiyum Athigama Kovapadra Pombalaiyum Nalla Vaazhndhida Saritharame Kidaiyadhu" (There is no man who desires more and no women who gets angry more who has lived happily in history).

Tagline: My way is the ultimate way. Do not cross me on that way.

Based on 5 ratings
0 user 0 critic

Based on 4 ratings
0 user 0 critic
Did you know? This is Rajinikanth's 150th film. Read More
0 User Reviews
No reviews available. Click here to add a review.
Cast

The film was a huge success at the box office running for 275 days, subsequently becoming one of the biggest hits of Rajinikanth's career.

This is Rajinikanth's 150th film.

The film's story was taken in part from the historical Tamil novel Ponniyin Selvan by Kalki Krishnamurthy. 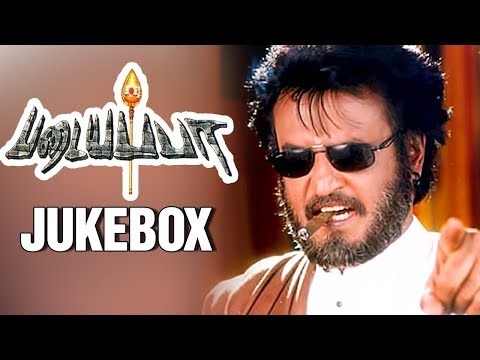