There's a lot of laughter on offer while watching Pagalpanti, it's just that you'll be laughing at the film rather than with it.
Russel D'Silva, Bollywood Life
0

Even with an enviable starcast and heavy-duty action, Pagalpanti never really manages to pull off more than a few laughs.
Ronak Kotecha, The Times of India
0

Pagalpanti appears to be a collection of improvised scenes rather than a film made from a real script.
Jyoti Sharma Bawa, Hindustan Times
0

Absurdity, illogicality & buffoonery scale new altitudes in TSeries and Panorama Studios' Pagalpanti. Not just your cell phone, even your brain needs to be put on 'switched off' mode at the commencement of this film because Pagalpanti throws logic to the winds. Most of the on-screen characters indulge in buffoonery. There's a conscious effort to pack one joke after another. Yet, the film doesn't work because the writing is ridiculously silly and the jokes are bland/unappealing.

Director Anees Bazmee's fundas are very clear: Ask no questions and abandon all faith in logic, reason and rationale. Only then can you relish the film. Frankly, Pagalpanti is more style than substance. There's no meat in the screenplay. It's an awful, awful film!

Director Anees Bazmee chooses to once again make a film he is most comfortable making and sticks to the staple formula of action, comedy and full-on masala. But Pagalpanti will be rejected by the masses and connoisseurs of cinema alike. Thumbs down!

Three writers (Anees Bazmee, Rajiv Kaul and Praful Parekh) are credited with having worked on the script, and yet all they could come up with is a moronic plot to deliver yet another unmistakably mind-numbing comedy. Pagalpanti is simply unpardonable!

While we viewers have witnessed the most ridiculous films in the recent past, Pagalpanti hits a new low when it comes to writing. The soundtrack (Tanishk Bagchi,Sajid Wajid, Yo Yo Honey Singh and Naeem-Shabbir) is equally monotonous. The sole silver lining is the cinematography (Sunil Patel) and striking locales of London.

In the past, every Anees Bazmee movie had a number of memorable sequences that made you jump with joy but Pagalpanti is not only saddled with a frail plot and powerless screenplay, even his execution is below the mark. It's Anees Bazmee's weakest film so far. While viewing the goings-on, you look at Pagalpanti in disbelief and wonder, is this an Anees Bazmee directed film?

It's an oft-repeated fact that the dialogue is the lifeline of every film. No film can survive on star power. That's another problem with Pagalpanti. Soon after the characters are established, most of the jokes fall flat and fail miserably at evoking mirth. The writing, as mentioned above, is a sore point. One expected more from these talented writers (Anees Bazmee, Rajiv Kaul and Praful Parekh).

From exciting car chases, high-octane destruction scenes to an entire act involving industrial strength glue, nothing works at all, thanks to a weak plot. Also, not all actors can carry off comic roles with flourish. Sadly, this is also the case with Pagalpanti.

There are a lot of characters in Pagalpanti, one sillier than the other. Anil Kapoor plays the flashy gangster with his trademark loudness. Arshad Warsi is the funny guy with witty one-liners. John Abraham exudes charm despite his goofy character. Pulkit Samrat once again plays up on his boyish charm. Ileana D'Cruz, Kriti Kharbanda and Urvashi Rautela are reduced to looking pretty and mouthing silly lines. Saurabh Shukla, Zakir Hussain and Inaamulhaq are impressive.

Be smart, exercise your right to avoid Pagalpanti with all your might. Even with an enviable star cast and heavy-duty action, the film fails in its endeavour because it is more of a chaos than a film. A damp squib which will bore the viewers to death! 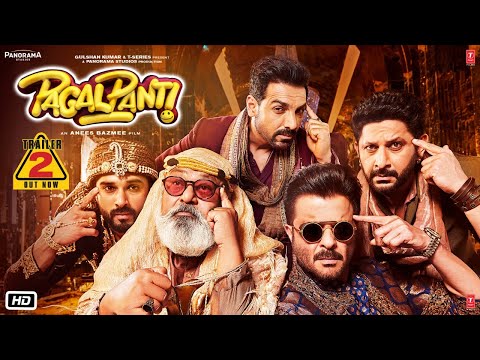 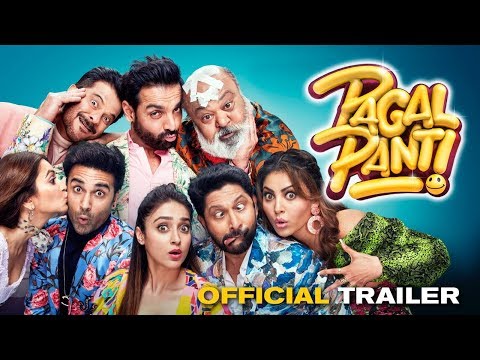 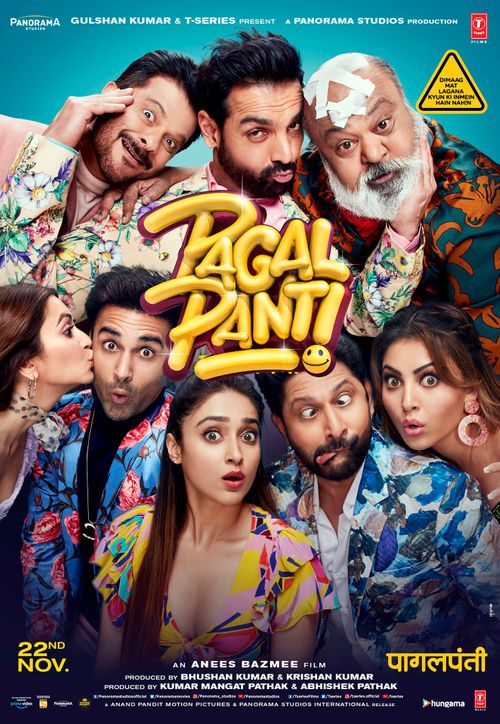 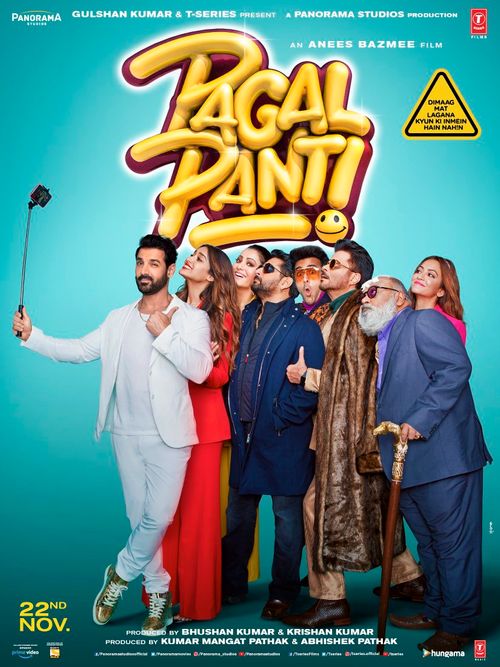 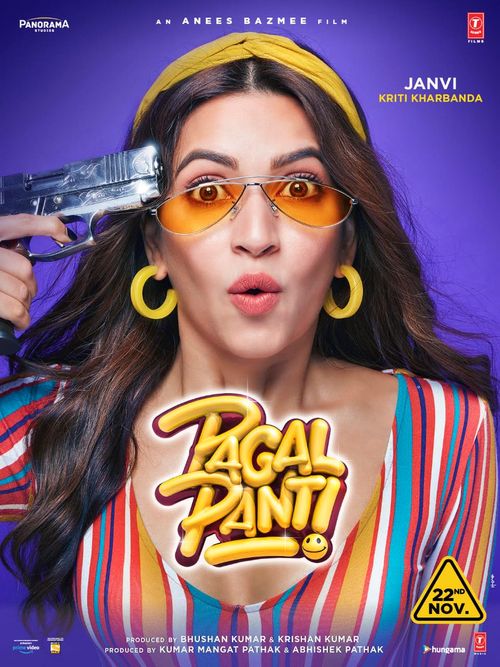 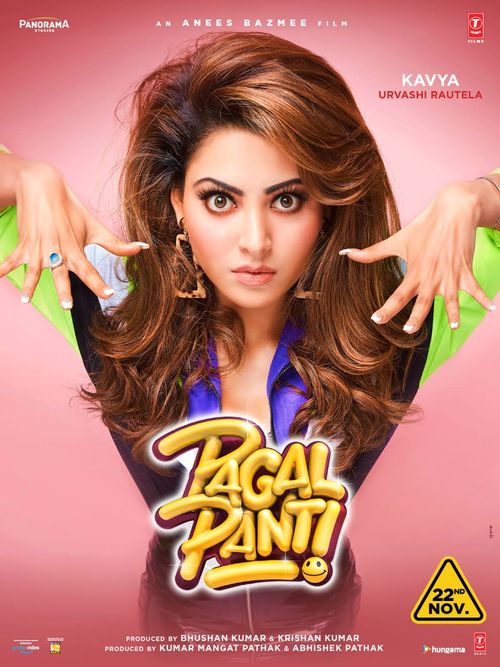 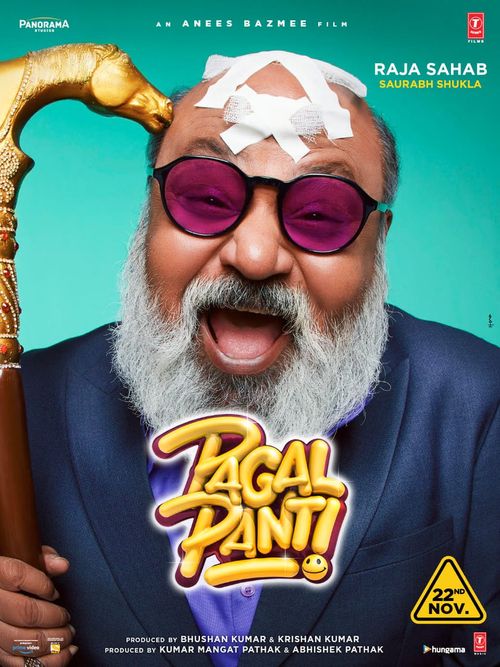 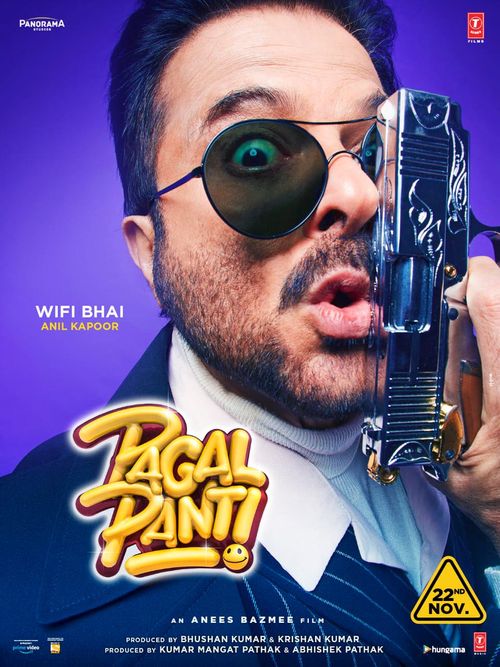 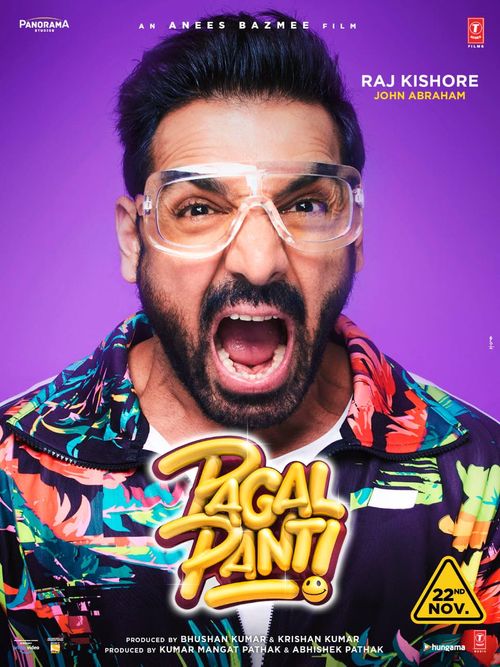 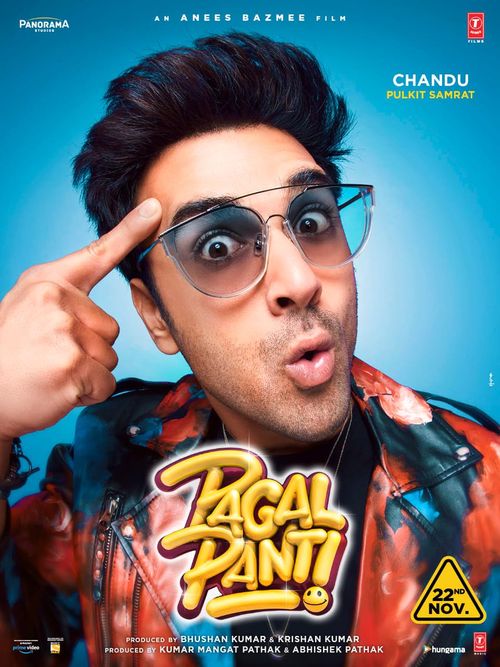 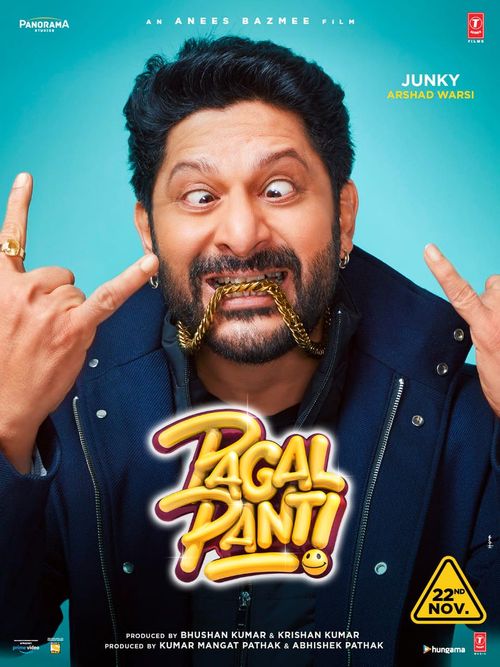 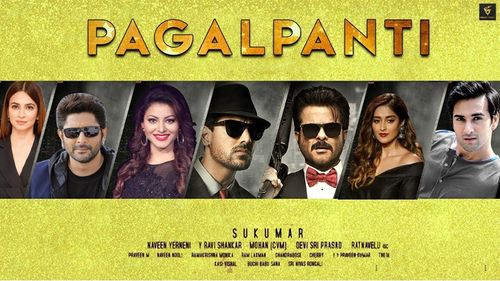 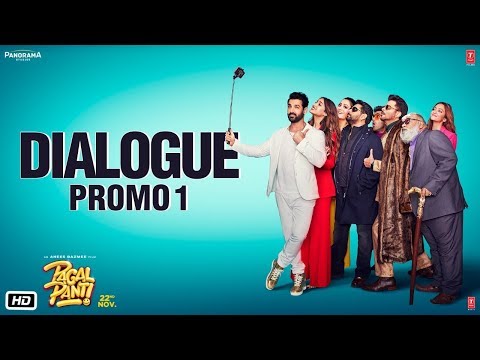 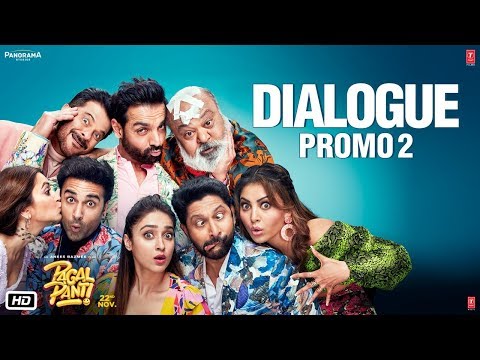 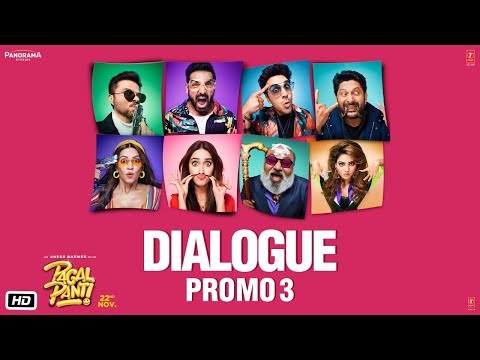 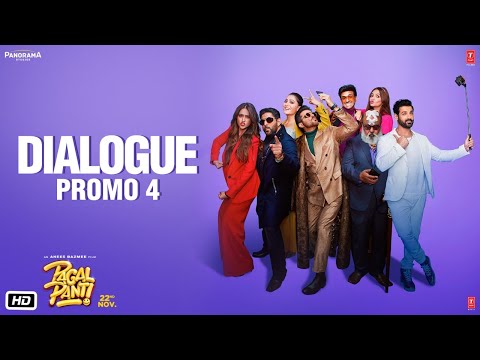 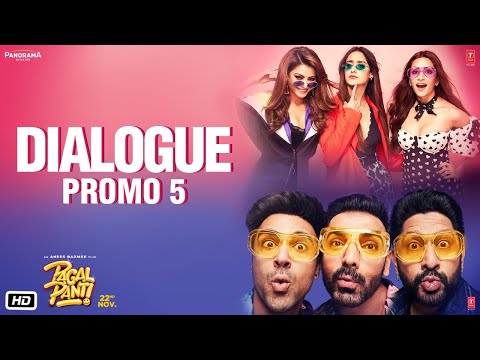 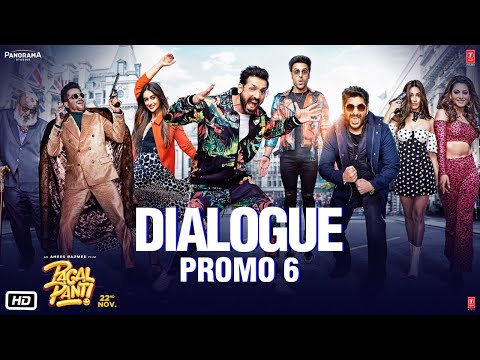 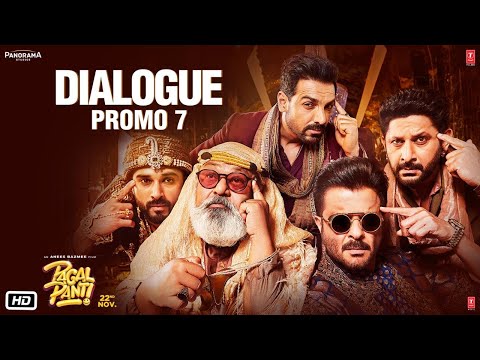 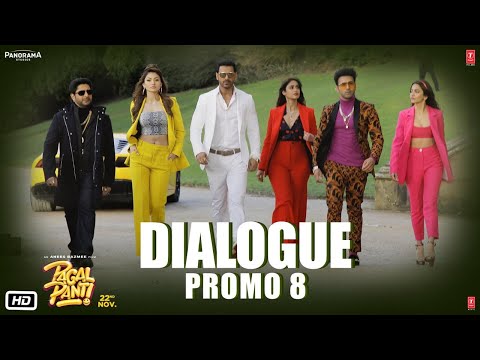 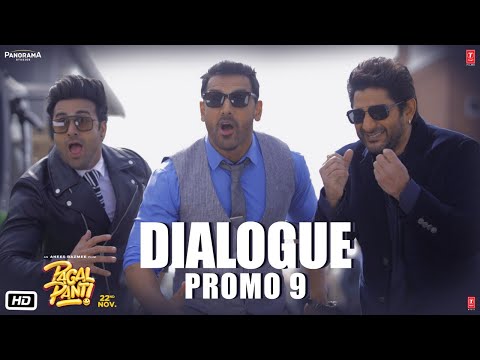 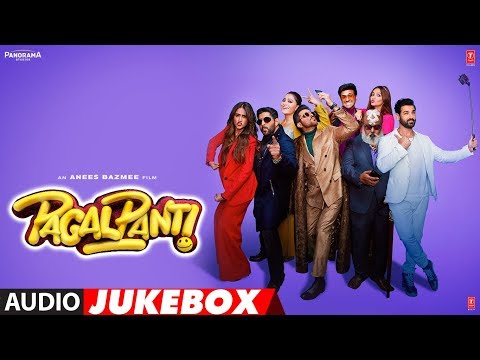 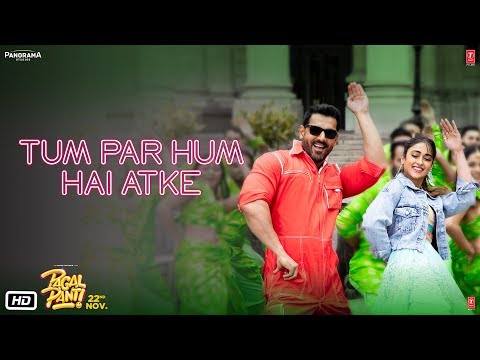 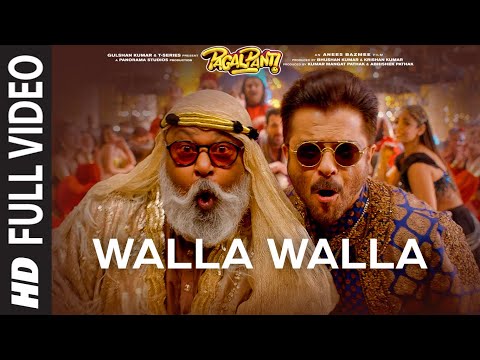 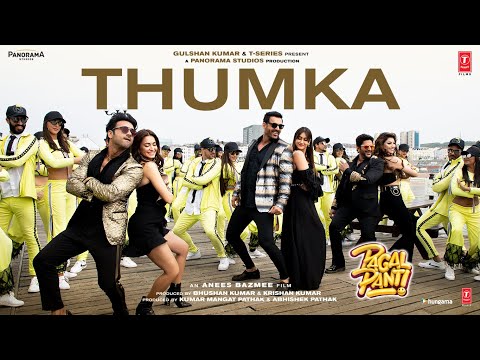 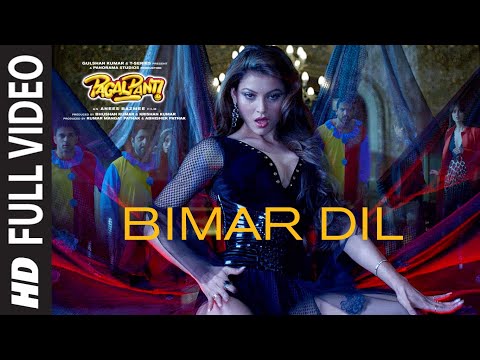 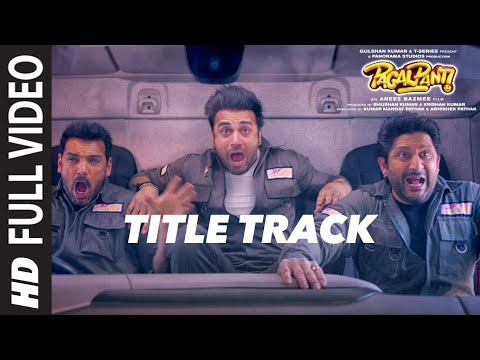