Cancel
In Nablas on the West Bank, Said and Khaled, who have volunteered to be suicide bombers, receive word it will be tomorrow - the cell's first operation in two years. They're shaven and shorn, in black suits to pose as settlers in Tel Aviv for a wedding. Something goes wrong at the crossing, they're separated, and the action is postponed, long enough for renewed questioning of what they're about to do. Suha, the well-educated and well-traveled daughter of a martyr, challenges the action. She likes Said and has her own ideas. "Under the occupation, we're already dead," is Khaled's analysis. Fate and God's will seem to drive Said. We must be moral, argues Suha. Can minds change?
See Storyline (May Contain Spoilers)

In Nablus, on the West Bank, there live two friends whove known each other for years. Said and Khaled, two Palestinian people, whove experienced living under another nations rule for their whole lives. They feel oppression, humiliation and consider themselves prisoners in their own land. As soon as a friend presents to them an opportunity to avenge their way of life, the filmmaker follows their steps as they prepare themselves for their final act of resistance, a suicide mission in Tel-Aviv.

The movie focuses on the views of the two friends, and the people who accompany them during their final day. The men get ready to strike, and while they get shaven to look like Jewish settlers, they record their martyr video messages and converse about Koran passages. When they cross the fence to get into Israel, Said and Khaled are split up due to an Israeli patrol. Back at the Palestinian side of the fence, they keep searching each other, while Khaled silently grows doubts about what they are about to do.

His doubts get encouraged by Suha, a modern Palestinian girl and the daughter of a well known martyr. She likes Said, but is unable to get trough to his feelings about his mission. After Khaled and Suha find Said at night, the two friends later decide to continue with their mission regardless of Suhas and Khaleds reservations. While in Tel-Aviv the next day, Khaleds doubts overcome him though and he wants to back out after all. Said needs to go on alone, and is to fulfil the mission to its end.

Tagline: From the most unexpected place, comes a bold new call for peace.

Based on 0 rating
0 user 0 critic
Did you know? When the film was nominated for the Best Foreign Language Film Oscar, much controversy surrounded the Academy of Motion Picture Arts and Sciences' decision to designate it as a submission from the Palestinian Authority, rather than Palestine. Due to much protestation from writer-director Hany Abu-Assad, the film was eventually announced by Will Smith as being a submission from the Palestinian territories. Read More
0 User Reviews
No reviews available. Click here to add a review.
Cast

Continuity
When Khaled and and Said are sitting on the rocks waiting to cross the fence, Khaled puts his right hand on Said's shoulder and holds it there. When the shot changes to a different angle, Khaled's right hand is by his side.

Continuity
When Khaled makes his speech for the second time, two of the people watching him are eating pitta. The man with the purple T-shirt is holding the pitta with his right hand in one shot, with his left in the next.
Trivia:
Jina Sumedi wrote an original score for the film that ultimately was not used.

When the film was nominated for the Best Foreign Language Film Oscar, much controversy surrounded the Academy of Motion Picture Arts and Sciences' decision to designate it as a submission from the Palestinian Authority, rather than Palestine. Due to much protestation from writer-director Hany Abu-Assad, the film was eventually announced by Will Smith as being a submission from the Palestinian territories.

The first Palestinian film to be nominated for an Academy Award. 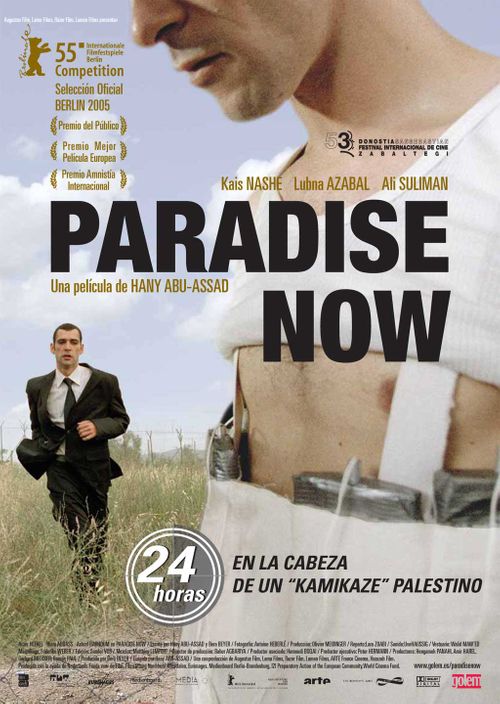 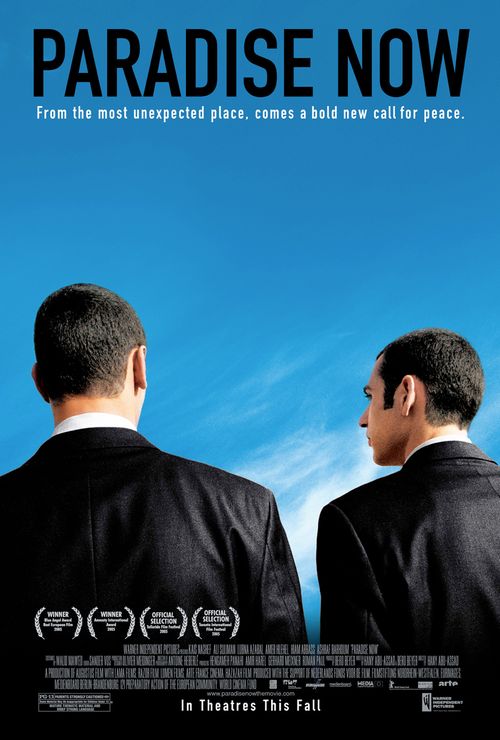 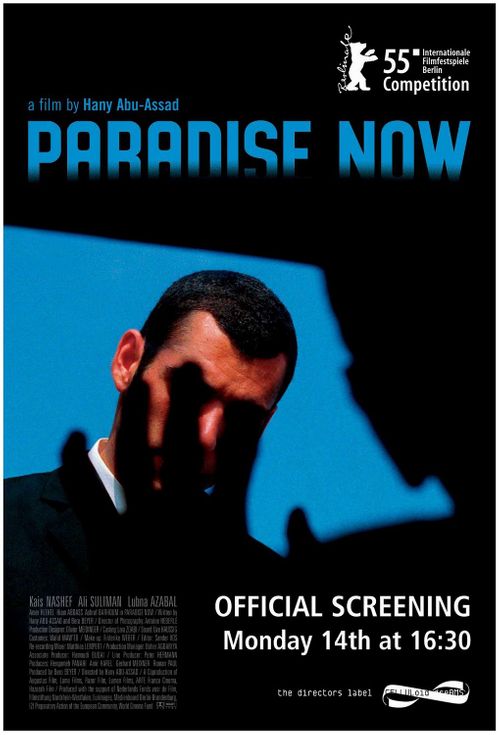 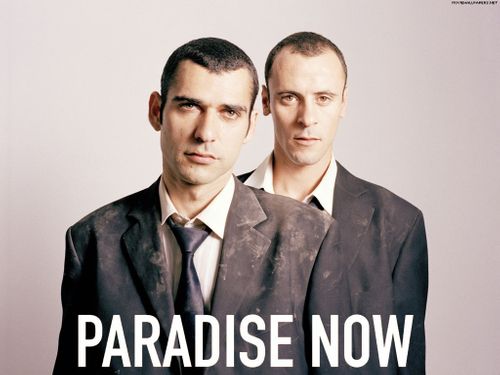 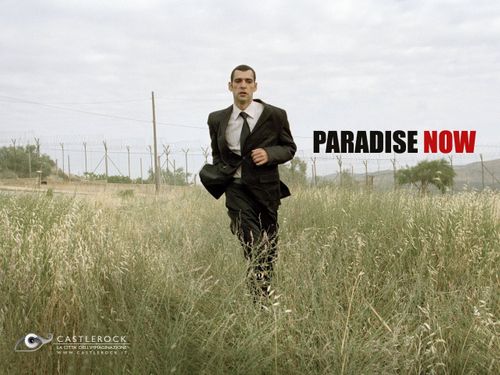