Cancel
Just six months after the events of the prequel, C.I.D. Ramdas (Mohanlal) and C.I.D. Vijayan (Srinivasan) are called to Kerala to find the murderer of a police officer. The two incompetent and clueless men find themselves facing a dangerous crime syndicate that deals in drug trafficking. In addition, Anandan Nambiar (Thilakan), the man they put behind bars in Nadodikkattu (1987), escapes from jail. Will the bumbling detectives succeed in coming up trumps once more against powerful and dangerous enemies?
See Storyline (May Contain Spoilers)

Spiced with upbeat humour, this action comedy starts with Ashoka Varma (Prathapachandran) a police officer, trying to prevent smuggling and drugs exporters. On the night he found the crucial evidence needed, he was murdered in his house. To find the murderer Kerala Home Minister (Oduvil Unnikrishnan) invites C.I.D. Ramdas aka Dasan (Mohanlal) and C.I.D. Vijayan (Sreenivasan) to Kerala.

On the day they arrived, CI (Azeez) takes them to their residence. They mistake Damu (Mala Aravindan) their cook for the murderer and beat him up. Due to Damu's injury they took their supper in a hotel. In that hotel Ramdas overhears a conversation and mistakes Isaac (N._L._Balakrishnan) and Prof. Vidyadharan (Paravoor Bharathan), two bird watchers, as the murderers.

After the supper, Dasan and Vijayan walk along through streets and run into Isaac. When they try follow him, they are shot at and ambushed by a group of villains and a fight breaks out. After the fight they are saved by Prabhakaran Thampi (Karamana Janardanan Nair), the real smuggler and drug king, who pretends to be mill owner involved in a lot of social service projects. Prabhakaran Thampi advices Dasan and Vijayan to withdraw from the investigation telling that there are many officers, who were investigating this case, have been murdered and that he does not want the duo to share their fare. Dasan and Vijayan are frightened but they put on a brave face before him.

Dasan and Vijayan decide to go undercover and start the investigation. With the help of Vijayan's idea they dress up as Moopla umbrella repair men. While investigating, a lady (K.P.A.C. Lalitha) gives them an umbrella to repair. They try to ask her about Isaac but she is not interested. They do a bad job in repairing the umbrella. At that time the lady's daughter-in-law Shobha (Ambika) arrives there and she spots Vijayan's fake beard and realizes that they are not genuine repair men. Thinking that they are burglars, the women raise an and neighbours gather to catch the "burglars". The duo run away from there, leaving behind their repair kit.

After that failure, Vijayan and Dasan dress up as Tamil parrot Tarot diviners, based on Dasan's idea. When they reach a bus station, and Shoha too is there. She recognises them and alerts the other passengers that they are thieves. The local people get hold of the duo, and beat them up and take them to the police station. The CI (Azeez) reaches there and informs the local people that the duo are CID's from Tamil Nadu. When the duo leave the police station, Shobha apologises to them, and Ramdas accepts the apology..

After that day Ramdas arrives at Shobha's house and gives them a new umbrella as a replacement for the one he broke. Shobha gives him tea, but at that time he sees Isaac and runs after him, without drinking tea. He follows Isaac and finds his abode.

In the DIG's office, Dasan and Vijayan tell the officers that they have found the murderer and they will arrest him with all necessary proof. When they come out of the DIG's office they meet up with Prabhakaran Thampi who has come there to invite DIG for the stone-laying ceremony for a hospital. Thampi enquires about the investigation. The duo tell him that they are close to catching the culprits, who are masquerading as pillars of the society (referring to Isaac) and that they will unmask them. This frightens Prabhakaran Thampi.

That night, when they return from the cinema, they are attacked by a masked man (Thampi's sidekick) in their house acting on the behest of Prabhakaran Thampi. They fight with him and takes his mask from his face and one of his shoes, but he manages to escape from there.

The next day Ramdas and Vijayan goes to Isaac's house. Vijayan dresses up and acts as a servant named Thankappan in front of Isaac, hoping to take his blood. But Issac does not allows him anywhere near the house. So Ramdas advises him to get employment in another house as servant and in the night to sneak and take the blood of Isaac after knocking him out with chloroform. The neighboring house happens to be Prabhakaran Thampi's house. When Prabhakaran Thampi arrives at house, he does not recognize Vijayan, because of the disguise.

Ramdas visits Shobha and apologises for running away from their house the previous time. Shobha's mother in law(K.P.A.C. Lalitha) tells him that her son was murdered in an accident. Dasan asks Shobha about this. She tells him that her husband Rajendran was murdered in a hit-and-run accident at checkpost. However, she did not get any compensatory "drying-in-harness" job, because Rajendran died two days before completing the mandatory 2 years. He promises her that he will do his best to help her.

Meanwhile at Thampi's house, Vijayan is caught in a power struggle between Thampi's wife and mother. Thampi's maid falls for Vijan, who is annoyed by that. At night, Vijayan sneaks to get Isaac's blood but accidentally, inhales chloroform while sneezing.

Vijayan comes back from Prabhakaran Thampi's house, finds someone wearing the mask of murderer and beats him. Then Dasan comes and catches Vijayan and saves Damu who had been wearing the mask. Damu criticizes them for not finding any proof for the investigation. Vijayan shouts at Dasan for his lack of support at Prabhakaran Thampi's house. Vijayan tells Ramdas that he is going back to Madras (Chennai). Ramdas reveals to Vijayan that Anandan Nambiar broken out from jail and is searching for them.

They leave there in a huff. Ramdas relates to Shobha all that has happened. Vijayan doubts Dasan and teases that he fallen for Shobha. Dasan retaliates by taunting Vijayan for failing to obtain Isaac's blood. Ramdas challenges Vijayan and states that that he will bring Isaac's blood without his help.

Dasan arrives at a hotel where Isaac (N._L._Balakrishnan) and Prof. Vidyadharan (Paravoor Bharathan) who has gone for lunch. Dasan tries to get Isaac's blood using a syringe, but manage to get only the waiter. Isaac tries to catch him but he escapes from there. Isaac recognizes Dasan, who has been following. He suspects that he came to stole his experimental details of bird watching.
Prabhakaran Thampi arrives at copra go-down and tells his man to start the drug running from Idukki. His lorry rams down a check post gate and the police chase them.

Meanwhile, Dasan tries to draw Isaac's blood when he is engaged in bird watching. Isaac beats Dasan and chases him but he escapes in his Jeep. At that time Prabhakaran Thampi's lorry comes that way, Isaac jumps into the lorry and beats Prabhakaran Thampi's men, throw them out and follows Ramdas. Dasan's jeep gets damaged and he sees Prabhakaran Thampi's lorry and tries to stop it. When he gets into lorry, Isaac beats him but Dasan manages to escape because Issac is distracted by the sound of the bull finch that he has been studying. The police arrive there and are under the impression that Dasan has single-handedly overpowered the goons and seized the ganja shipment. Realizing what is going on, Dasan acts the part.

Prabhakaran Thampi shocked to hear the news about the seizure of his shipment and blames Anandan Nambiar for all this. Prabhakaran Thampi's man tells Nambiar that there is another way go to Dubai without a passport. He introduces Gafoorka (Mamukkoya) to him, who, for a sum, is willing to redirect his cargo ship sailing to California via Dubai. Gafoorka advises Nambiar dress up as an Arab and teaches him a few basic Arabic greetings.

Isaac and Prof. Vidyadharan plan to go after the elusive bull-finch which was observed in an island and by chance, their boarding point is exactly where Gafoorka plans to rendezvous with Nambiar. Dasan and Vijayan who follow Issac and Viyadharan, sees them getting on a boat and looks for the nearest boat which happens to be Gafoorka's. On seeing his nemeses approaching, Nambiar jumps in the lagoon and escapes. Dasan and Vijayan catch Gafoorka and retrieve the money that they had been tricked into paying him, in the previous film.

Ramdas requests Shobha to sign application for her job. Nambiar shocked to see the driver of lorry, meant to take him away, was Puthanpurakkal Balan (Innocent). He relates this to Prabhakaran Thampi and adds that Balan is a spy of CIDs. Prabhakaran Thampi decides to punish Balan who is dragged off the road by Prabhakaran Thampi's goons, beaten up and kidnapped and presented by Kunjukrishnan before Nambiar. Balan mistakes Nambiar for a Swami. Nambiar threatens him for being a spu. Balan understands what's going on. Nambiar orders Balan to kill Dasan and Vijayan and threatens to kill his family should he disobey. Balan goes to Dasan and Vijayan's home and Damu fights with him. He rescued by Dasan and tells Vijayan that he will stay with them.

Dasan arrives at Shobha's house and gives her the appointment letter of her job. The Home Minister thanks Ramdas and Vijayan for their hard work for find the culprits and saving his seat. Ramdas also apologises to Isaac for misunderstanding him. Isaac says he doesn't mind because it was all for a good cause. After that Dasan and Vijayan leave to Tamil Nadu.

Based on 1 rating
0 user 0 critic
Did you know? This movie is the sequel to the blockbuster hit Nadodikkattu (1987). Read More
0 User Reviews
No reviews available. Click here to add a review.
Cast

Mohanlal
as Ramdas (aka Dasan) 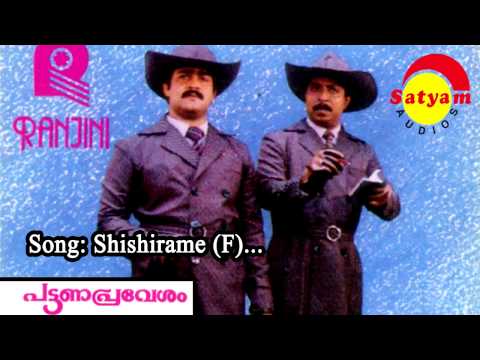 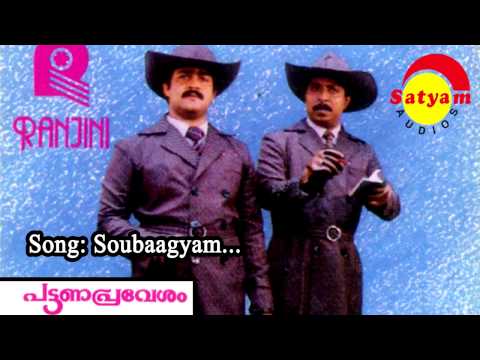 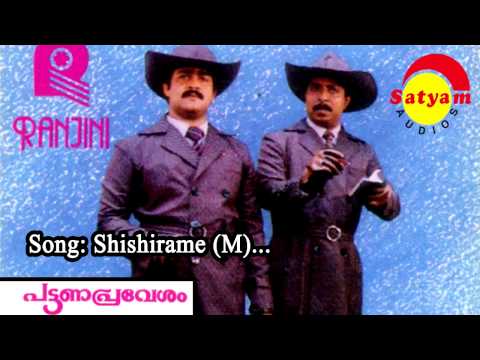