Cancel
Using their wits, Ganpatrao "Babubhai" Apte, Ghanshyam "Shyam", and Raju find themselves wealthy beyond their imagination. They each have a car, a palatial house with a huge swimming pool, that Babubhai is yet to familiarize himself with, and a very easy life. Then Raju finds out that he can double his wealth in 21 days, and meets with an attractive young woman named Anuradha from an agency in Bombay's business district. She informs him that the minimum investment is one Crore, and Raju quickly agrees to invest this money. He dupes another man by the name of Pappu into parting with 50 Lakhs, and the rest of the money comes through by getting Shyam and Babu to sign away their respective investments. After 21 days when the trio go to collect their doubled wealth, they find that Anuradha and her company have disappeared. Devastated, they move out of their bungalow and are now living in a shanty room in a Chawl when they get a visit from Pappu, who wants his money back, as he owes this money to Tiwari, an underworld Don. The trio decide to meet with Tiwari and plead with him, but all in vain, then they decide to stage a robbery, however, that does not go well either. It is then they find out that a rich Parsi man owns an antique gun collection that is worth more than their loss. They plan to steal these guns, and make a deal with Tiwari, however, once again Murphy's Law prevails and the hapless trio find themselves on the run from a multitude of gangsters and killers - including a man who can bite through steel and a faceless 8 foot monster - who will not stop at anything to get their hands on the guns.
See Storyline (May Contain Spoilers)

The film opens with a prologue bringing the audience up to date, stating that each has suffered a personal loss as well as a gain. They all became rich, but Shyam lost his love, Anuradha in an automobile accident, Raju's mother has died after battling a disease and Baburao - despite having not much to lose in the first place - has lost the little commonsense that he had possessed.

The three men are living life king size in a massive bungalow and splurging on various luxuries. Raju hears about an idea for doubling his wealth from a con woman Anuradha (Bipasha Basu) who is claiming to be a bank manager, and he convinces Shyam and Baburao to go along with it. Raju first arranges for Rs. 30 lakhs from Shyam and Baburao and then a further 50 lakhs by selling their bungalow. He convinces a small-time goon, Pappu (Rajpal Yadav) to contribute the balance of Rs. 20 lakh so that he can come up with the minimum deposit of Rs. 1 crore, which Anuradha has promised to double.

The trio invest the money and three weeks later realise that it was all a scam and that they are now penniless. The goon is also in trouble because he had borrowed money from a lisping but dreaded gangster, Tiwari (Sharat Saxena), who will kill him if he doesn't pay up. Raju, Shyam and Baburao now have three days to come up with Rs. 40 lakhs to pay back the goon or else they will themselves be killed. They have to leave their bungalow and live in a chawl (tenement) where Anjali's (Rimi Sen) father is an accountant.

There they steal drugs from their neighbor (Johnny Lever) who has himself stolen the drugs from another don Nanji Bhai (Milind Gunaji). The drugs are worth about Rs. 3 crores (thirty million). They think that if they can sell them to Kachara Seth (Manoj Joshi) and pay off Tiwari, they can also become rich. But their neighbor once again steals the drugs from them. They then run into Anuradha and she tells them that the entire scam was hatched by Kabeera (the gangster from the first Hera Pheri) to get revenge on the trio, and that the only reason she went along with it was because they were holding her niece hostage (Anuradha's sister was Kabeera's gang member and part of the first movie's kidnapping plot). Their money was converted to diamonds to pay the ransom, but she fled with them once she discovered her niece had escaped.

In the end, all the guys end up in a circus show where they attempt to get hold of the diamonds. These are strewn all over the ground in public by a gorilla. Raju escapes with Pappu's cellphone and three antique guns with him, which are worth Rs. 5 to 6 crores, though he does not know about it. Thinking of all the trouble they have been in, he angrily tries to throw the guns into the river to get rid of their problems. Fortunately for him, the guns get stuck on a ledge. He tries to go down and throw them into the water. When Baburao and Shyam come to know about the worth of the gun from Pappu when he is arrested, they call Raju on Pappu's phone. The film ends with Raju attempting to get hold of the guns while his phone is ringing. On the other end, Shyam and Baburao anxiously wait for Raju to answer his phone.

Based on 0 rating
0 user 0 critic
Did you know? Bipasha Basu's and Rimi Sen's voices were dubbed in the film. Read More
0 User Reviews
No reviews available. Click here to add a review.
Cast

Priyadarshan, who directed the first film, refused to direct this sequel as he felt the magic could be created only once, so Neeraj Vohra was brought in. Coincidentally the film released on the same day as Priyadarshan's Chup Chup Ke but Phir Hera Pheri was a big hit and Chup Chup Ke just an average grosser.

Lara Dutta was signed for the film but later opted out.

Bipasha Basu's and Rimi Sen's voices were dubbed in the film. 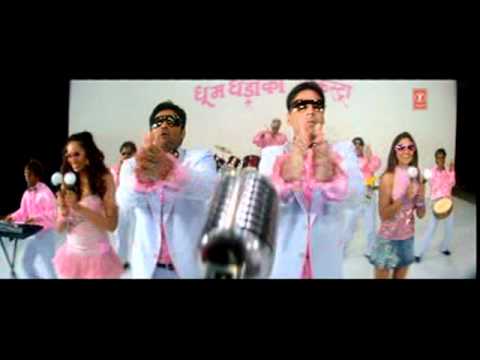 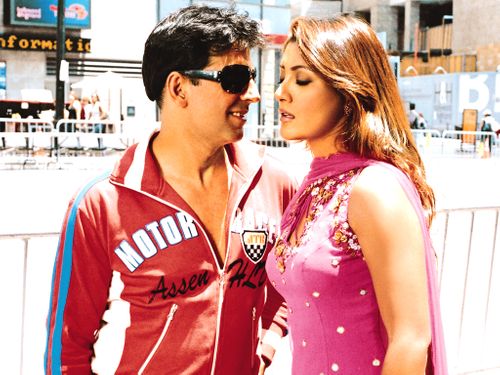