Cancel
This thought-provoking tale follows the fluctuating fortunes in the life of Viswanatha Panicker, the corrupt president of a grama panchayat. Panicker is a self-made man who has become immensely wealthy through corruption. He is called 'Pramani' because he has in his custody several documents; the Pramaanams as they call it. No prizes for guessing that these remain in his custody much against the wishes of its owners. Panicker is also called 'America' for his special interest in getting involved in other people's issues, irrespective of whether he is wanted there or not. Every man comes to a point in his life when he would have to turn a new leaf and start afresh. Into Panicker's life walks in a new Panchayat Secretary by the name of Janaki (Sneha), who makes life hell for him, as she a strict disciplinarian with no mercy for corrupt people like him. Panicker also has two other major adversaries. Castro Vareeth (Janardhanan) who is the Leftist president of a village that lies close by, and the firebrand revolutionary Mao Murugan (Suraj Venjarammood) who is a die-hard follower of Che Guevara often lock horns with the panchayat president. Amidst this tumultuous political backdrop more problems arise when Janaki and Viswanatha Panicker are accused of having an affair, with fingers being pointed at their integrity and character. Will Panicker succeed in realising his past mistakes and redeem himself in the eyes of those who matter to him?
See Storyline (May Contain Spoilers)

Viswanatha Panicker (Mammootty) is a corrupted Panchayat president of Thazhe Keezhppadam grama panchayath in Kuttanad for 25 years. He earns a lot of wealth through his corruption and by cornering his village people to hand over their lands to him. But he never acquires in his name, instead he gives them to his relatives.

He has also been nicknamed 'America' for his tricky ways to play the big brother and thereby getting control over the issues where he gets involved. Panicker's dealings are done through his cousin brother and confidant, Somasekharan (Siddique).

On the other hand Castro Vareeth (Janardhanan) is totally different man from Viswanathasa Paniker. He wants his village people to have a peaceful life.

The members of the Panchayat who work under Viswanatha Paniker are also ruthless and they are afraid of the arrival of the new Panchayat Secretary Janaki (Sneha) as they claim that she is very strict. On arrival, she finds out that there are so many illegal transactions and threatens that she will write to the higher authority. But, Panicker never listens to her and continue their illegal works.

Somasekharan meets Bobby (Fahadh Faasil) who is on his mission to expose the illegal activities of Panicker amongst the public and bring them to light. Soma threatens Bobby but he continues his work. Panicker later learns that Bobby is the grandson of Rosy Teacher (Lakshmi) and son of his old friend Varkichan Joseph (Prabhu) and Panicker never comes across his way.

Panicker illegally wants to sign an agreement for Cyber Park Project which needs more land for the construction of the building. Janaki is against it claiming that it is an agricultural land. But Panicker-Soma wants the agreement to be signed and Soma house-arrests Janaki along with her ailing mother (K. P. A. C. Lalitha) while Panicker signs the agreement with a secretary for that day in place of Janaki and he controls the other members of Panchayat with the bribe.

Later Rosy teacher advices him and asks him to cancel the agreement. She also recites that Panicker has got this job only because of the death of her son, Varkichan and she always wanted Panicker to be honest like her son. Panicker, on the advice of Rosy, plans to cancel the agreement but Soma and the other family members stand against him.

They ask him to leave the house if he wants to cancel the agreement. Panicker leaves the house with the Orphan girl, whom he claims that, he saw her in the train on the day of Varkichan's death. Panicker starts living in the Panchayat office and Janaki feels sad for him and starts supporting him on knowing that he had changed.

Panicker and Janaki go to meet higher authorities in Alapuzha to cancel the agreement but the authority says that he had been receiving anonymous letters from the village that there is an illegal relationship between Janaki and Panicker. Janaki insults the authority by saying that he had time to read these letters but never had time to do his job.

Soma, who is against Panicker now, brain-washes Bobby into thinking that his father Varkichan's death was not an accident but a murder by Panicker to acquire the President post. Bobby, who partially believes it, asks Panicker and says that he is on his way to Trivandrum for work.

Next day, Bobby's things are seen near the river and Soma claims that Panicker has killed Bobby and is order. Rosy believes it and she slaps Panicker. Panicker recites the story of her son Varkichan that he had hidden from others for the past 25 years. He says Varkichan had a relationship with a lady after his marriage, fathered a girl with her and that he had taken him to his concubine's funeral.

By accident, Varkichan had fallen from the train during their return journey. He also says that the girl whom he claimed to be an orphan whom he saw in train, is Varkichan's daughter. Panicker swears that he will bring Bobby back.

Panicker slams Soma and finds Bobby. He apologizes to the village and also to Rosy teacher and swears that he will go in a right way.

Based on 0 rating
0 user 0 critic
Did you know? Fahadh Faasil plays a very important role in this film after 'Kaiyethum Doorathu'. Read More
0 User Reviews
No reviews available. Click here to add a review.
Cast

Mammootty plays the role of corrupt Panchayat President, and it was initially said that Kavya Madhavan is going to pair with Mammootty as the heroine but due to unknown reasons, she backed out from the project and Sneha was named as Mammootty's lead pair.

Actor Prabhu Ganesan plays a cameo role in this film.

This film was dubbed in Tamil under the title 'Bramma'. 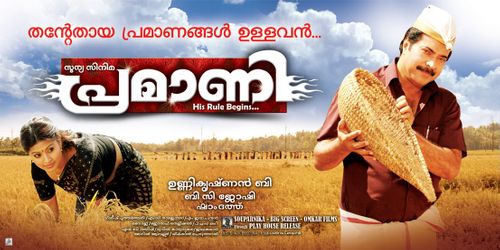 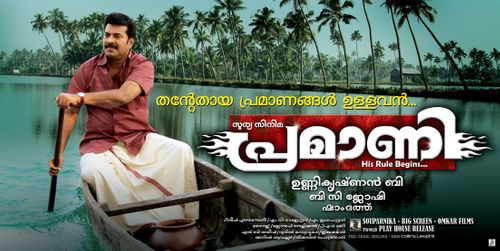 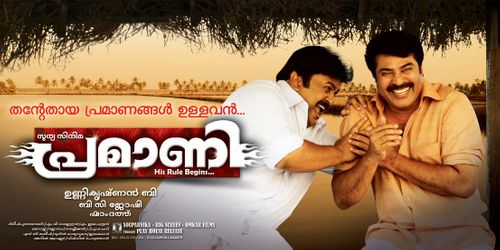 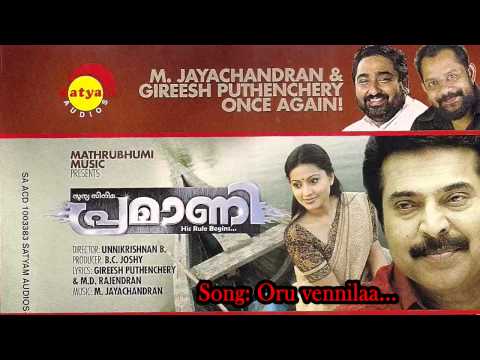 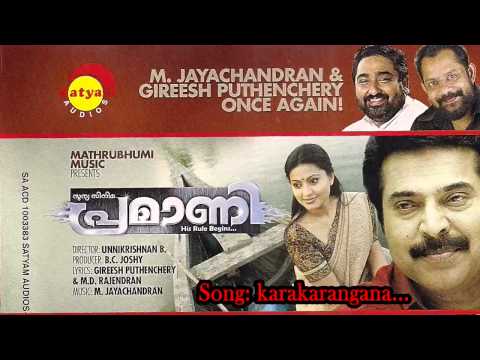 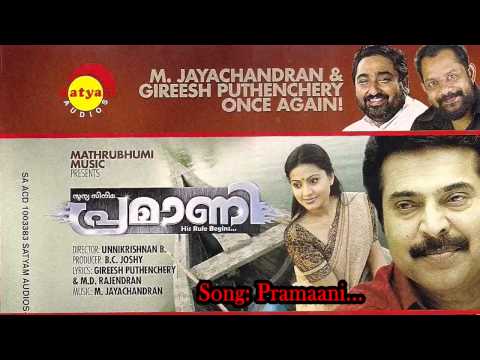