Cancel
Sanjana loves Rahul, but Rahul treats Sanjana as a friend. He is attracted to Nisha, and announces that he will be marrying her soon. Sanjana does not take kindly to this, and in her heart hopes to make Rahul change his mind. She hires Shekhar to be her lover/boyfriend, and go out with her, so as to make Rahul jealous. This does not work, Rahul is drawn even closer to Nisha, and Shekhar finds himself falling in love with Sanjana. Sanjana finds herself getting attracted to Shekhar, only to find out that the police, especially Inspector Khan, would like to arrest Shekhar for criminal activities.
See Storyline (May Contain Spoilers)

Sanjana (Kajol), an exceptionally clumsy woman, lives in Paris with her uncle (Harish Patel) and is about to marry her love, Rahul (Bijay Anand). Rahul is about to go to India on a business trip and Sanjana insists on going with him, even though she has an intense fear of flying. When the plane is ready to take off, Sanjana's fear gets the best of her and she creates havoc on the plane, managing to get herself off the aircraft safely. A few days later, during Rahul's daily phone call to Sanjana, he blurts out that he has fallen in love with Nisha (Kashmira Shah) and intends not to come back to Paris to marry Sanjana.

Sanjana decides to fly to India and get Rahul back whatever the cost, including overcoming her fear of flying. As the plane is about to take off, a passenger named Shekhar (Ajay Devgan) sits next to her. He realizes that Sanjana is scared of flying, so he diverts her attention by provoking her. During the flight, Sanjana accidentally spills a drink on Shekhar and realizes that he is hiding something. Shekhar goes to the toilet, and while inside he pulls a plant wrapped in a cloth out of his pocket. He unwraps the cloth covering the plant, revealing a diamond necklace that he had stolen from Paris. After returning to his seat, he slips the necklace into one of Sanjana's bags in order to sneak it by customs. After a chaotic journey, the plane lands in India.

Sanjana's bags, however, are eventually stolen, and Shekhar decides to stay with her as a way of staying close to the necklace. Meanwhile, Police Inspector Khan (Om Puri) is after Shekhar for stealing the necklace. Shekhar and Sanjana end up in Shekhar's native village, where they participate in the festivities surrounding the wedding of Shekhar's sister, Chutki (Purnima Talwalkar). Shekhar falls in love with Sanjana but does not tell her. Meanwhile, Sanjana finds out that Shekhar wanted to earn money for the surgery of his nephew, who needs a heart transplant. She tells him that she has had the diamond necklace all along, while Shekhar promises to help Sanjana find Rahul.

Rahul has gone to Palam Beach with Nisha, and Sanjana, still in love with Rahul, is determined to separate them. She and Shekhar go to Palam Beach and find Rahul and Nisha, and Shekhar pretends to be Sanjana's boyfriend to make Rahul jealous, all the while being careful not to reveal his true feelings to her. Sanjana, unfortunately, opts for another plot – acting as a rich heiress – and makes Rahul rethink his relationship with her. Shekhar and Sanjana are invited to Nisha's birthday party, where she announces that she and Rahul are engaged. Sanjana is shocked, and in a moment realizes that she has fallen for the brooding, intense Shekhar. However, she does not tell him, not knowing that he loves her as well.

One day, Inspector Khan finds Sanjana and tells her that Shekhar has stolen the necklace, and that he wants it back without having to arrest him for theft. Sanjana, knowing how important the necklace is for Shekhar, gives it back to Inspector Khan but tells her boss in Paris to get all her francs, convert them to rupees, and give them to Shekhar. She then tells Shekhar that she sold the necklace, and that she has decided to return to France. After Sanjana leaves, Inspector Khan tells Shekhar what Sanjana did for him, and he rushes off to the airport to tell Sanjana of his love. He manages to stop her flight from taking off. Shekhar tells Sanjana he loves her, and she tearfully confesses that she loves him too. The two embrace on the plane in front of the cheering passengers.

Tagline: It could be your Love Story

Based on 0 rating
0 user 0 critic
Did you know? The film is a remake of the American movie French Kiss (1995). Read More
0 User Reviews
No reviews available. Click here to add a review.
Cast

This is Ajay Devgn and Kajol's last supt hit film together and also their last film before getting married to each other.

Govinda was also working on a French Kiss remake called Dil Deewana Maane Na. Once Govinda, but shelved it upon realizing that this film was being made with the same script. 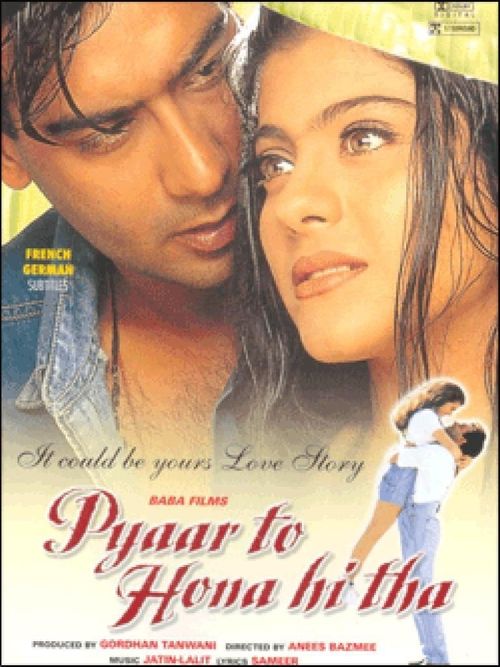 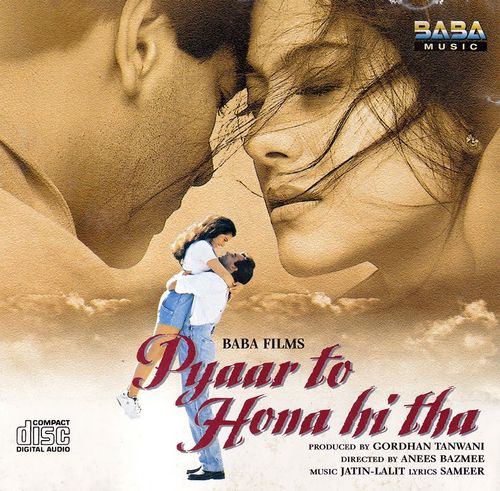 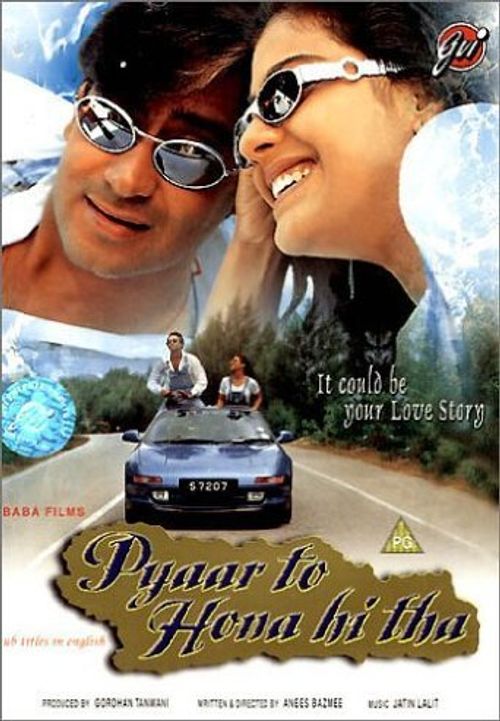 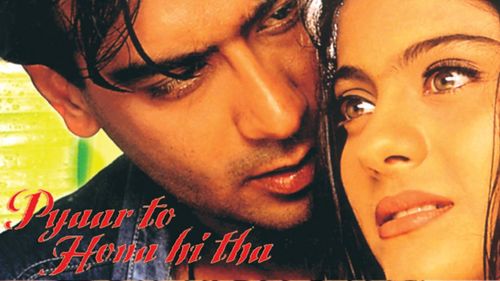