Cancel
Mira (Neha) comes from a very wealthy family, however, she wants to get married to Akash Sharma (Jatin Grewal), who is not so wealthy. Against the wishes of her mother and brother, Mira gets married to Akash. The bad memories are left behind when Mira's family finally "forgives" them, at the birth of baby-boy, Rahul (Yash Pathak). With the family with such a acrimonious past, coming together, their marriage deteriorates, to such an extent that they have to involve the police and the courts for purposes of custody. The only obstacle coming between the couple from getting married again to different people are marred by Rahul, who is unable to accept his parents' divorce.
See Storyline (May Contain Spoilers)

Mira (Neha) comes from a very wealthy family, however, she wants to get married to Akash Sharma (Jatin Grewal), who is not so wealthy. Against the wishes of her mother and brother, Mira gets married to Akash. Akash and Mira start a life full of love. Once Rahul is born Mira's family forgives them. Akash has his own small business of travel. He is dedicated towards work but would not earn money by cheating. On Rahul's first birthday Akash gives Mira the permission of inviting her family. At the venue Mira's family comes along and insults Akash to the core. This infuriates Akash and he hits Mira's brother. Mira asks Akash to ask forgiveness from his brother which the former refuses. Mira's family forcibly takes her away from Akash. She is also forced to leave behind her son Rahul. Akash and Mira get divorced in the court and fearing that Akash might take his life in absence of Rahul, Mira is forced to give the custody of her only child to Akash, until he is at least 5 years old.

Rahul who had been so long living with his father misses his mother very much. His father has infiltrated the idea in him that his mother is very bad. However, he finds out from John uncle that Mira is very good and that she lives in Mahabaleshwar with her parents. Rahul secretly goes and meets her, after which he finds out that his mother is very loving and caring towards him. Rahul and Mira continue to meet each other secretly. Meanwhile Rahul falls ill quite often, which leads others including the family doctor to suggest that Akash goes for a second marriage with Shiela. Shiela too cares for Rahul. Akash initially refuses but eventually agrees for the sake of Rahul. Rahul likes Shiela but cannot take her to be his mother. Mira comes to know the fact that Akash is getting ready for a second marriage. Mira's family also wants her to get married to Naveen.

One day Akash finds out that Mira and Rahul are in touch. He forces the kid to tell Mira that he hates her. This creates a tremendours pressure on Rahul's mind who gets drenched in rain and falls sick. This leads Akash and Mira to come to the hospital and confront each other. Mira then realizes that her family had been selfish all along and that Akash wasn't at fault. After Rahul is saved, the two get united for the sake of Rahul.

Based on 0 rating
0 user 0 critic
Did you know? Manoj Bajpai was offered Jatin Grewal' s role but turned it down. Read More
0 User Reviews
No reviews available. Click here to add a review.
Cast 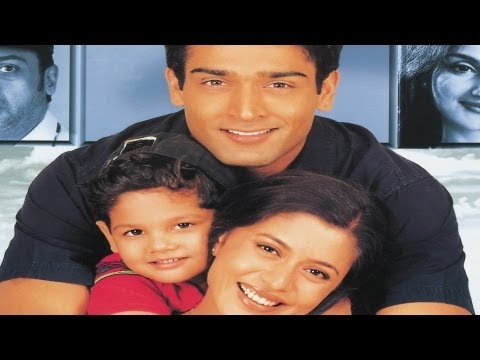