Cancel
A brave man decides to kidnap his friend's beloved from a forced marriage, but ends up abducting the wrong bride. Ironically, the bride he kidnapped is ecstatic because she was already planning an escape. On the run, they fall in love, but in order to get married, they must convince their families.
See Storyline (May Contain Spoilers)

Laden with laughs, this romantic drama begins with Raghupathi (Nassar) being introduced as the eldest of his three brothers - the other two being Raghava (Tanikella Bharani) and Rajaram (Vajja Venkata Giridhar) and sister Swarajyam (Rajitha) and her husband (Chandramohan) with Chandu (Ram) as the only son of Raghava and sole inheritor of the property of 'R S Brothers'.

Chandu plans the elopement of his cousin Swapna (Tamannaah) with her boyfriend (Navdeep) due to which he is ousted from the house and is isolated from his family by Raghupathi. However, Chandu tries to re-establish links with his family members, but to no avail.

Meanwhile, on the last day of his college, Chandu and his friends meet their friend "Google" Gopi (Ravi Varma) who is depressed because his girlfriend is getting married to someone else. Chandu decides to stop the marriage and marry off her to Gopi. However, they kidnap Pooja (Genelia D'Souza) instead of Gopi's girlfriend due to a mistaken identity. After being chased by some hooligans - who are after Pooja - they escape with the exception of Chandu and Pooja who end up in forest. Chandu falls for Pooja who also reciprocates his feelings.

After learning that her best friend is not in town, Pooja decides to stay in Chandu's home disguising herself as disciple of Raghupathi's spiritual guru. Chandu is also welcomed back in his family. Just as he's about to propose to Pooja, Chandu gets to know of Pooja's true identity.

She is an NRI who came to visit her warring maternal uncles Peddinaidu (Kota Srinivasa Rao) and Chittinaidu (Jaya Prakash Reddy). Both of them try to force her into marriage with their respective sons to get a hold on her property she inherits. Chandu decides to transform them before marrying Pooja. He joins their auditor 'McDowell' Murthy (Brahmanandam) as his assistant. Murthy introduces Chandu as his nephew to both Peddinaidu and Chittinaidu. When asked about Chandu's experience in auditing, Murthy lies to them that he used to be an auditor in America to imaginary brothers 'Chicago' Subba Rao and 'Dallas' Nageswara Rao.

Chandu manipulates Murthy's funny idea and makes his uncle Raghupathi and his father pose as Chicago Subba Rao and Dallas Nageswara Rao respectively. Swarajyam's husband and Rajaram pose themselves as the friends of Pooja's parents and make Peddinaidu think twice about his son's marriage with Pooja after they deliberately lie to him that her parents took a loan of 100 crores from World Bank. Chittinaidu also decides to call off his son's marriage with Pooja after Chandu plays a prank on him that Chicago Subba Rao's daughter has more property than Pooja. After some hilarious twists and turns, Chandu and his uncle Raghupathi bring about a positive change in both Chittinaidu and Peddinaidu and Pooja marries Chandu after her uncles give their consent.

Based on 1 rating
1 user 0 critic
Did you know? Navdeep Pallapollu and Tamannaah Bhatia make cameo appearances in the film. Read More
1 User Review 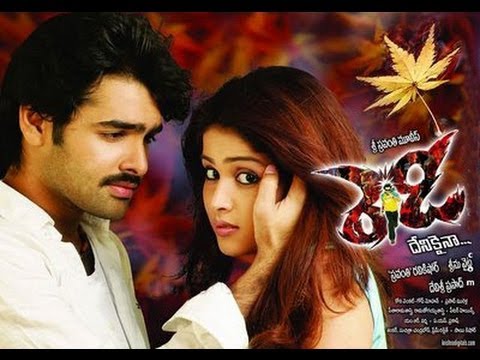