Cancel
Survivors of a strange contagion which turns humans into ghouls find themselves aboard a ship where a doctor is trying to isolate the source of the outbreak.
See Storyline (May Contain Spoilers)

The film opens with the GEOs sent in to recover Ángela. They begin setting bombs all over the apartments, but when they're ambushed by the infected Manu and the old man, they then kill them off and kill the officers infected as well. They then hear Ángela's screams for help and tell her it is time to get out.

Ángela wakes up in a room where Doctor Ginard is performing tests on her. He asks her if she remembers anything and she says no. Ginard takes a blood sample to make sure she's clean. A GEO, Guzman, finds an elderly lady, who is revealed to be the only survivor of the events of the third film. He meets up with his partner, Lucas. Ángela attempts to escape the lab, and runs into Guzman. Both discover they are on a boat. Doctor Ricarte and the soldiers tell them that the situation is under control as Ángela's blood returned clear of any infection.

Guzman is introduced to Captain Ortega, who's making his last voyage, and Nick, who's in charge of com-apps. Nick is trying to recover the footage from Ángela's camera. Later that night, a blackout occurs. Guzman finds Ángela walking in the hallways of the ship. She claims to have gotten scared and Guzman keeps her wandering a secret. The next afternoon, Ángela meets Nick, who's a huge fan of hers. He shows her the tape and Ángela begins to remember Tristana Medeiros. Nick also sends the file to the labs for them to look over.

Ricarte and his team discover that their test subject, an infected monkey, was released during the blackout. The monkey attacks and infects the ship's cook. Their blood contaminates the ship's food supply, which infects most of the crew through ingestion. After unsuccessfully testing an antidote on the cook, they leave Ángela, Guzman, Lucas and the old woman in the cafeteria. It turns out Lucas took a sample of blood from the building and knows that the people in charge are the Vatican. After they arm themselves with knives and kill two infected men and a monkey, the old woman is separated and Lucas volunteers to find while Guzman and Ángela go to the Captain and Nick for help.

Ricarte gives up with nothing left to do to stop the infection and then decides to pursue the “protocol.” Just before doing so, his assistant informs him of receiving the uploaded footage. Ricarte witnesses Tristana inserting a worm-like parasite into Ángela. He attempts to extract the parasite by forcing surgery on Ángela, who pleads that she doesn't know what he's talking about, but before an incision can be made, the captain's assistant who is now infected breaks in and bites Ricarte's assistant which allows Ángela to escape. Ricarte and his team then go to search for Ángela but then seals himself away after the cook is released and attacks his team only to be attacked by Ángela, who bites him, telling him to scan his blood and see for himself that he is mistaken. Guzman, Lucas and Nick then try to find weapons and a way to restart the ship. Nick then tells them that Ángela is alive so Guzman goes to find her while Lucas and Nick head to the boiler room. Ricarte proves Ángela's theory when his analysis returns negative. Still, Ricarte is convinced that Ángela is tricking them so Guzman asks Ángela if she is, but then she asks Guzman if he has been tricking them all along. It's revealed that Ángela passed the parasite into Guzman during her rescue. Ricarte then sets the ship to self-destruct and escapes while Guzman traps Ángela below.

Lucas is then killed by the infected in the boiler room and Nick finds Ricarte, who has a lifeboat. Nick asks for Ángela but Ricarte tells him she's as good as dead. Nick knocks him out, takes the lifeboat and searches for her. He later finds her, and both kill the infected monkeys with a boat-motor. They hide from the infected in the cafeteria and then are attacked by Guzman. Possessed by the parasite, the controlling Guzman, attempts to reinstate itself into Ángela but she kills him with a fishing pole thanks to Nick. Ángela and Nick leave the boat as all the infected chase after them. Ángela jumps into the ocean and Nick follows, escaping as the ship explodes. Underwater, the Parasite gains consciousness and dives into a fish's mouth.

During the credits, Ángela and Nick are shown in a cab, having made it home.

Tagline: It's time to get out.

Based on 0 rating
0 user 0 critic
Did you know? The elderly woman on the ship is a survivor of the [REC] 3: Genesis (2012) wedding massacre, although she believes she is still attending the party. Read More
0 User Reviews
No reviews available. Click here to add a review.
Cast

In total, this movie took eight months to film, but only three months to edit.

This is the only instalment of the franchise where we do not see the possessed girl in person.

The elderly woman on the ship is a survivor of the [REC] 3: Genesis (2012) wedding massacre, although she believes she is still attending the party. 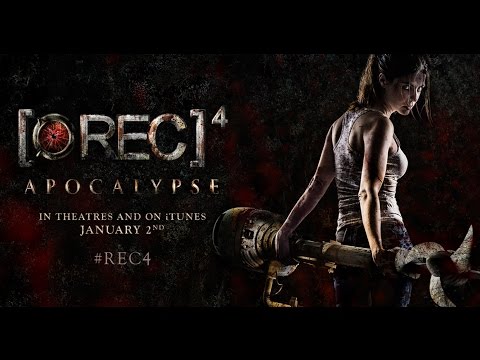 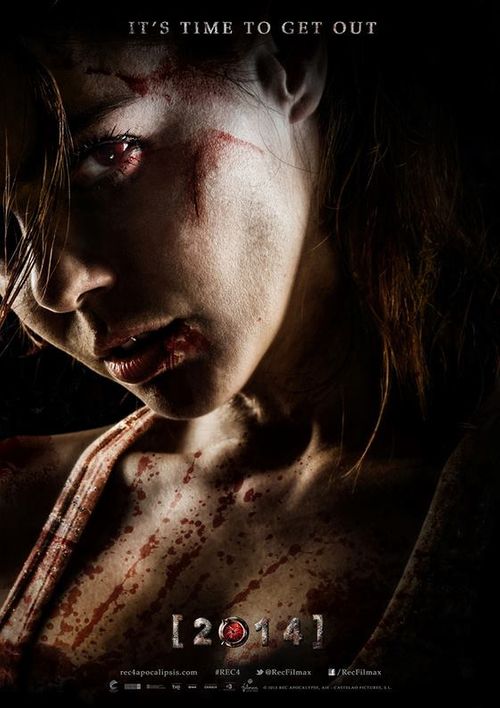 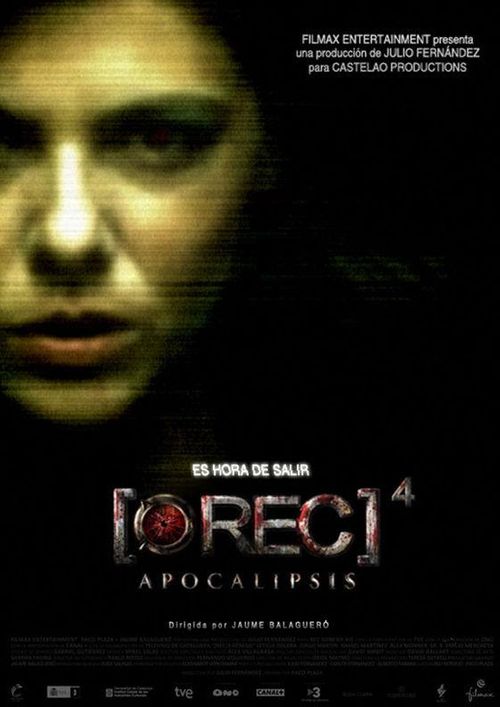 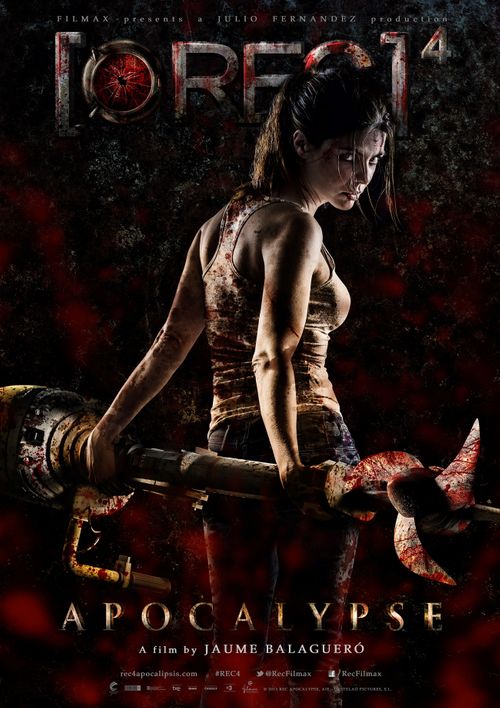