Cancel
A high-powered executive of an investment banking firm arrives at his surprise birthday bash and is shocked to find ghosts from his past, stark reminders of a their failed rock band 'Magik'. A decade after their failure, will the mature members of the band reunite to resolve their differences and 'Rock on' once more?
See Storyline (May Contain Spoilers)

This insightful relationship drama begins in Mumbai, with the rock band Magik, in 1998. Joseph (Joe) Mascarhenas (Arjun Rampal) is the lead guitarist who feels necessity to prove his worth as a musician. Aditya Shroff (Farhan Akhtar) is the lead singer who rebelled against his well to-do family to play music. Rob Nancy (Luke Kenny) and Kedar Zaveri or KD/'Killer Drummer' (Purab Kohli) comprise the remainder of the band.

After a competition is announced by Channel V, they decide to enter, as the winner will be offered an album and one music video. After they win the competition, Joe feels slighted when his song is excluded from the music video to make space for a random remix song, whereas his girlfriend, Debbie (Shahana Goswami) is rejected as the band's stylist.

Later, when the cameramen focus only on Aditya during the filming of the music video, Joe becomes furious at Aditya before leaving with Debbie. Aditya is shocked and abandons music and his girlfriend Tania (Nicolette Bird). 'Magik' thus disbands and its members become estranged.

Ten years later, Aditya is a high-powered executive of an investment banking firm. His wife Sakshi (Prachi Desai), hoping to relieve his habitual resentment, decides to plan a party for his birthday. K.D., who now works for his father's jewellery business, overhears Sakshi talking about Aditya and introduces himself.

Sakshi later conveys the meeting to Aditya who denies knowing K.D. When Sakshi finds a box filled with Magik's photos, she invites K.D. to the birthday party, telling him she wants to reunite Aditya with the band.

K.D. meets with Rob, who now makes a living composing jingles for advertisements, and they invite Joe, who lives largely unemployed, with an eight-year-old son. The family is largely supported by Debbie, whom he has married and who holds a grudge against the band. K.D. and Rob thus attend the party without Joe, and Aditya is shocked to see them.

He later scolds Sakshi, who leaves him alone. Sakshi's friend Devika (Koel Purie) persuades Aditya to meet with his ex-bandmates, and reconciles with Joe. They start practicing regularly. Learning about this, Sakshi returns home.

Channel V announces another contest, and at Rob's insistence, the band enters. Debbie arranges a guitar-playing job for Joe on a cruise-line, expected to set sail on the same day as the contest. It is later discovered that Rob is dying of a brain tumour and his last wish is to perform with Magik.

The contest is aired on the radio, and while Joe is on his way to the airport, he hears Magik play the song he wrote for Debbie 10 years ago, and dedicate it to him. This prompts him to join the concert, where he and Aditya sing duet in another song.

The epilogue reveals that Rob died two months after that performance. Sakshi gives birth to a baby boy, whom they name 'Rob' as a memorial to their friend. Devika is dating K.D., who starts a record company with Joe. Debbie quits her job in the fishing business and becomes a successful stylist. The band members and their families meet every weekend.

Based on 0 rating
0 user 0 critic
Did you know? Lead vocalist Aditya's birthday in the film is repeatedly highlighted as July 22, as a reference to the real birthday of Don Henley, the lead vocalist of the Eagles. The lead guitarist's name is Joseph Mascarenhas, nick-named Joe which is the same as one of the lead guitarists of the Eagles, Joe Walsh. Read More
0 User Reviews
No reviews available. Click here to add a review.
Cast

Buy Tracklist of Rock On!!

KD's dialogue "Guess you were wrong. Hum ek break par the (we were on a break), now we are back", was influenced by the famous dialogue from the Eagles' member Glenn Frey during their Hell Freezes Over album, "For the record we never broke up, we just had a 14 year vacation".

Producers Farhan Akhtar and Ritesh Sidhwani promised director Abhishek Kapoor 11 lakh rupees to direct the film, but after its success, they decided to hike the amount to 25 lakhs. 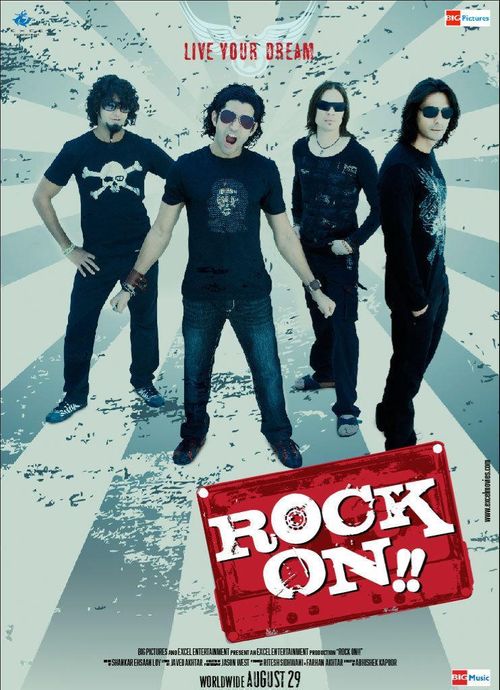 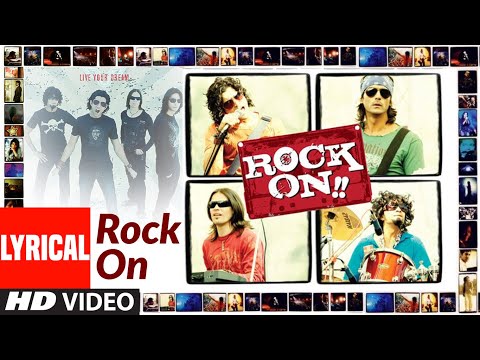 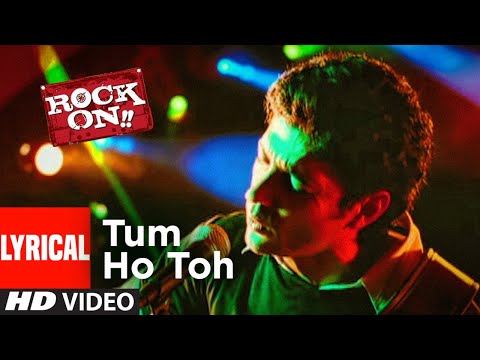 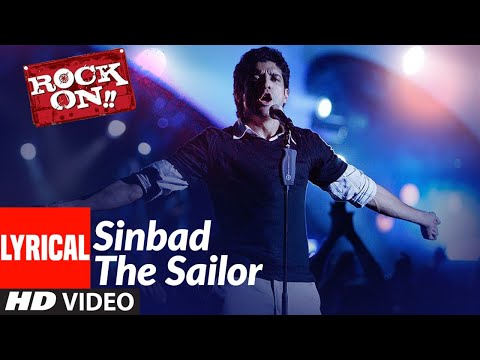 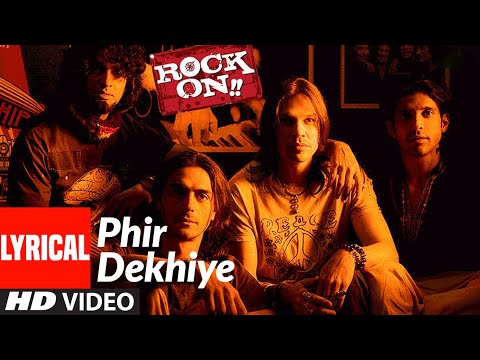