Badri, a warrior and the protector of Badrinath temple, tries to revive Alakananda's faith in God, thus leading to battles between him and her cruel uncle, Sarkaar. In this entire process, Badri's Guru begins to doubt that he is in love with Alakananda, who loves Badri. Meanwhile, Sarkaar's wife wants Alakananda's marriage to get fixed with her son Munna, who would torture her, since Alakananda had insulted Sarkaar's wife in public. Strange situations arrive, and thus leading everyone to think: Can Badri protect Alakananda's life? Will Alakananda be married to the evil Sarkaar 's son, and whether Badri's Guru will accept Badri or not? A few more questions like this for the rest of the story, as well as the action packed climax of the film as well.

Based on 1 rating
0 user 0 critic
Did you know? Tamannaah and Allu Arjun pair up for the first time in a film Read More
0 User Reviews
No reviews available. Click here to add a review.
Cast

Allu Arjun plays a warrior for the first time

Allu Arjun trained in Vietnam for his warrior role. 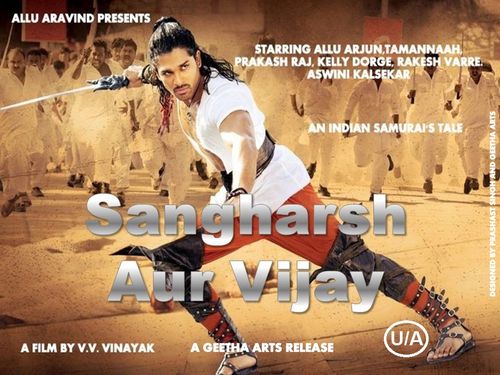