Cancel
Evocative and eloquent, this insightful relationship drama revolves around a young man, who falls in love, marries against his family's wishes and moves to New Zealand. However, when his wife tragically dies leaving him alone with a young son, his world becomes very lonely. When he is invited to attend a family wedding from his wife's father, he accepts the invitation. As he interacts with his wife's family, a young woman falls in love with him, but her family wishes for her to marry her childhood friend. How will the young widower's future unfold? Will destiny provide him with a second chance at love, family and happiness?
See Storyline (May Contain Spoilers)

This insightful romantic drama revolves around Karthik (Nagarjuna), a rich architect in Ooty. He falls in love with Padhu (Gracy Singh). Padmavathi takes her own sweet time to accept Karthik's love.

Padmavathi has a cute cousin sister Bhanu (Shriya), who encourages their love and gives courage to Padhu. When Padhu finally speaks to her father Rama Chandraiah (K. Viswanath) about her desire to marry Karthik, he objects and asks her to marry the man he has chosen for her. Padhu flees from home and marries Karthik. Padmavathi is very eager to get back to her parents and get their blessings. Karthik and Padmavathi migrate to New Zealand and they have a baby boy named Lucky. Then, in a tragic twist, Padhu dies in an accident.

Rama Chandraiah is the head of a large, joint family. A few of the family members opine that inviting Karthik and his child for a marriage ceremony that is taking place at their home, would give them a good opportunity to reconnect with Karthik and get to know Lucky better.

When Karthik visits Rama Chandraiah's place he gets mixed responses from different people in the house. Rama Chandraiah doesn't like Karthik and others like him. Over a period of time, Karthik impresses them all and just as he is about to go back to New Zealand, Rama Chandraiah expresses his repentance for whatever happened and says that he accepts Karthik as his son-in-law.

Bhanu had been attracted to Karthik during her earlier meetings with him. She meets Karthik, a widower now. She still has feelings for him. But at the same time, there is Pawan (Prabhu Deva), Bhanu's childhood friend, who is deeply in love with her. Karthik returns to New Zealand. Bhanu along with Pawan visits Karthik.

During this period Bhanu gets closer to Karthik. When Karthik realizes the intentions of Bhanu, he formally announces the engagement between Pawan and Bhanu.

As the wedding draws closer, it becomes clear that Bhanu loves Karthik, but Karthik hesitates to repeat the history by marrying a girl against the wishes of her family. Just as Karthik is about to leave for good with his son, Rama Chandraiah stops him from leaving and pleads with him to marry Bhanu. Also, Pawan comes and pleads Karthik to marry Bhanu as he can tell that Bhanu is not happy about the marriage. The film has a happy ending with Karthik and Bhanu marrying.

Based on 0 rating
0 user 0 critic
Did you know? Prabhu Deva makes an extended cameo appearance in the film. Read More
0 User Reviews
No reviews available. Click here to add a review.
Cast 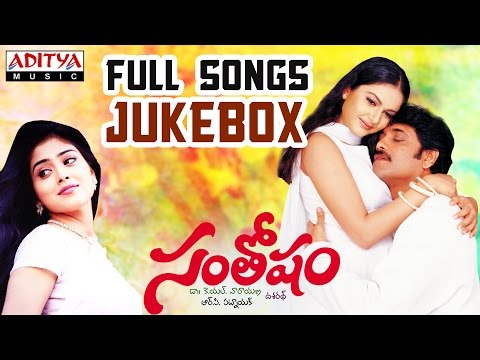