Cancel
Suspenseful and scintillating, this fast paced thriller daringly depicts the complex sequence of events that unfold in the life of four friends, Jaga, Ganesh, Ajay and Vishwas. One day, as the four carefree youngsters are motoring to a cricket match, an accident leads them to divert on a side road. They innocently take the side road, with no knowledge that the small detour is about to change their lives forever. The four friends become witnesses to the heinous actions of a criminal gang that has kidnapped a young girl. As they watch in shock and horror, a policeman is shot dead. How will the four youngsters react to this dangerous situation? What does the future have in store for the kidnapped woman and the young men?
See Storyline (May Contain Spoilers)

Ajay Raj (Shiva), Ganesh (Premji Amaren), Jagapathi Babu (SPB Charan), and Ram Babu (Vaibhav) are close friends who spend a lot of time together in Chennai. Ajay is a TV serial artist, Ganesh is a fun-loving engineering student who falls in love with every woman he sees, Jagapathi Babu is an engineer who is married and has a six-year-old daughter, and Ram Babu is Jagapathi's younger brother.

Ram is in love with Pooja (Kajal Aggarwal) but, before he has a chance to tell her, Pooja tells Ram that she is in love with Ajay. Pooja and Ajay eventually get engaged, and Ram is heartbroken. He soon forgets his grief and has a good time with his friends Ajay, Ganesh, and Jagapathy.

One day, the four friends decide to go in Ajay's old ramshackle Volkswagen Samba to Hyderabad to watch a cricket match.

Vishwanath (Prakash Raj) is a business tycoon in Hyderabad who has no time for his wife and teenage daughter Saroja (Vega Tamotia). One day, Saroja is kidnapped, and the police enter the scene, with Vishwanath's friend ACP Ravichandran (Jayaram) handling the case.

Meanwhile, a huge tanker lorry carrying highly inflammable and dangerous chemicals overturns on the National Highway between Chennai and Hyderabad and the four friends are stuck in a massive traffic jam. They attempt to take a shortcut to Hyderabad, but they end up in a dark, desolate area where their real troubles begin.

After arguing about which direction to take at a crossroad, Ajay convinces the others to drive into a forest, receiving instructions from Venkat Prabhu in a cameo appearance. As they proceed further, an injured man (played by Bose Venkat) suddenly falls on their car from above. Wanting to save the dying man, Jagapathi Babu asks Ganesh and Ram Babu to ask for help in a nearby building. Ajay, horrified by the injured man's bullet wounds, is even more shocked when the dying man urges Jagapathi and Ajay to escape. Jagapathi, however, attempts to save the man, who repeatedly urges them to leave quickly.

A few men arrive in a jeep and shoot at them from a distance. Ajay rushes to the driver's seat and attempts to flee from the area. Their van gets hit by the other vehicle and is overturned, throwing the injured man outside. Shiva and Jagapathi remain inside the van.

Sampath, the leader of the gang in the black jeep, steps out of his vehicle and shoots the dying man after a short conversation. Sampath then discovers that two men (Jagapathi and Ajay) had attempted to save the injured man; he orders his henchmen to kill them. Upon hearing Sampath's order, Ajay and Jagapathi run for their lives.

Meanwhile, Ganesh and Ram Babu have entered an abandoned factory in search of help. Finding the place empty, they walk out and wander around for some time. They soon reach the place where the van had overturned and realize that their friends are missing. At the same time, Ajay and Jagapathi are trapped inside a room within close range of one of the hitmen and escape narrowly. Ganesh and Ram continue to search the area for their friends and eventually find them after fighting with a few hitmen.

Realizing that they are caught in a dangerous situation, all four run away from the factory toward the distant sound of a train. They barely manage to board the last car. Jagapathi does not board the train; he sees that his pocket has been torn, and he deduces that his wallet had fallen somewhere inside the factory. Ajay and Ram frantically attempt to convince Jagapathi to board the train. Jagapathi fears that the assassins might cause problems for his wife and child, since his wallet (containing his identity) might be in the hands of the gangsters.

Thus, all four friends return to the factory to recover the lost wallet. After a short argument in which the frightened Ajay hesitates to go along with Jagapathi to the factory, Ganesh is pushed to accompany him. Jagapathi and Ganesh enter the room where the wallet was dropped. One of the gangsters momentarily walks into the room, in the view of Ganesh. Ganesh hides and tries to warn Jagapathi to stay out of sight.

When Jagapathi finds the wallet and turns around he realizes that Ganesh has disappeared. After searching the room thoroughly, Jagapathi decides to leave. When he walks out, Ajay and Ram are waiting alone, and there is no sign of Ganesh. This sparks off another argument; Ajay asserts that he would not leave the place without Ganesh. Meanwhile, it is revealed that Ganesh had wandered into another room to save himself.

Finding Saroja tied up inside, he frees her and explains to her that he is not a member of the gang. In his usual manner, he falls in love and tries to impress her. Saroja and Ganesh then sneak out of the room. The other three set out to rescue Ganesh, but they get caught in the process.

Sampath continues to demand money from Vishwanath to release his daughter. ACP Ravichandran consoles Vishwanath and does all he can to help rescue Saroja. Meanwhile, the gangsters taunt the three men they have captured and continue to do so until Kalyani (Nikita Thukral), Sampath's girlfriend, walks in and informs the group that Saroja has escaped. Sampath sends all of his men to find the girl, leaving a single gangster with the three captives. Ram attacks the gangster and kills him.

They run out of the factory and catch up with Ganesh and Saroja. They are soon trapped in a building with a single entry. The henchmen follow them and await them in front. The friends are convinced that the only way to escape is to fight the gangsters. Suddenly, Jagapathi comes up with the idea of designing a contraption using objects in the building as weapons in a grand "Rube Goldberg machine."

In the meantime, Sampath asks Vishwanath to come to the area at once to take his daughter in exchange for the ransom money. Soon, Vishwanath and ACP Ravichandran arrive, and Ravichandran is disguised as Vishwanath's driver.

Just as Vishwanath is overjoyed that his daughter is back in safe hands, Ravichandran pulls out a gun and points it at Saroja. At that moment, Vishwanath realizes that Ravichandran is actually the mastermind behind Saroja's abduction and that Sampath is just another henchman responsible for carrying out Ravichandran's orders. A flashback reveals that Ravichandran and Sampath are good friends and that they have long been jealous of Vishwanath for his social status and wealth.

In the nick of time, the heroes emerge from the hideout and fight the goons with all their might. Vishwanath finally shoots and kills Ravichandran, and Saroja is reunited with her family. As everyone returns home, the four friends try to recall the name of the girl they have just rescued.

Based on 2 ratings
0 user 0 critic
Did you know? This movie marks actor Jayaram's first negative role in his long and illustrious career. Read More
0 User Reviews
No reviews available. Click here to add a review.
Cast

Sampath Raj
as A Sampath Kumar

Most of the cast of the director's previous film "Chennai 600028" have cameo appearances as extras in the film. Most of them appear as people stuck in the highway traffic hold up because of the truck accident. 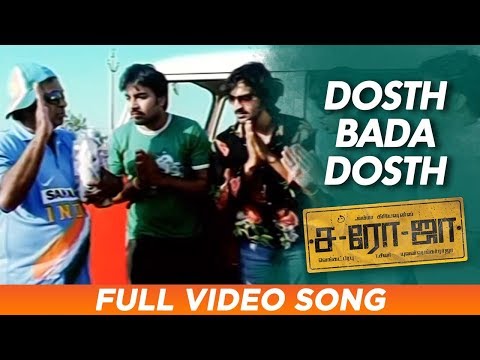 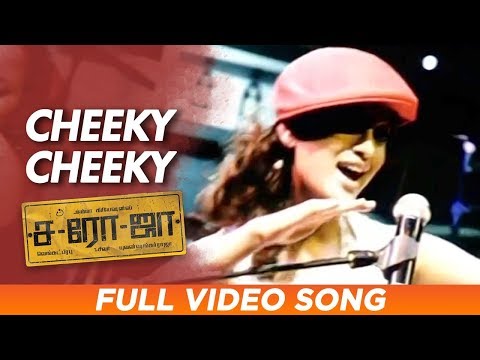 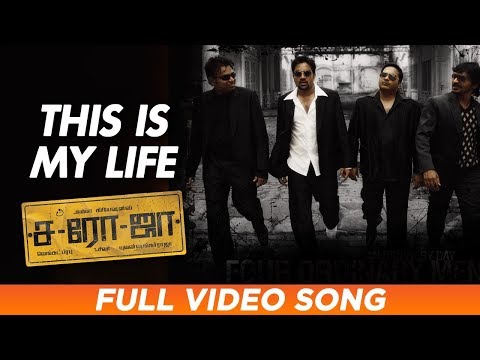