Based on 6 ratings
3 user 25 critic
Did you know? This movie is not a sequel to 'Singh Is Kinng'. Read More
25 Critic Reviews

Unlike Singh Is King, 'Singh Is Bliing', is far too moronic to be saved
Sen City Source, Sen City
0

'Singh is Bliing'. is - and it might be just what the doctor ordered to lift your spirits after watching Talvar
Deepanjana Pal, First Post
0

This is an out and out Akshay Kumar film
Santa Banta Source, Santa Banta
0

Akshay Kumar is the only reason you might want to see 'Singh is Bliing'
Tara Agarwal, Business of Cinema
0

'Singh Is Bliing', does have loopholes in the script, but the ladies do a fab job of keeping us entertained
Martin D Souza, Glam Sham
0

Hi, This movie is laughter. Everything regarding this movie makes us go Bling!!!
Happy to see the classic comedy of Akshay. Waiting for more. This movie is rocking in Chennai. All the very best for the future to the Singh is Bling team.

Prabhudeva seems to have got back his groove with "Singh Is Bling".After his recently panned movies whether commercially successful(Rowdy Rathore) to pass muster(R..Rajkumar) to truly terrible(Action Jackson),SIB puts the dance master-director into a new high.Not that the film is gr8.Not that its even emotionally warm like Akshay Kumar's earlier Punjab da Munda outings in Namastey London or Singh is King( which beneffited from lovely music and a a dazzling Katrina Kaif), still this comic roller coster ride warms your heart with its few genuine moments.
Akshay Kumar as Raftaar Singh is indeed the heart and soul of this venture. Looking cool like a cucumber and walking with a swagger and goofy grin, he wins you all over.Amy Jackson as his leading lady kicks ass like Angelina Jolie in SALT and is suitably easy on the eyes.Lara Dutta displays impeccable comic timing even in the most abusrd comic moments of the movie.Her role as the translator in Goa is a scream and the actress revels in it.Kay Kay Menon tries to act menacing but somehow doesmnot make the cut.Arfi Lamba as Akki's buddy is passable and so are Rati Agnihotri and Yogaj Singh as Akshay's doting mother and stern from the outside and mellow from the inside father who is quite worried about his son's lack of concentration.
The music is average but the tunes are peppy enough and the colour bursts in the songs all designed to suit the commercial palette are quirky and beautiful.The Tunga tunga and Cinema dekhein mama numbers are a riot of colourful hues.The action, cinematography and costume design departments are to be lauded for the efforts.
All in all a breezy silly comic movie..which should not be missed by loyal Akshay Kumar fans.Don't miss the initial few scenes where our Singh allows a lion to escape from the Zoo and also the easy comic banter between Lara and Akshay.Bring on the popcorn with smiles

Comedy at its best

Buy Tracklist of Singh Is Bliing 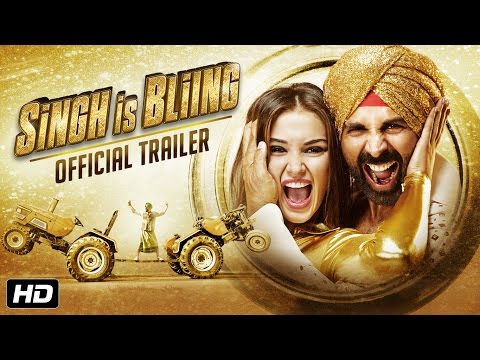 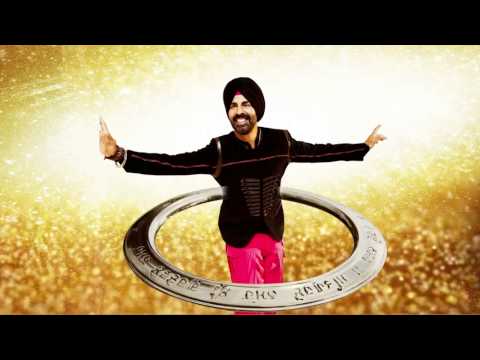 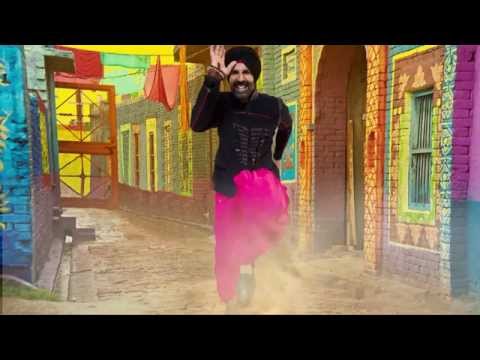 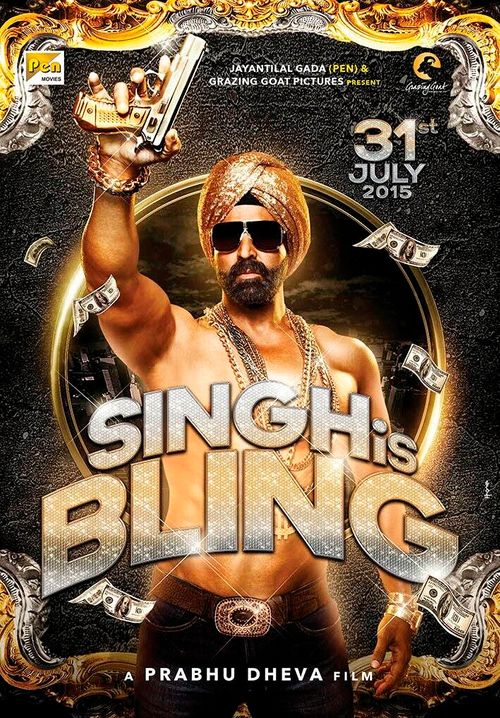 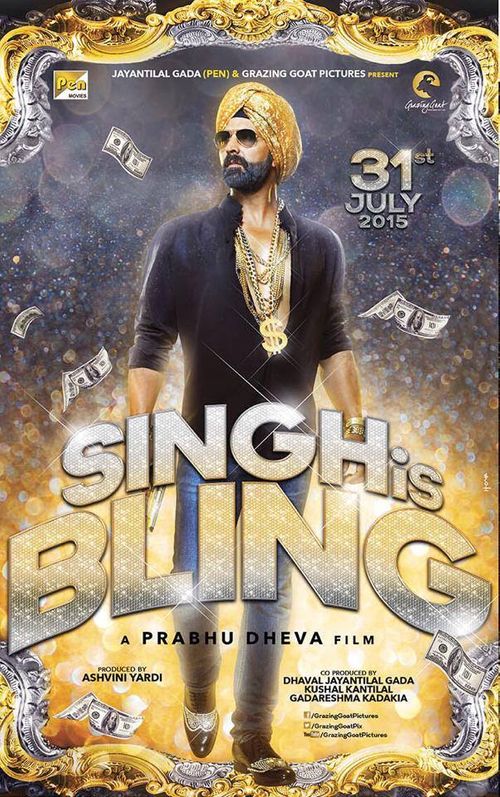 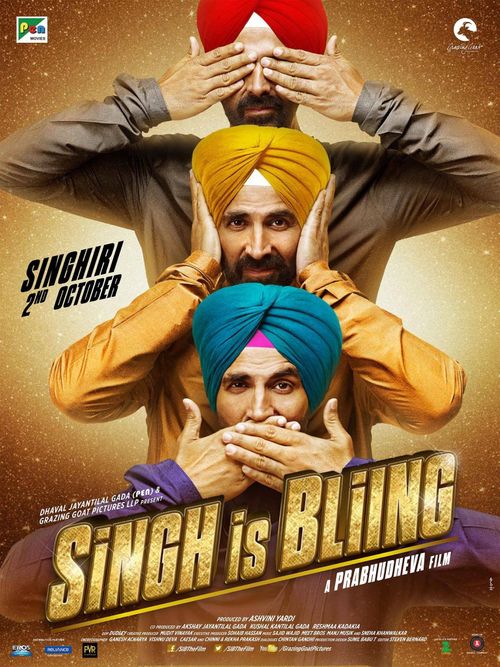 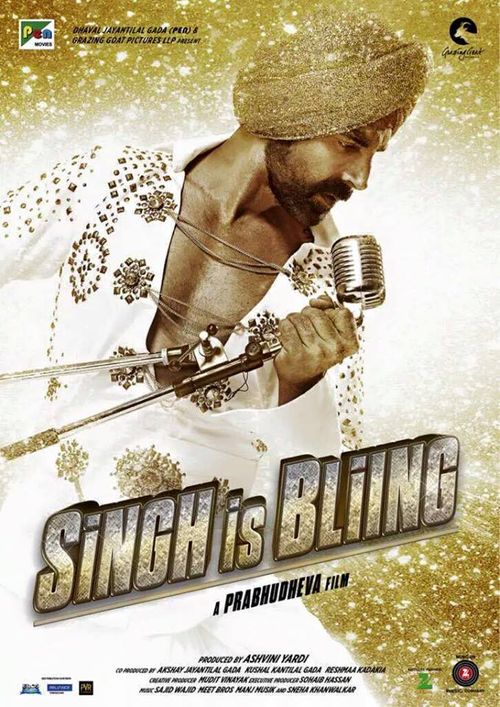 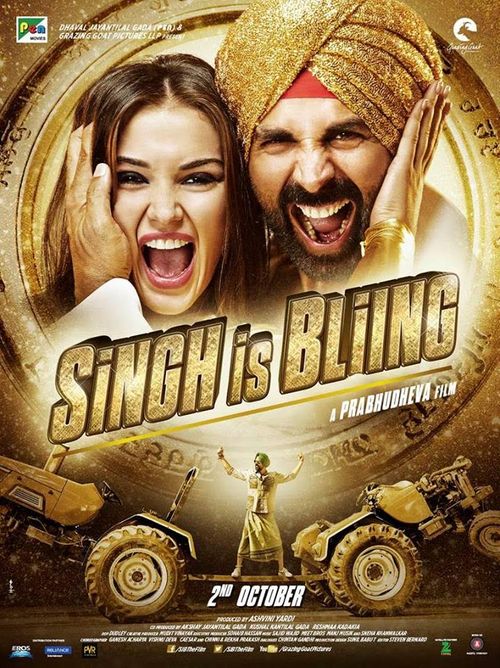 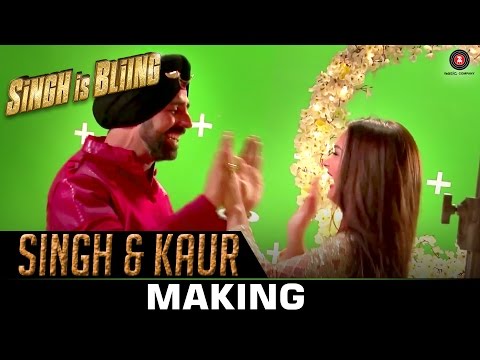 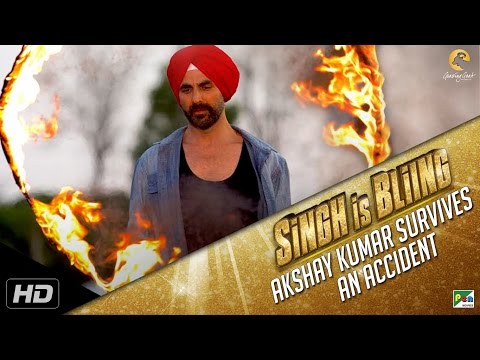 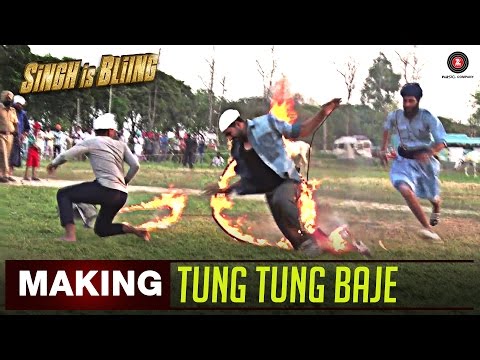 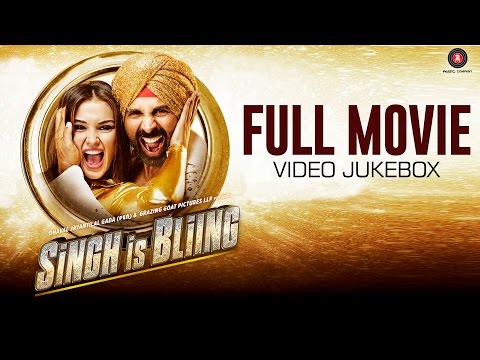 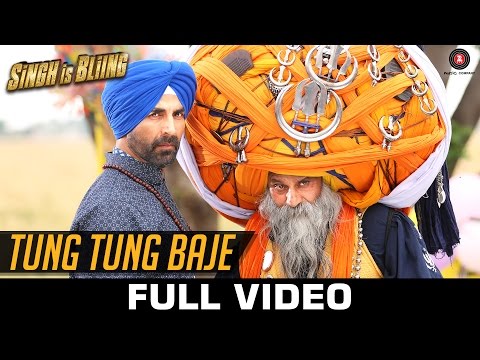 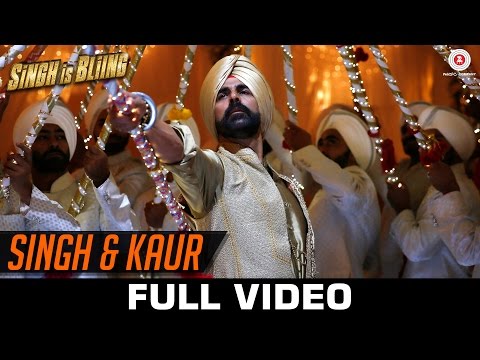 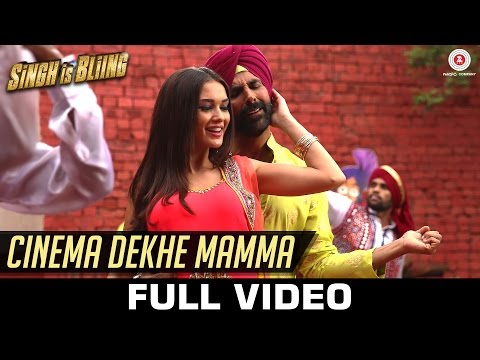 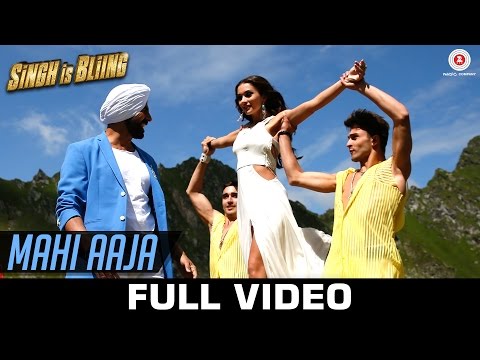 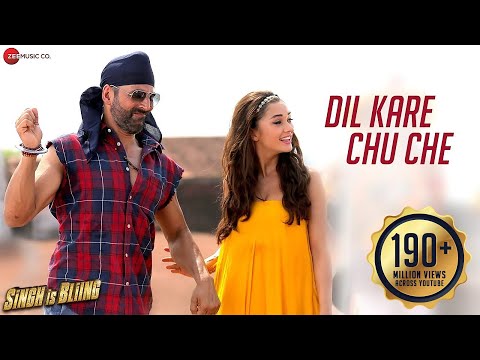 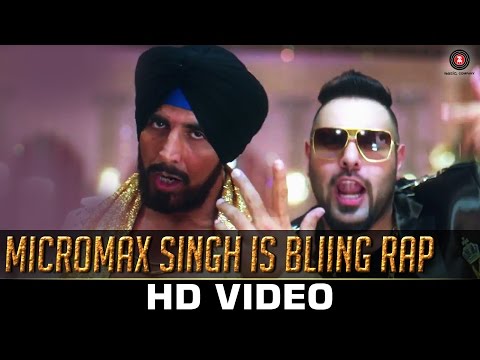 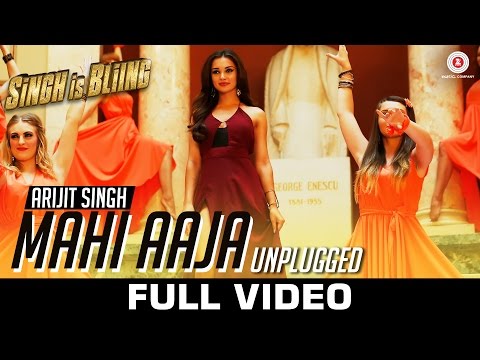 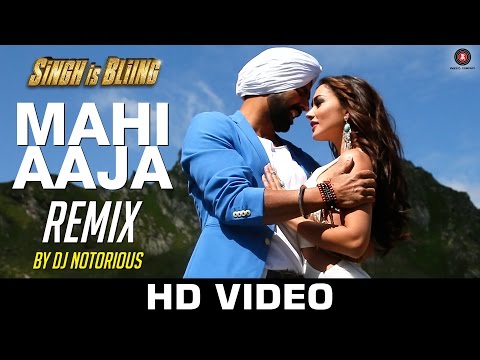 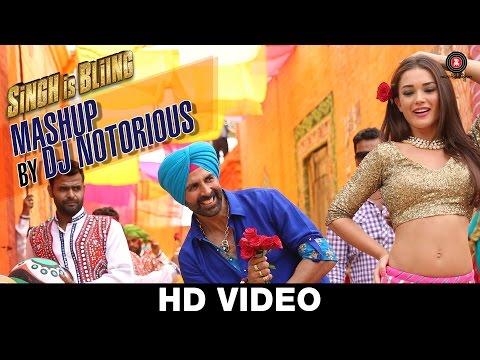 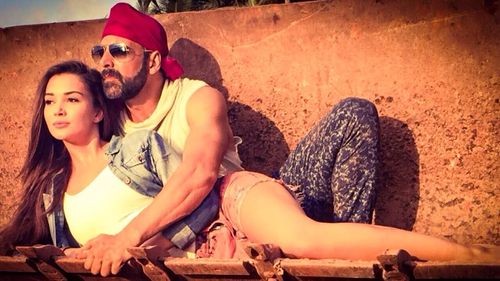 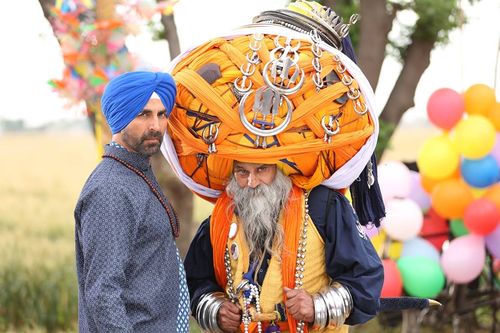 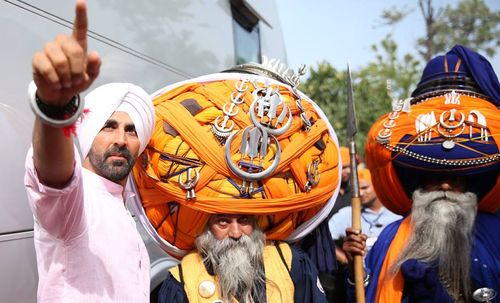 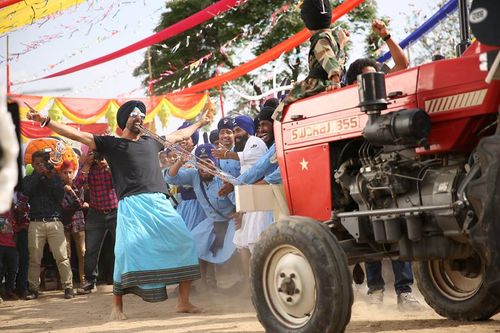 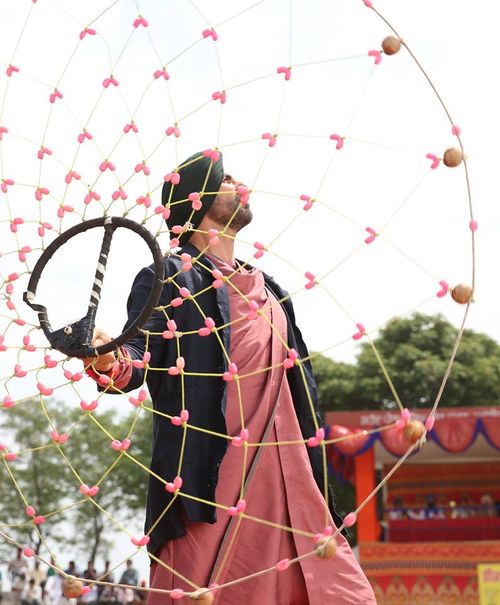 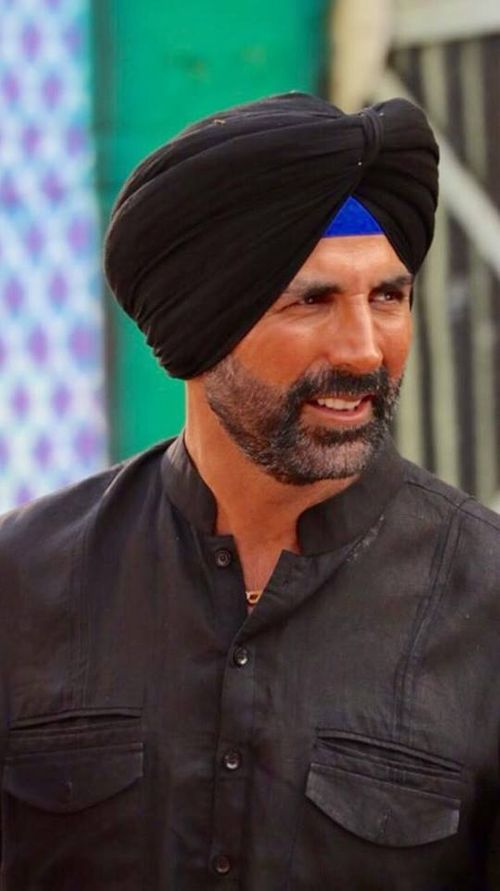