Cancel
This classic musical, offers a lighthearted depiction of Hollywood in the late '20s, with the three stars portraying performers caught up in the transition from silent films to "talkies." Don Lockwood is a popular silent film star with humble roots as a singer, dancer and stuntman. Don barely tolerates his vapid, shallow leading lady, Lina Lamont, though their studio, Monumental Pictures, links them romantically to increase their popularity. Lina herself is convinced they are in love, despite Don's protestations otherwise. When it becomes certain that the talkies are the new wave of cinema, Don and Lina are forced to convert their next movie into a talkie. When Lina's grating voice becomes an insurmountable hurdle, a new and fresh chorus girl, Kathy is brought in to dub for Lina. With sparks flying between Don and Kathy, Lina has more and more reasons to feel angry and bitter towards Kathy. How will the relationship between Don and Kathy unfold? What will happen to Lina's future in the movie business?
See Storyline (May Contain Spoilers)

Don Lockwood is a popular silent film star with humble roots as a singer, dancer and stuntman. Don barely tolerates his vapid, shallow leading lady, Lina Lamont, though their studio, Monumental Pictures, links them romantically to increase their popularity. Lina herself is convinced they are in love, despite Don's protestations otherwise.

At the premiere of his newest film, The Royal Rascal, Don tells the gathered crowd an exaggerated version of his life story, including his motto, which is "Dignity. Always dignity". His words are humorously contradicted by flashbacks showing him taking on a wide range of menial and humiliating roles on stage and in film alongside his best friend Cosmo Brown.

To escape from his fans after the premiere, Don jumps into a passing car driven by Kathy Selden. She drops him off, but not before claiming to be a stage actress and sneering at his "undignified" accomplishments. Later, at a party, the head of Don's studio, R.F. Simpson, shows a short demonstration of a Vitaphone talking picture but his guests are unimpressed.

To Don's amusement and Kathy's embarrassment, she pops out of a mock cake right in front of him as part of the entertainment; Kathy, it turns out, is a chorus girl. Furious at Don's teasing, she throws a real cake at him, only to hit Lina right in the face. Don is smitten with her, but she runs off into the night. Don searches for her for weeks after discovering she was fired, believing himself to be responsible, but Lina tells him while filming a love scene that she made sure Kathy lost her job as an act of revenge and jealousy.

Later, Don finds Kathy working in another Monumental Pictures production and they apologize to each other. She confesses to having been a fan of Don all along and they begin to fall in love.

After a rival studio has an enormous hit with its first talking picture, 1927's The Jazz Singer, R.F. decides he has no choice but to convert the next Lockwood and Lamont film, The Dueling Cavalier, into a talkie. The production is beset with difficulties in capturing sound, but by far the worst problem is Lina's grating voice.

An exasperated diction coach tries to teach her how to speak properly, but to no avail. Don also takes diction lessons (albeit with much better results). The Dueling Cavalier's test screening is a disaster; the actors' speaking is barely audible thanks to the awkward placing of the microphones, Don repeats the line "I love you" to Lina over and over, to the audience's derisive laughter, and in the middle of the film, the sound goes out of synchronization, with hilarious results.

After the premiere, Don, Kathy and Cosmo come up with the idea to turn The Dueling Cavalier into a musical called The Dancing Cavalier, complete with a modern musical number called "Broadway Melody". Don will be able to show off his natural singing and dancing talent, but they are stumped when they must think about what to do with Lina.

Cosmo, inspired by a scene in "The Dueling Cavalier" where Lina's voice was out of sync, suggests they dub Lina's voice with Kathy's. They bring the idea to R.F., who goes ahead with it. When Lina finds out, she is infuriated. She becomes even angrier when she discovers that R.F. intends to give Kathy a screen credit and a big publicity promotion.

Lina, after consulting lawyers, threatens to sue R.F. unless he cancels Kathy's buildup and orders her to continue working uncredited as Lina's voice. R.F. reluctantly agrees to her demands.

The premiere of The Dancing Cavalier is a tremendous success. When the audience clamors for Lina to sing live, Don, Cosmo, and R.F. improvise and get her to lip sync into the microphone while Kathy, hidden behind the stage curtain, sings into a second one.

While Lina is "singing", Don, Cosmo and R.F. gleefully raise the curtain. When Cosmo replaces Kathy at the microphone, the sham becomes obvious. Embarrassed, Lina flees in humiliation. A distressed Kathy tries to run away as well, but not before Don proudly announces to the audience that she's "the real star of the film". The final shot shows Kathy and Don kissing in front of a billboard for their new film, Singin' in the Rain.

Based on 0 rating
0 user 0 critic
Did you know? The screenwriters bought a house in Hollywood from a former silent film star who lost his wealth when the innovation of sound film killed his career. This was part of the inspiration for the film. Read More
0 User Reviews
No reviews available. Click here to add a review.
Cast

Continuity
Cosmo's violin bow breaks and the hairs can be seen flapping about, yet when they finish the piece the bow is fixed.

Character Error
In Don Lockwood's film "The Royal Rascals" his character is seen pushing a man into a moat. Later when he jumps down to the same spot, it has become a cobblestone street.
Trivia:
Previews were held in October, November, and December of 1951, so a number of people got to see the completed film before it went into general release in 1952.

Don and Cosmo were shown as touring through a variety of small towns as part of their vaudeville career. These included Dead Man's Fang, Oatmeal and Coyoteville. These are all fictional although there is a town called Oatmeal in Texas and one called Coyoteville in California.

In the Italian version 'Make'Em Laugh' is sung in Italian and has similar, but a little different lyrics. It's the only song they did this to.

Donald O'Connor smoked 4 packs of cigarettes a day throughout filming.

Howard Keel was the original choice to play Don Lockwood; however, he was replaced by Gene Kelly as the screenwriters evolved the character from a "Western actor" background to a "song-and-dance vaudeville" background.

Like the character of Cosmo Brown, producer Arthur Freed was once employed as a mood-music pianist who played on movie sets during the silent film era.

Debbie Reynolds had to rub her eyes with onions to make herself cry for the penultimate scene in the movie, when Kelly tells the audience that she, and not Lina, is the real star of "The Dancing Cavalier."

Cyd Charisse had to be taught how to smoke for her vampy dance sequence.

The jalopy driven by Debbie Reynolds was the same one driven by Mickey Rooney in the Andy Hardy pictures.

In 2007, the American Film Institute ranked this as the #5 Greatest Movie of All Time.

Like Lina Lamont, when sound films arrived, many silent screen actors lost their careers because their voices didn't match their screen personas.

The screenwriters bought a house in Hollywood from a former silent film star who lost his wealth when the innovation of sound film killed his career. This was part of the inspiration for the film.

Donald O'Connor admitted that he did not enjoy working with Gene Kelly, since Kelly was somewhat of a tyrant. O'Connor said that for the first several weeks he was terrified of making a mistake and being yelled at by Kelly.

The original negative of this film was destroyed in a fire.

Debbie Reynolds remarked many years later that making this movie and surviving childbirth were the two hardest things she's ever had to do.

A microphone was hidden in Debbie Reynolds' blouse so her lines could be heard more clearly. During one of the dance numbers, her heartbeat can be heard, mirroring what happens to Lina Lamont in the movie itself.

The script was written after the songs, and so the writers had to generate a plot into which the songs would fit.

Gene Kelly insulted Debbie Reynolds for not being able to dance. Fred Astaire, who was hanging around the studio, found her crying under a piano and helped her with her dancing.

Only 19 when cast to play the film, Debbie Reynolds lived with her parents and commuted to the set. She had to wake up at 4:00 a.m. and ride three different buses to the studio; sometimes, to avoid the commute, she would just sleep on the set. 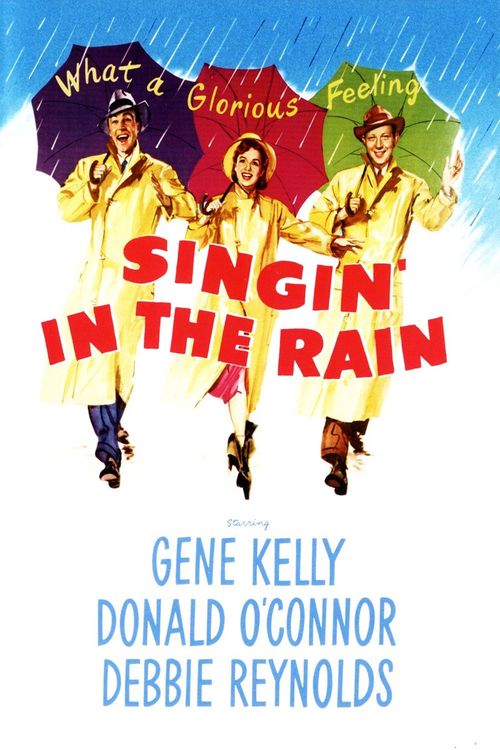 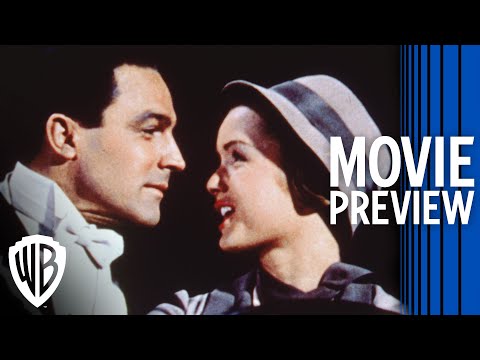 Singin in the Rain - Movie Clip