Cancel
Embedded with quirky comedy and soulful romance, this contemporary relationship drama delves into the fluctuating fortunes in the life of Jane Goodale, a successful young woman, who has everything going for her. She's a producer of a popular daytime talk show, and is in a hot romance with the show's dashing executive producer Ray. When Ray unexpectedly ends their relationship, she begins an extensive study of male behavior to try to find out what men value in a relationship and what keeps them going. Her "research" leads her to become an overnight sensation/guru for single women everywhere. When Jane begins to use her womanizing roommate and co-worker Eddie as fodder for her research, she finds both humor and answers where they were least expected.
See Storyline (May Contain Spoilers)

This soulful romantic tale starts with a voice-over of Jane Goodale (Ashley Judd) over the images of a scientific experiment with a bull and a herd of cows, apparently the bull never mounts a cow twice, not even if her scent is changed. He prefers a new cow.

Jane says that until recently, she believed that men are all like the bull, but to understand what happened we have to go back in time. Jane is a production assistant with a talk show that has recently been syndicated, which means that the host Diane Roberts (Ellen Barkin) who wants to be the best, is always looking for the ungettable guests, like Fidel Castro. Eddie Alden (Hugh Jackman) is the producer of the talk show and is a womanizer, much to the dismay of Jane who comments on his actions with amicable critique.

Eddie is looking for a roommate, but his messages on the bulletin board are sabotaged by disgruntled exes. He wonders whether Jane would like to move in, but she turns him down with a vengeance. Then they meet the new producer of the show, Ray Brown (Greg Kinnear), and Jane is immediately smitten. She tells her friend Liz (Marisa Tomei) and discusses her bad luck with men.

Meanwhile her sister is trying to get pregnant with a fertility program. Ray calls Jane and they spend an evening together and end up kissing. The next morning she calls Liz and is ecstatic. Liz gives her some advice as to how to deal with Ray and his girlfriend Dee (with whom he has trouble). Ray and Jane seem to be very much in love.

The relationship evolves, and they decide to move in together. Jane puts in her notice; Ray goes to tell his girlfriend that it is over, but doesn't tell her about the new woman in his life. Ray starts to get distant while Jane is packing to move over, and over dinner he breaks it off, leaving Jane in tears.

The next morning in the office Jane takes her revenge by announcing to move in with Eddie. She learns to deal with the many women in Eddie's life. The two bond over scotch and leftover Asian food. She reads an article about the old cow syndrome and starts researching for her theory of men. Liz works at a magazine for men and needs a columnist and persuades Jane to write a column about her theory, under the pen name Dr. Marie Charles.

The column that deals with the insecurity and dishonesty of men is a big hit. Everybody wants to meet Dr. Charles, so does Diane. At a Christmas party, Ray tells her he misses her and asks her out for New Year's Eve, but he stands her up. When Jane shows up at a party looking for Eddie at midnight, she can't find him and leaves in tears. Eddie tries to go after her but can't find her.

Back at the office, Ray tries to apologize, but Diane interrupts wearing a shirt Jane bought for Ray. Jane realizes she is "Dee," and Ray is back with her. A board meeting is going to start and Eddie makes sure Jane isn't crying going in, but Jane is distracted so he covers for her. When Ray shows emotion over a Gérard Depardieu movie, Jane spills her guts over his inability to show empathy for her broken heart. Diane, unaware of Jane's relationship with Ray, gives her advice on how to win her boyfriend back, telling her how she got hers back.

At a bar, Liz follows Dr. Charles's advice and is not going to fall for the same kind of guy anymore. Jane and Eddie get into an argument over the advice of Dr. Charles, back home she tells him she has to believe the theory because otherwise she is afraid that men don't leave women - they leave her. Eddie comforts her by saying Ray is not the last man she'll ever love, and they fall asleep together.

The next morning Eddie wakes up happy and comfortable while Jane freaks out. Eddie tells her not to analyze this too. He is happy that he slept the whole night with her without it leading to sex. She tells Eddie he will show his true colours and will hurt her some time soon. Eddie tells her it is not about him, but it is her attitude that is the problem. Jane gets a call and it is her brother-in-law telling her that her sister suffered a miscarriage. At the hospital she sees the true love between them and decides to tell Diane that Dr. Charles is going to be on her show.

The interview is meant to be over the telephone, but Jane changes her mind and goes on the stage. She tells the audience that there is no Dr. Charles (we see Eddie leave at this point) and that the theory is ridiculous because she was hurt and needed to blame men for her pain. By this time Eddie is long gone. Jane goes after Eddie and tells him she found new love. He doesn't answer but kisses her with passion, with the dulcet tones of Van Morrison's "Someone like You" playing in the background.

Tagline: The story about the one that got away and the one she never saw coming.

Continuity
The light switches change position when Jane and Eddie are chatting in her bedroom.

Continuity
Jane's handbag straps change position between shots as she tells her girlfriend that Brown has invited her for New Year's Eve.

Continuity
The same extras walk back and forth in the background during Jane and Eddie's conversation at the end of the film.

Continuity
When Jane finds out that Ray and Diane are "back together", Diane is sitting at her desk. Her legs alternate between being on the desk and under the desk between shots.

Continuity
After Jane and Eddie go downstairs to the bar, Jane gets up to go to the bathroom. When the girl Eddie picked up opens the bathroom door, Jane's arms repeatedly jump from behind her back to in front of her between shots.

Continuity
Eddie starts feeding Jane noodles with his left hand, then is seen feeding her with his right hand as camera angles changes.

Continuity
When Jane and her friend are sitting across from each other in one of the cafe scenes, Jane's arms continually change from being crossed in front of her (in shots of her face) to being on the table (shots from behind her).

Continuity
In the final scene, while Jane is talking to Eddie she is wearing a very bright pinkish lipstick/gloss. When they kiss she is obviously wearing less or no lip makeup.

Continuity
When Jane goes with Ray to buy him a new shirt, the shirts on the rack change.

Crew/Equipment Visible
When Jane is yelling at Ray in Diane's office, you can see an orange X where 'Ashely Judd' is standing. The camera men had zoomed too far out that you could see the marker.

Factual Mistake
The amygdala is not located in the nasal cavity - as Jane reads in one of her text books. It is a subcortical structure found in the temporal lobe of the brain.

Factual Mistake
H&H (a well-known bagelry in New York) does not toast or put cream cheese on its bagels.

Revealing Mistakes
When Jane is looking at search engine results while doing research on the Internet, the browser title bar says it's displaying a GIF file.

Revealing Mistakes
Jane's shirt sleeves change positions while she is talking to Eddie in her room after they had spent the night together in the same bed.
Trivia:
Early in this movie when Jane and Ray are shopping for a condo, they fall in love with a high rise and the real estate agent says, "You can see right down to the World Trade Center" as Jane and Ray go out on the balcony with the Twin Towers prominently visible behind them. The DVD for this movie was released September 18, 2001, exactly one week after the 9/11 terrorist attacks, which gives it the distinction of being the first DVD released after 9/11 to be instantly outdated by the tragedy.

This is the first movie where all 3 Judd women participated at the same time: the lead role Ashley Judd, the make-up artist Naomi Judd and first end credit song Wynonna Judd.

Jane tells Eddie that she was a cheerleader at Paul G. Blazer Memorial High in Cincinnati, Ohio. Ashley Judd did attend Paul G. Blazer High School which is actually in Ashland, Kentucky. However, she goes on to say that the Tomcats were the state football champs in 1989. The Ohio State high school football champs were the Fighting Tigers of Ironton, Ohio - rivals of the Tomcats of Ashland, KY.

Director Tony Goldwyn objected to the change from the title from the book ("Animal Husbandry"), but gave into the new title after some persuasion from the marketing department.

The voice-over on the nature show Jane watches on TV in her old apartment is performed by the director, Tony Goldwyn.

While Marisa Tomei is talking to Ashley Judd in the bar about men's fears and such, she mentions men's fear of balding. There just happens to be a completely bald man sitting right behind her. 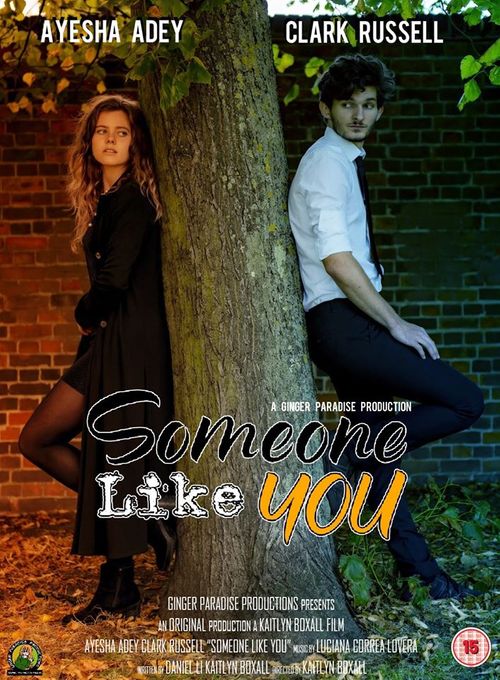