Cancel
Devotional and divine, this historical biography explores the exemplary life of Adi Shankara, highlighting the extraordinary and miraculous events that brought about the transformation that led to him becoming one of India's greatest saints and the founder of the Advaita school of spiritual thought.
See Storyline (May Contain Spoilers)

This historical tale delves into the extraordinary life of Adi Shankara (Kaushik Babu), who is born at Kaladi of Kerala state to a Brahmin family. Soon after Adi Shankara is born Agni Deva (Tanikella Bharani) says to Rudraksha Rushi (Mohan Babu) that he has only 8 years of life.

So Rudraksha Rushi gives 24 years of life to Shankara from his span, at a cycle of every 8 years whenever Shakara's life is in trouble. After his father's death Shankara shows his remarkable power in acquiring mastery over four Vedas at the age of eight. When he is caught by a crocodile in Purna River, he seeks the permission of his mother to become Sanyasi and then only the crocodile leaves him. Reluctantly, his mother accepts his proposal and then the crocodile disappears.

In search of a guru, he leaves for North India. Then he finds his guru, Govinda Bhagavatpada (Srihari). The guru teaches him 'Jala Stambhana', 'Agnisthambana','Vaayusthambana' and 'Parakaya Pravesha' (leaving one's own soul and entering others) etc. skills. Soon, Shankara decides to preach his Advaita Vedanta philosophy to the people who are quarreling among themselves in the name of castes and religions.

Shankara teaches a lesson to one such person, Kapalikudu (Suman), who is responsible for the quarrels among the people. In another sequence, a Chandala (Nagarjuna Akkineni) proves to Shankara that all the people are equal before god. During his philosophical tour, Shankara gets a chance to debate with Mandana Misra (Sai Kumar). While Misra I about to give up, his wife Ubhaya Bharathi (Kamalinee Mukherjee) challenges Shankara by asking some question on sex and related questions.

Due to the restrictions placed on him as a Sanyasi, he can't answer her questions. He then asks for a recess of 15 days. Later, he uses his knowledge of Parakaya Pravesha and enters the dead body of a king (Mynampati Sreerama Chandra) then he makes love with the king's wives (Kamna Jethmalani) and learns and gets the answers for the questions posed by Udaya Bharathi. Although being a Sage, he performs the rituals of his mother. This factor irks the elders of his religion. However, they repent for their act later.

Finally, having occupied 'Sarvagnapeetha' of Kashmir, he gets salvation and disappears in Lord Shiva (Chiranjeevi). 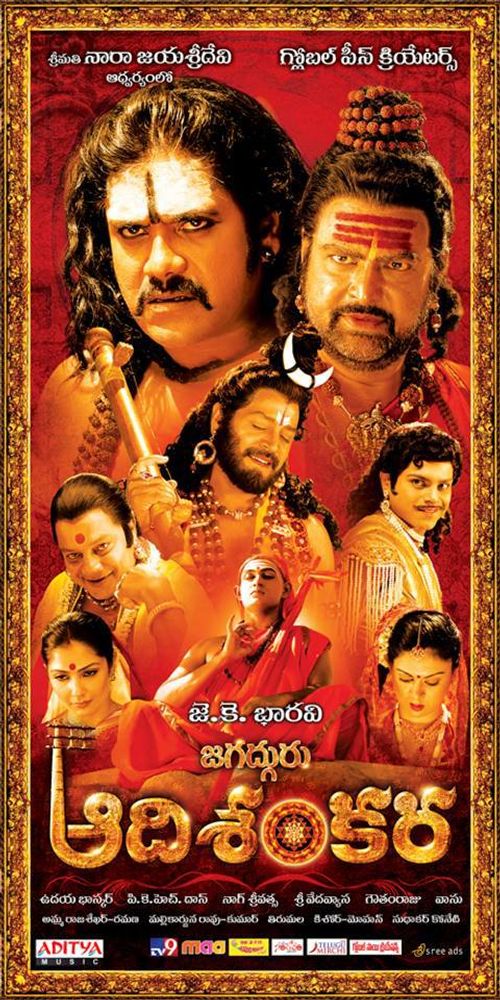 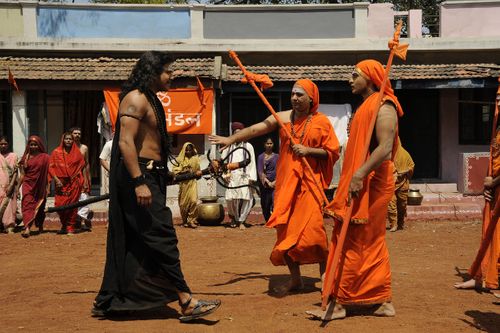 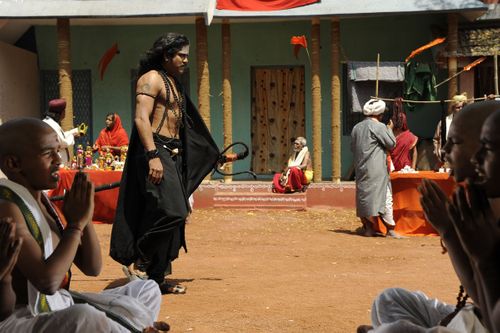 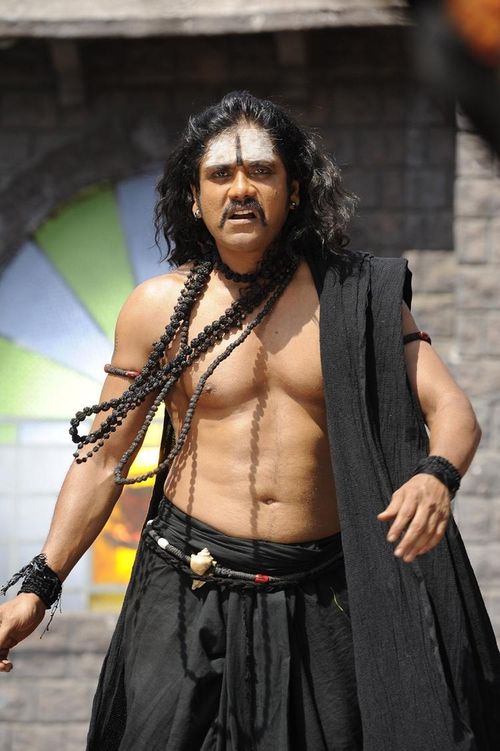 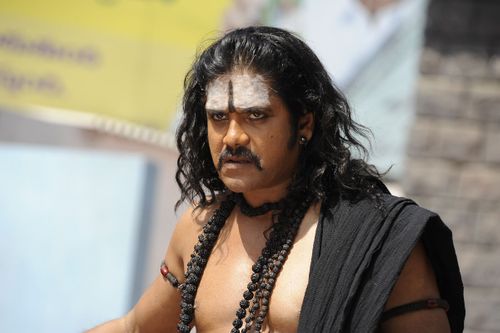