Cancel
An ex-military man makes it his life's mission to help people in need. Saddened by the apathy and indifference in society, he develops a simple formula for change, instead of saying thank you, those that receive help must pay it forward to three strangers in need. Will he succeed in igniting positive change in society? How will his future unfold?
See Storyline (May Contain Spoilers)

Evocative and provocative, and this socially relevant drama follows Stalin (Chiranjeevi), a fearless and forthright man, who has made it his life's mission to help others and to make the world a better place.

It turns out that Stalin served as a Major in the Indian Army. Although a war hero, he had quit the army after a rift with Lt. Col. Iqbal (Mukesh Rishi) when he transfers him to administrative division from the battlefield as a disciplinary action. His family includes his mother (Sharada Urvashi) as well as his sister Jhansi (Khushboo), who is not in talking terms with their mother since she got married to a Punjabi.

Stalin keeps helping a physically challenged girl Sumati to write her intermediate examination and her suicide disturbs him. The death occurs as none of the people around her extend help. Then Stalin plans a chain system.

The theme works on a principle that everyone should help others and in return they should not seek a mere thanks but tell those who get the help to help three more, with a condition that those who get help from them should also demand the same. Stalin thinks that this chain will develop helping attitude among the people. But, to his dismay, Stalin finds that the chain did not work. On one occasion, Stalin bashes a rich boy, who injured a beggar.

This goes in chain reaction and the rich boy employs some goons to attack Stalin. As Stalin disappears from the scene, the goons take Jhansi and her friend Chitra (Trisha) into their custody. Stalin reaches the spot and hacks the hand of one goon. That goon happens to be the henchman of an MLA (Pradeep Rawat), who is also the son-in-law of Home Minister Muddu Krishnayya (Prakash Raj).

Muddu Krishnayya takes it as a prestige issue and tries to eliminate Stalin but loses his son (Riyaz Khan) in the process. When the Chief Minister intervenes to bring in a patch-up, the crooked Muddu Krishnayya plans to kill him and implicate Stalin in the murder, but Stalin takes away the injured Paul Matteo and saves him, but he gets severe chest pain due to exertion.

The reason for the chest pain is a bullet, which remained in his chest, very near to the heart. Stalin had sustained the bullet injury in the Kargil war, and that was why Iqbal shifted him to administrative department. Finally, the truth prevails and the Chief Minister returns to the hospital to visit Stalin, that the help three people concept was his brainchild, which saved him from death in the form of a school girl.

Finally, the doctors successfully remove the bullet, in a very delicate surgery. Stalin comes to know that his 'help three people' concept worked well and the same theme saved his life in the form of auto driver. He thanks all the people for making his concept a success.

Tagline: Man for the Society

Based on 0 rating
0 user 0 critic
Did you know? This movie was screened at the International Film Festival of India in the mainstream section. Read More
0 User Reviews
No reviews available. Click here to add a review.
Cast

Anushka Shetty
as Singer (as Anushka)

The concept of this movie is inspired from the American film Pay It Forward (2000).

This movie became the first South Indian film to break through the Rs. 4 crore barrier for the remake rights. 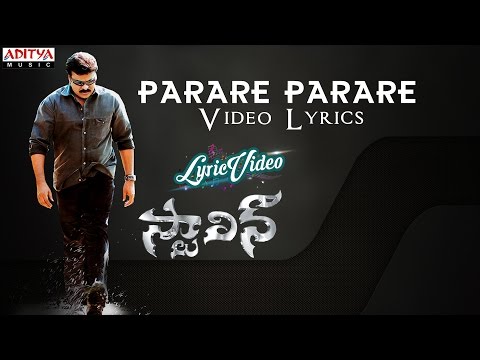