Cancel
Jack & Jennifer take a private cruise with friends, such as Captain Richards and his wife Maggie. Manuel is a staff member who catches Jen's eye. Thanks to chain of events sparked off between a dispute concerning Jack and Manuel, a fire breaks out and the ship blows up and sinks. Jen and Mannuel seem to be the only survivors to wash up on an island...but before long Jack shows lying in a rock pool...and here's where the tale turns nasty

Tagline: The wrong woman in paradise can be murder

Based on 0 rating
0 user 0 critic
Did you know? This is the third film where Billy Zane is on a sinking ship and becomes involved in a love triangle following Dead Calm (1989) and Titanic (1997). Read More
0 User Reviews
No reviews available. Click here to add a review.
Cast

Continuity
Manuel and Jennifer sat face to face and Jennifer suddenly had a hair grip on. However, she never had one before and after she's on the island.

Continuity
(at around 25 mins) Kelly Brook's character is persuaded to go skinny dipping for the first time. She clearly removes both her bikini top and bottoms. When she exits the water, her bikini bottoms have teleported from the beach back onto her body.

Continuity
Toward the end of the scene where Jennifer and Manuel are having sex on the beach, there is a side-view close up of Jennifer's face as she climaxes. A swath of her hair is seen draped over her neck. In the next shot, the camera has zoomed out and her neck is bare again.

Continuity
After remaining on a tropical island for days (or even a year), they did not seem to have gained any tan (or sunburns) whatsoever.

Continuity
When Manuel goes out to the reef to fish for lobster, he leaves without his shirt on. Yet, while in the water he's wearing his shirt again.

Continuity
In the second "nude swim" scene, Jennifer is shown running towards the water. She strips off her bikini top, then bikini bottom. A few minutes later when she comes out of the water, there is a glimpse of her still wearing her bikini bottom.

Continuity
It seems to take a very long time for both men to grow a beard after being stranded on the island for days on end.

Continuity
At about 45 minutes, Manuel asks Jennifer, "You want some more juice?" The camera angle is from the front and Jennifer's green wrap is covering her bikini top. The camera cuts to a side shot of Jennifer drinking from a coconut and her wrap is now around her waist exposing her bikini top.

Continuity
At the very beginning while the credits are still rolling, Jennifer washes up on the island but is still laying in the water face-down. You can see her white bikini bottom at this time. When the scene cuts to her getting up on her hands and knees, her green skirt is covering her bikini - even though the last wave had just pushed her skirt even higher toward her waist.

Continuity
During their love scene, Jack ties up Jennifer's hands with his belt, while she is still wearing a bra. Then in a subsequent part of the scene, her bra is removed. This would be impossible to do after tying up her hands with the belt.

Character Error
At one point in the film, Jennifer says that she is not a good swimmer. However, later, after their boat sinks, she and Manuel have to swim the long distance back to the island, and she copes well, even beating Manuel to the beach.
Trivia:
This is the third film where Billy Zane is on a sinking ship and becomes involved in a love triangle following Dead Calm (1989) and Titanic (1997). 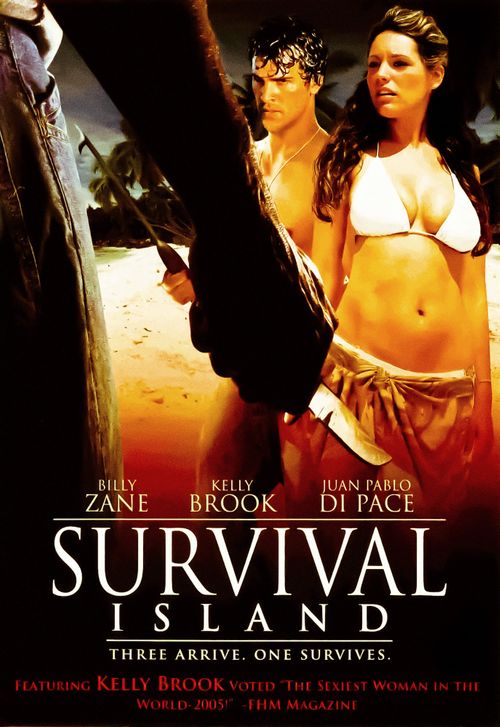 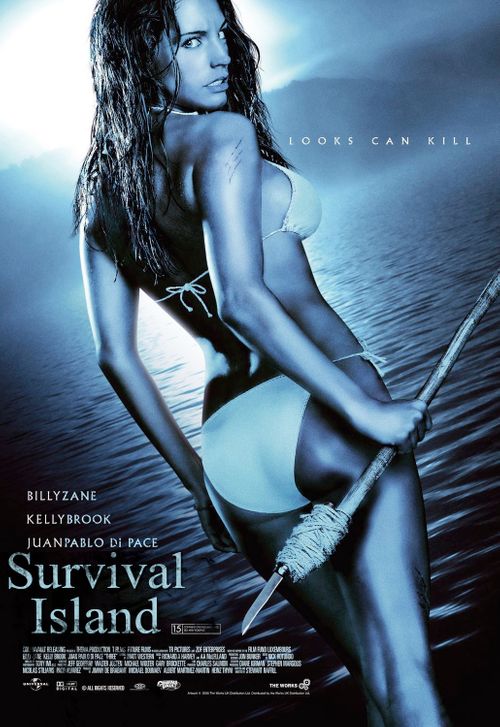 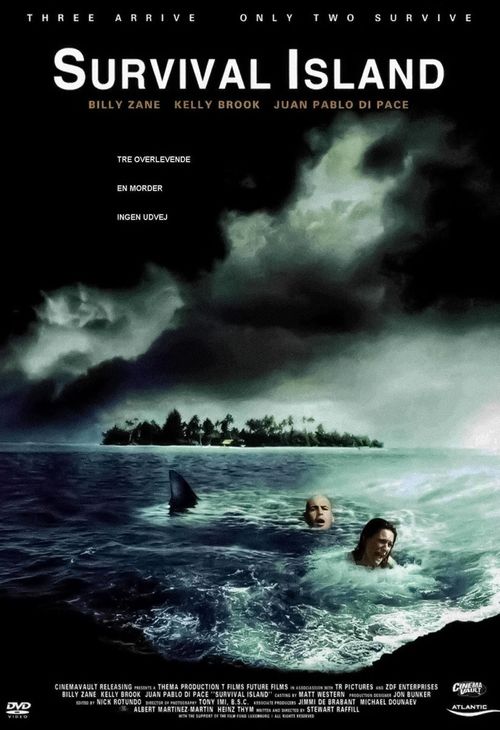