Cancel
Living in a posh mansion named Swarg, this is the story of Sahabji, his wife sister Jyoti, two brothers, and a sister-in-law. Sahabji has a clash of wits with Dhanraj, who successfully schemes with Sahabji's two brothers, and takes over the prestigious mansion and vaste business empire, leaving Sahabji virtually penniless, and devastated with the passing away of his wife. His brothers have now taken over the money, and his business. It is now up to a servant of the mansion, Krishna to set things right for Sahabji's household. How can a poor servant succeed against rich and powerful individuals?
See Storyline (May Contain Spoilers)

Living in a luxurious mansion named Swarg, this is the story of Mr. Kumar or Sahabji (Rajesh Khanna) a rich businessman and his wife (Madhavi) sister Jyoti (Juhi Chawla), two brothers Vicky (Raja Bundela) and Ravi (Dilip Dhawan), and a sister-in-law (Neena Gupta). He also has a loyal servant, Krishna (Govinda). Sahabji has a clash of wits with Dhanraj (Paresh Rawal), a dishonest man who successfully schemes with Sahabji's two brothers and sets fire in Sahabji's factory, citing short circuit as the reason and takes over the luxurious mansion and vast business empire, leaving Sahabji virtually penniless, and devastated with the passing away of his wife. His brothers have now taken over the money, the mansion and his business. Krishna was scolded & slapped very painfully and was asked by sahabji to leave the mansion because he was charged of stealing Jyoti's necklace by Sahabji's brothers and sister-in-law. Later, he comes to know that Sahabji intentionly banished him so that he can do something better in life. Krishna moves to Mumbai and meets a man (airport) and become friends. He works hard, becomes a superstar and returns to find his Sahabji and teaches a good lesson to Dhanraj (sets fire in Dhanraj mills) and buys the mansion. He also teaches a nice lesson to Sahabji's cheater brothers by commiting fraud in business with them (as they did not know that their partner was krishna because they never saw him). Later, Krishna buys Sahabji's former bungalow. He finds Sahabji and Jyoti in a pitiable condition. He brings them back to the bungalow. Sahabji's brothers realise their mistake. Krishna forgives them and brings them back to the bungalow. The brothers ask for forgiveness from Sahabji. At this point, Sahabji suffers from heart attack. He forgives his brothers. He also approves Jyoti and Krishna's relationship and tells them to marry. Later, Sahabji dies leaving his family.

Based on 0 rating
0 user 0 critic
Did you know? The film is a remake of the movie Mehrban (1967). Read More
0 User Reviews
No reviews available. Click here to add a review.
Cast 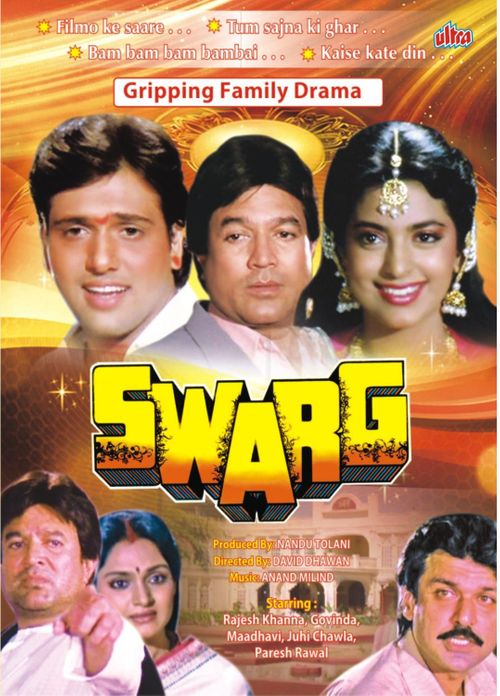