Cancel
Arjun (Akshay Kumar) is a high profile vigilante who soon encounters a problem when his mother (Raakhee) becomes terribly ill. He must set out to find her the medicine that will help ale her illness but finds himself in a predicament where he encounters trouble, evil and of course love. Arjun is already the number one person on several men's hit lists and must overcome this and everything he encounters on his hunt. When he begins the mission he meets the exuberant Tina (Kareena Kapoor). Tins is a glamour doll who is the one person who can help Arjun get what he wants. But before he can get to him she sets out with her father to South Africa. Now, Akshay must battle those that he has to overcome to get what he needs to help his mother and survive the wilderness. He embarks primarily to South Africa to trace down Tina and thus begins his search. What does he encounter? Can he kill repeatedly and still come out the winner?
See Storyline (May Contain Spoilers)

Babu works for three underworld dons and must go to prison to protect them. When his sentence is over, he returns home to find that Purnima (his wife), Arjun (his son) and Pooja (his daughter) live a destitute life. When he confronts his bosses, he is beheaded in front of his wife and children, and his daughter is abducted.
Purnima (Raakhee) loses her mind, and is hospitalized in a mental hospital. Growing up, Arjun (Akshay Kumar) becomes a high profile vigilante. As for Purnima, she becomes terribly ill and can be saved only if she sees her daughter again. Thus, Arjun decides to re-unite his mother and sister. In order to do so, he must discover the identity of his father's killers.
At the beginning of his mission, he meets the exuberant and glamorous Tina (Kareena Kapoor) who will be the one to help him get what he wants. However, Tina goes to South Africa with her father. Now on top of looking for his sister Pooja, Arjun must also find Tina. He begins by going to South Africa in search of Tina.

Based on 0 rating
0 user 0 critic
Did you know? The film initially had a different script with Sunny Deol, Akshay Kumar and Kareena Kapoor . When Sunny left the film, they decided to go with a new script rather than replace him. Read More
0 User Reviews
No reviews available. Click here to add a review.
Cast 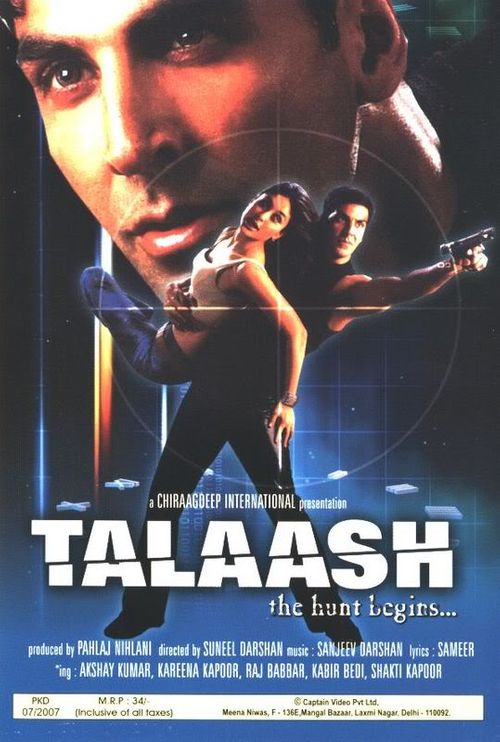