Cancel
A genetically mutated deadly cereal Attliem, threatens to destroy the world. Will Aunt Hilda be able to save the world on time?
See Storyline (May Contain Spoilers)

Set in Beaumont-les-Vignes, a fictional town in south-eastern France in the near future, two sisters, Hilda and aunt Dolores, follow a diametrically opposite course. Hilda, a young redhead, workds at the lanky silhouette, and is a fierce environmentalist; she moves around in a bicycle, and is always concerned about the preservation of the environment. She has gathered a plant museum where she keeps all kinds of plants. Dolores, a ruthless CEO of a multinational company in the consumer sector, seeks profits in short term.

Thanks to the GMO technology that involves genetically modifying plants, Dolores has developed a new cereal called Attilem, a kind of giant artichoke with tentacles. This new product is able to grow with very little water and no fertilizer, which should bring him astronomical profits and could even solve the problem of hunger in the world and by replacing oil as a new source of energy. But soon the Attilem plants begin to grow too fast, out of control, an starts to invade the world.

Dolores designs a pesticide and proposes to sell to governments to fight against the disaster that it has itself provoked. Aunt Hilda does not hear it that way and begins to save the world, but the game is not won.

Regardless of age, Hilda invites viewers to join in the mystery and thrill of adventure.
Allison Keene, Collider
0 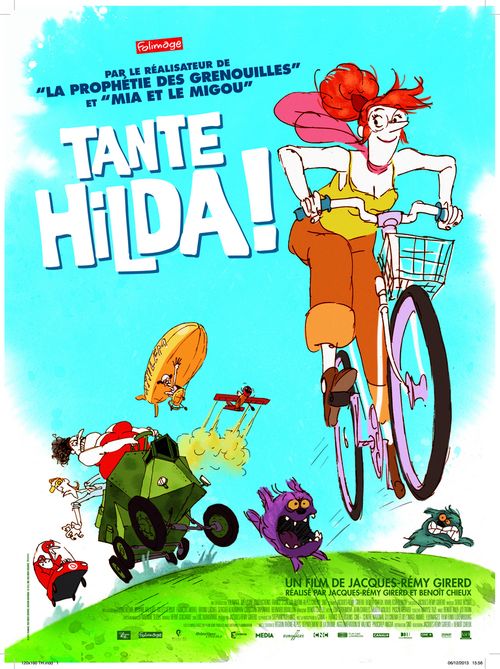