Cancel
A soulful and evocative romantic drama that traces the twists and turns in the life of an ambitious man, who is forced to reconsider his ideas about love in the modern world, especially about long distance relationships, after he hears a love story from 40 years ago,
See Storyline (May Contain Spoilers)

'Teen Maar' is an emotionally-charged romance that portrays the feeling of pure love which never changes, despite the realisation that one's soulmate may change over time.

Micheal Velayudham (Pawan Kalyan) is a chef in Cape Town, South Africa. He is an easy going chap who flirts with girls and makes the most of his affairs. His ambition is to go to US and work in New York City. He dates one of his acquaintance Meera Shastri (Trisha Krishnan) an art restoration professional in Cape Town.

After a year, they agree to break up as she has to move to India for work and he thinks long-distance relationships don't work.

In Cape Town, Micheal meets Senapathi (Paresh Rawal) the owner of a restaurant who narrates the love story of his friend Arjun Palwai (Pawan) with Vasumati (Kriti Kharbanda) which had happened 30 years ago.

Meanwhile, after Meera moves to India, Micheal fails to connect with any other girl. To prove to her that he has moved on, he meets a blonde girl Michelle (Danah Marks) in a bar and dates her.

However, Meera is proposed to by her family friend Sudheer (Sonu Sood), a politician, and she agrees to marry him, only to prove that she has moved on too. He comes to India with some pretext and meets Meera. Micheal who is frustrated that Meera married Sudheer decides to put his past behind him and takes up a job in the US.

After initially having joyful moments in his new job, he eventually feels some loneliness which he doesn't understand. The rest of the story focuses on how Michael realises his mistakes and how Arjun Palwai's story impacts his concepts about love, commitment and relationships.

Based on 1 rating
1 user 0 critic
Did you know? This emotionally-charged romance is a remake of a Hindi movie 'Love Aaj Kal'. Read More
1 User Review

from AK Techno Service one of the leading

The title of the movie was earlier referred to as 'Khushiga' and 'Lovely', until it was officially finalised as 'Teenmaar'. 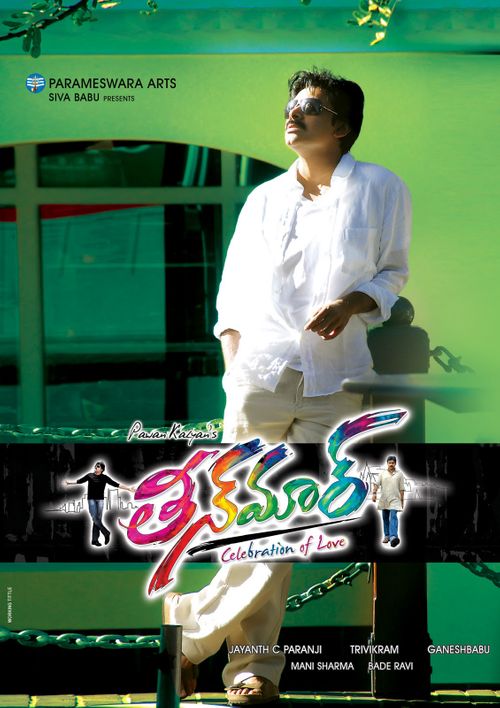