Cancel
Embedded with complex emotion, this family-oriented psychological drama centres around Walter Black, who was once outwardly successful in every aspect of the word. He inherited the CEO position of his now deceased father's toy company, Jerry Co. But largely because of his inability to manage the company, it which is near bankruptcy, he is now clinically depressed, which is manifesting itself primarily in him wanting to sleep all the time. He has tried every therapy known, to no avail. He has even tried unsuccessfully to commit suicide. His depression is negatively affecting his family. His teen-aged son, Porter Black, is a bright boy who is able to parlay his ability to think like others into a successful money making venture of secretly writing school papers for his classmates. However, he is afraid that he will turn out like his father, his fear to the point of him trying consciously to wipe out any similarity he has with his father from his own being. Walter's adolescent son, Henry Black, is a loner, who gets picked on by others. As she feels she can't help him in any way, his engineer wife, Meredith Black, finally kicks him out of the house, much to Porter's joy. However, after finding it in a dumpster, Walter, ultimately with the support of his therapist, finds that he is able to express himself through the use of a beaver hand puppet, the beaver acting as a third person expression of himself. In doing so, he is able to function normally in all aspects, albeit with a beaver puppet on his hand talking for him at all times. In turn, most of the people in his life accept Walter's new beaver appendage, as it has in turn improved their lives with him. However, Meredith soon wonders if Walter is indeed getting better, especially if he will ever be able to live without the beaver, and return to being the man she married. Can Walter find a way to reconnect with this family? Will he ever be able to communicate normally, without the help of the beaver?
See Storyline (May Contain Spoilers)

This multi-layered family drama revolves around Walter Black (Mel Gibson), a depressed CEO of Jerry Co., a toy company nearing bankruptcy. He is also a talented ventriloquist. Unable to tackle his psychological instability, he is kicked out by his wife (Jodie Foster), much to the relief of their elder son Porter (Anton Yelchin).

Walter moves into a hotel. After unsuccessful suicide attempts, he develops an alternate personality represented by a beaver hand puppet found in the trash. He wears the puppet constantly, communicating solely by speaking as the beaver, helping him to recover. He reestablishes a bond with his younger son Henry and then with his wife, although not with his elder son, Porter. He also becomes successful again at work by creating a line of Mr. Beaver Building Kits for kids.
Porter, who gets paid to write papers for schoolmates, is asked by Norah (Jennifer Lawrence) to write her graduation speech. He gets emotionally attached to Norah but his father's actions with the beaver puppet embarrass him.
Walter's wife moves out of the house with the children, because he lied to her about the puppet being part of a treatment plan monitored by his psychiatrist. She feels she can no longer communicate with her husband and that he is suffering from a dissociative identity disorder, with the beaver taking him over.
Part of Walter's personality realizes what he has put his family through and wants to get rid of the beaver to get back together with his family, but the beaver resists. Walter finally takes the puppet out of his life by cutting off his arm at the elbow. He gets a prosthetic hand and is placed in a psychiatric hospital.

Norah reconnects with Porter. She starts the speech he wrote, but stops and admits publicly that she did not write it herself. She switches to explain the value of truth and her trauma caused by her brother's death some years ago. Porter realizes the value of his father and reunites with him.

Walter Black becomes himself again and returns to a normal life.

Based on 0 rating
0 user 0 critic
Did you know? Before Gibson was hired, Steve Carell and Jim Carrey were both signed on to star at different stages of production. Read More
0 User Reviews
No reviews available. Click here to add a review.
Cast

This film marked a return to upstate New York for Mel Gibson since he and his family left for Australia in the 1960s.

Before Gibson was hired, Steve Carell and Jim Carrey were both signed on to star at different stages of production.

Jodie Foster approached originally Kristen Stewart for the role of Norah, remembering their experience in Panic Room (2002), but the actress was committed to the Twilight franchise.

This movie is Jodie Foster's first film as director shot in 2.35.

The screenplay for this film was featured in the 2008 Blacklist; a list of the "most liked" unmade scripts of the year.

Before Summit Entertainment settled for a release date in Spring 2011, this film had been shelved due to Mel Gibson allegedly assaulting his ex-girlfriend, Oksana Grigorieva.

Jodie Foster says on the DVD commentary that a lot of the studios that passed on the project did it because she refused to change the ending, in which Walter loses his hand. If she had changed it, they would've agreed to finance the movie.

This is Gibson and Foster's first film together since the blockbuster Maverick (1994). 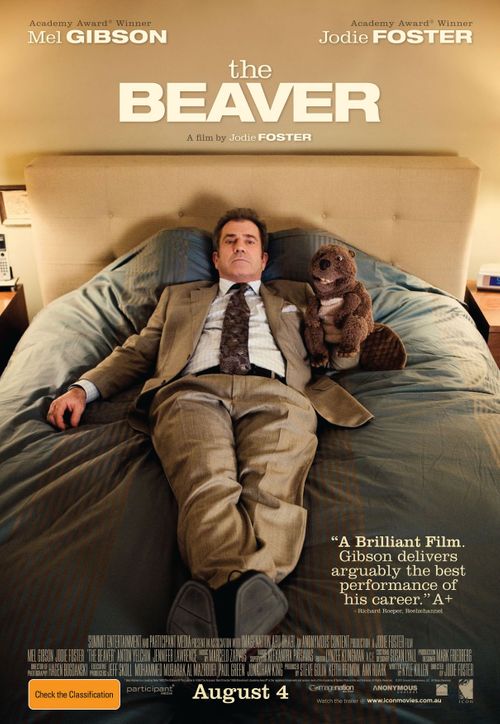 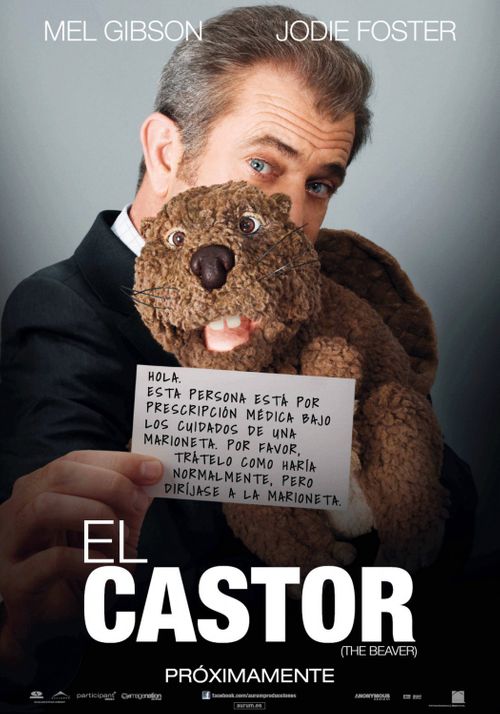 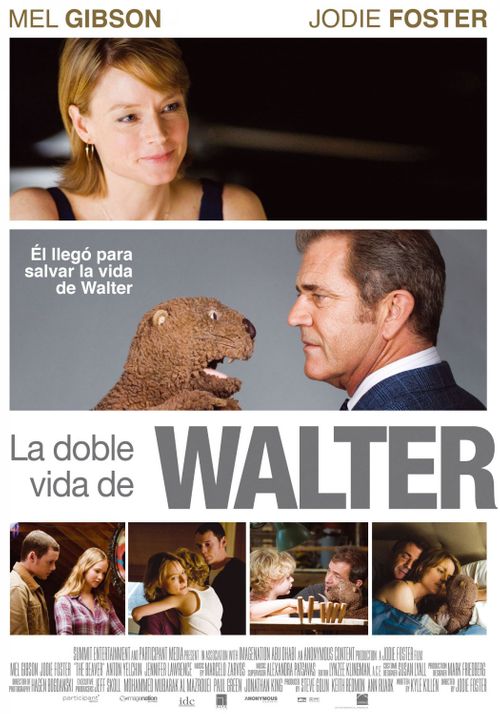 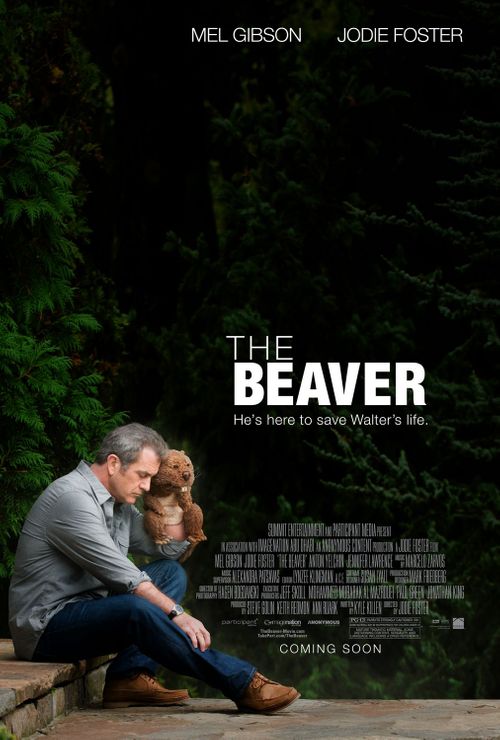