Cancel
The desperate survivors of a new ice age contend with sickness and infighting while attempting to contact the inhabitants of another outpost that's gone mysteriously silent in this claustrophobic thriller from writer/director Jeff Renfro (One Point 0, Civic Duty). Mother Nature has cast an icy spell over the earth once again, driving the few remaining pockets of humanity deep underground. Under the leadership of Briggs (Laurence Fishburne), the inhabitants of Colony 7 have managed to endure against all odds. They've been maintaining close contact with Colony 5, the only other dominion known to have weathered the chilling winds above, when their radios go mysteriously silent. Determined to find out exactly what happened in Colony 5, Briggs ignores the objections of his vocal rival Mason (Bill Paxton), assembles a team, and ventures out to investigate. By the time Briggs and his crew discover exactly what they're dealing with at Colony 5, however, their own base may have already been compromised. ~ Jason Buchanan, Rovi
See Storyline (May Contain Spoilers)

By 2045, humans have built weather machines to control the warming climate due to climate change and global warming. The machines break down when one day it begins to snow and doesn't stop. Whatever humans remain live in underground bunkers to escape the extreme cold. Their challenges are controlling disease and producing sufficient food. Two soldiers, Briggs (Laurence Fishburne) and Mason (Bill Paxton) are the leaders of one such bunker, Colony 7. Briggs, Sam (Kevin Zegers) and Graydon (Atticus Dean Mitchell) travel to nearby Colony 5 after receiving a distress signal.

Upon arrival, they find the place covered in blood. They eventually reach a locked door which Sam picks open. Inside they find Leyland, who shows them a message from a group of people who fixed a weather machine and have caused the snow to thaw. The group offers aid to anyone and asks that they bring seeds so they can be planted in the newly thawed soil. Leyland shows them where the signal came from but informs them that a Colony 5 expedition failed to return. Moreover, the expedition's tracks led a marauding group of cannibals back to Colony 5 and the killing ensued. Briggs, Sam, and Graydon force Leyland to return with them but he pushes them out and locks himself back into his room.

The three then begin to explore Colony 5 and approach a room with a fire burning. Here they see a human chopping up members of Colony 5, while others feast on human remains. As the three try to escape, Graydon is killed by the cannibals. Briggs and Sam are able to make it up the ladder out of the colony and destroy the shaft with a stick of dynamite. Taking shelter in an abandoned helicopter, they wake up in the morning to find that the cannibals have tracked their footprints in the snow. Briggs suggests that they lose the group over a bridge using dynamite. Due to the cold weather though, the dynamite fuse goes out. Briggs is able to make it back but not before he is confronted by the cannibals. He lights the fuse and sacrifices himself to enable Sam to return to Colony 7.

Upon Sam's return, Mason assumes control of the Colony and plans to enforce harsh changes. Sam explains that the cannibals are en route and shares the message from Colony 5 that there is a thawed-out area they should migrate to. Mason disregards Sam's comments as shock from his voyage and handcuffs him to a bed. Sam is able to get free and checks images from a functioning satellite to locate the thawed-out zone. He is confronted by Mason just as the cannibals have reached the Colony. Many of the Colony 7 inhabitants are killed and Mason is left behind while the others escape. After killing the cannibals' leader, Sam and a few others survive but the Colony is destroyed. The survivors gather seeds and begin their journey to the thawed-out location.

Tagline: When the world changes the rules of survival change with it 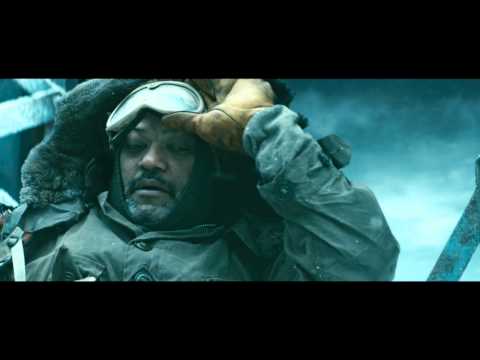 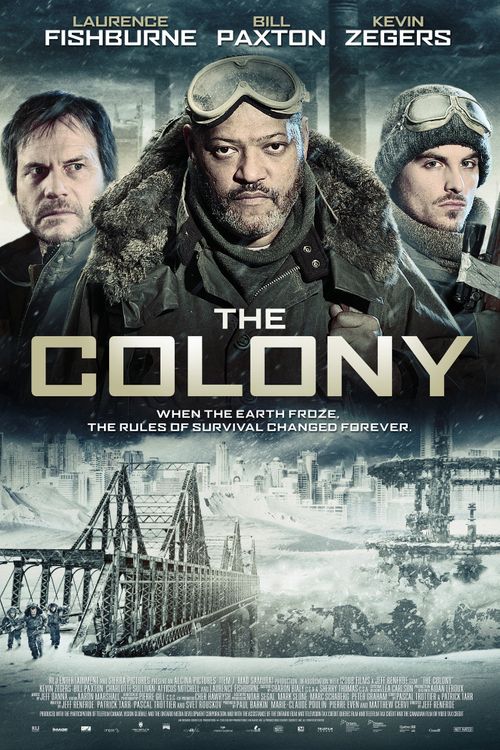 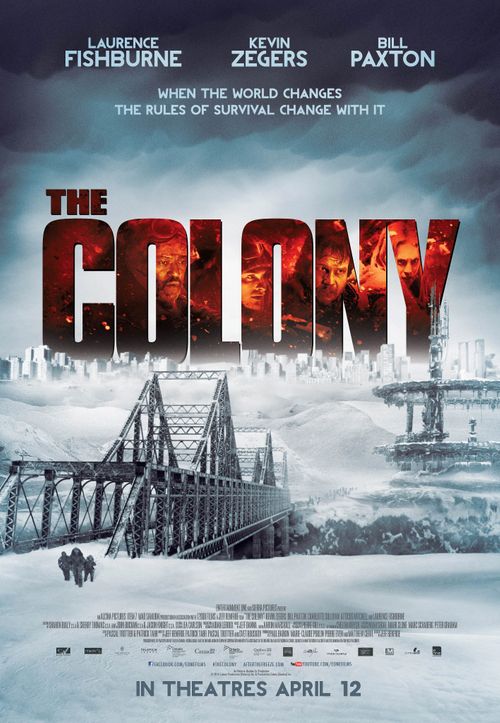