Cancel
Thrilling and spine-chillingly terrifying, this classic supernatural horror movie is inspired by the 1949 exorcism case of Roland Doe. Deeply embedded in religion and belief in the existence of dark and satanic entities, this horror story deals with the demonic possession of a 12-year-old girl and her mother's desperate attempts to win back her child through an exorcism conducted by two priests.
See Storyline (May Contain Spoilers)

In Northern Iraq during an archeological dig, archeologist and priest Father Lankester Merrin (Max von Sydow) discovers a small amulet, and after studying it discovers it resembles a statue of Pazuzu, a monstrous demon in the form of a man, falcon, serpent and lion. Merrin suspects Pazuzu, whom he defeated many years ago, will return.

In Georgetown, Washington D.C., actress Chris McNeil (Ellen Burstyn) begins noticing strange and frightening behavioral changes in her daughter Regan (Linda Blair) such as constant swearing and abnormal strength. When medicine fails, Regan is given a few unpleasant tests, but X-ray results prove "negative" much to the confusion of the doctors. In reality, Regan is now possessed because of a Ouija board by Pazuzu, who pretended to be her imaginary friend "Captain Howdy."

Burke Dennings (Jack McGowran), Chris's British director, dies mysteriously after falling from Regan's open bedroom window while Chris' secretary Sharon Spencer (Kitty Winn) was out. His murder is investigated by detective William Kinderman (Lee J. Cobb), who questions both Chris and a young priest named Damien Karras (Jason Miller) who has lost faith in God after the death of his ill and elderly Greek mother, with only Chris suspecting Regan.

After Regan assaults a psychiatrist, the doctors finally decide an exorcism may be Regan's only hope. Chris, however, is tentative as she and Regan have no religious beliefs.

Karras agrees to see Regan for Chris but refuses to perform an exorcism; however, further supernatural phenomena force him to accept Regan needs an exorcism. Karras is given permission by the bishop, who, at the request of the university's president, also hires Merrin to help, since he has prior experience with exorcisms.

Working together, Karras and Merrin attempt to exorcise Pazuzu from Regan, but the demon taunts them, especially Karras for his weak faith and guilt over his mother's death. Karras is dismissed after a break, as Merrin knows he is not mentally fit for a second attempt. Despite this, Karras returns to the room where Regan is now free from her binds and Merrin lies dead.

In a fit of rage he assaults Regan and orders the demon to take him instead. Pazuzu obeys and Karras throws himself from the window. He then dies of his injuries, but not before receiving last rites from his friend Father Dyer (William O'Malley).

Days later the McNeils leave for Los Angeles. They meet Dyer and say goodbye. Regan remembers nothing, but embraces him after noticing his white collar. After missing the duo, Kinderman decides to befriend Dyer by inviting him to see a movie with him. As Dyer already saw the movie, Kinderman takes him to lunch, and tries to investigate into the death of Karras.

Tagline: The movie you've been waiting for...without the wait.

Based on 0 rating
0 user 0 critic
Did you know? "The Exorcist" contained a number of special effects, engineered by makeup artist Dick Smith. In one scene from the film, Max von Sydow is actually wearing more makeup than the possessed girl. This was because director Friedkin wanted some very detailed facial close-ups. Read More
0 User Reviews
No reviews available. Click here to add a review.
Cast

Editor
Norman Gay
Technical Details
Film Type:
Feature
Language:
English
Colour Info:
Color
Frame Rate:
24 fps
Aspect Ratio:
1.37:1
Stereoscopy:
No
Fun Stuff
Taglines:
The movie you've been waiting for...without the wait.
Now... Open your eyes to... (1976 re-release)
Something beyond comprehension is happening to a little girl on this street, in this house. A man has been called for as a last resort to try and save her. That man is The Exorcist.
The Devil Inside
The Scariest Movie Of All Time Has Returned. In The Version _You've Never Seen Before_.
Somewhere between science and superstition, there is another world. The world of darkness.
Nobody expected it, nobody believed it, and nobody could stop it. The one hope, the only hope: THE EXORCIST
Movie Connection(s):
Referenced in: Sinister (English)
Referenced in: The Conjuring (English)
Referenced in: Insidious: Chapter 2 (English)
Filming Locations:
Al Mawsil, Mosul, Hetra
New York, New York University Medical Center
Key Bridge, Washington, Georgetown, District of Columbia
Goofs:
Miscellaneous
The infamous stairs that Father Karras plummets down are indeed adjacent to the house, though the facade of the wing in which Regan's bedroom is located was added for the film.

Revealing Mistakes
Rubber mats are visible on the steps for the famous fall down the staircase scene.

Continuity
The final scene when the family is driving off in the black Mercedes, the badge naming the type of Mercedes changes from Sxxx to a longer German word.

Revealing Mistakes
During the exorcism scene, the plasma bottle and stand are tipped over, and the nearly-full bottle smashes on the floor. No liquid comes out.

Revealing Mistakes
When Karras listens to the recording of possessed Regan backwards, the questions the priest asks her are heard speaking forward. The questions should be heard backwards.

Crew/Equipment Visible
In the birds-eye view of the scene where Damien is running around the track before meeting the detective, there is a fly on the camera lens.

Continuity
When Father Karras visits his mother at her house, he removes his collar and places it edge-wise on the shelf. In the next shot, the collar is lying down at a different angle.

Continuity
During the exorcism scene, the pillows underneath Regan's head disappear and then reappear.

Continuity
When the clock stops, the pendulum stops on the left side of the clock-casing. When the camera cuts back to the clock the pendulum hangs to the right.
Trivia:
The film was nominated for 10 Oscars, but it won just two: Best Sound and Best Adapted Screenplay. It was the first horror film to be nominated for Best Picture.

The movie was booked at first in just 26 theaters across the country. Friedkin visited every single one of them before the film's release to ensure that its lighting and sound quality were up to his standards.

The real case that inspired William Peter Blatty's novel and screenplay was the 1949 exorcism of a 14-year-old boy, named in press accounts as "Roland Doe" or "Robbie Mannheim".

"The Exorcist" contained a number of special effects, engineered by makeup artist Dick Smith. In one scene from the film, Max von Sydow is actually wearing more makeup than the possessed girl. This was because director Friedkin wanted some very detailed facial close-ups. 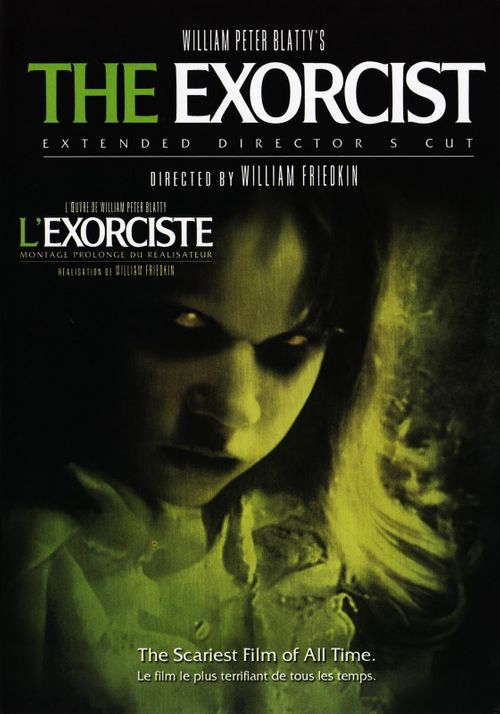 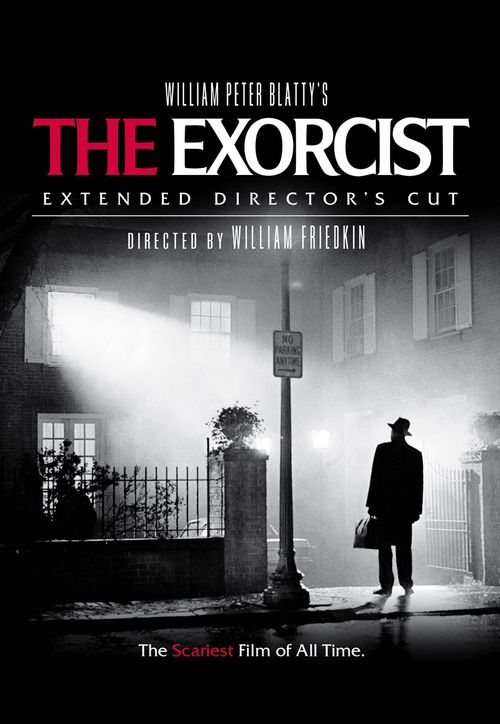 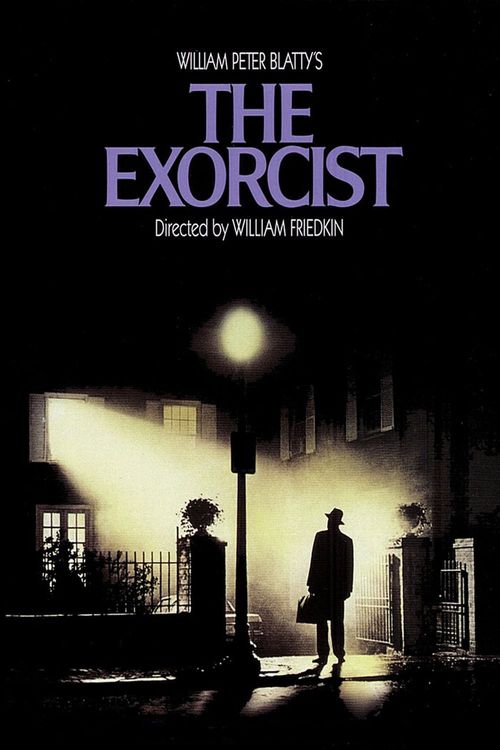 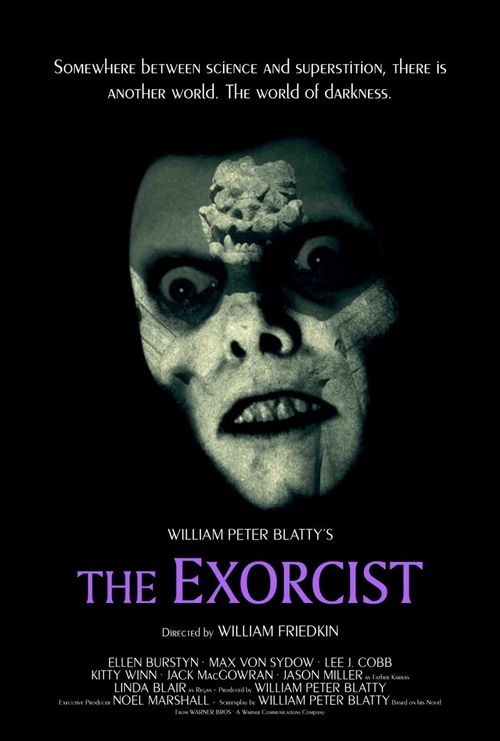