Cancel
Los Angeles street racer Dominic Toretto falls under the suspicion of the LAPD as a string of high-speed electronics truck robberies rocks the area. Brian O'Connor, an officer of the LAPD, joins the ranks of Toretto's highly skilled racing crew undercover to convict Toretto. However, O'Connor finds himself both enamored with this new world and in love with Toretto's sister, Mia. As a rival racing crew gains strength, O'Connor must decide where his loyalties really lie.
See Storyline (May Contain Spoilers)

Outside Los Angeles, a semi-truck loaded with electronics is approached by three heavily modified Honda Civics. The occupants of the Civics immobilize the truck driver, hijack the truck and escape.

The next day, undercover L.A.P.D. officer, Brian O'Conner, is assigned to find the gang responsible for those crimes. Brian uses his cover job at an aftermarket parts shop to infiltrate the local street racing scene. While visiting Toretto's Market, he flirts with the shop's patron, Mia Toretto, the sister of a street racer, Dominic Toretto. Dominic's team consists of Jesse, Leon, Vincent, and his girlfriend, Letty. Vince gets in a fight with Brian over Mia, but Dominic breaks it up.

Brian enters a race with his Mitsubishi Eclipse GSX against Dominic with his Mazda RX-7 and wagers pink slips for his car. During the race, Brian gains an advantage by using a nitrous boost, but loses it when Dominic uses his nitrous to catch up to Brian. Brian races too hard and blows his engine, handing the victory to Dominic. Afterwards, Dominic mocks Brian.

The L.A.P.D. arrives, forcing everyone to flee. Dominic is spotted by the police, but Brian saves him from being arrested, gaining his respect. They venture into the territory of Dominic's old racing rival, Johnny Tran and his cousin, Lance Nguyen, who later blow up Brian's car. Afterwards, Dominic informs Brian that he owes him a "ten second car".

Brian brings a totaled Toyota Supra to Dominic's safehouse, where he offers his skills as a driver and a mechanic. As the crew settles to repair the car, Brian starts dating Mia. Brian investigates Hector and Tran, convinced that Tran is responsible for the truck hijackings. After investigating a suspicious purchase from Hector at the parts shop, Brian discovers electronics, similar to the ones stolen, at Tran's property. Brian informs his handlers, and the F.B.I. organizes a raid on Tran. However, the electronics on Tran's property were legally bought; it now seems that Dominic and his friends are the true culprit.

Dominic invites Brian to a street racing event, Race Wars and says that they'll talk once Brian has proven his worth there. At the race, Jesse loses his father's Volkswagen Jetta to Tran, fleeing after the loss. Tran confronts Dominic, demanding that he must retrieve the car for him. It is then revealed that Dominic and his friends are responsible behind the truck hijackings. To absolve Jesse's debt, Dominic and his friends decided to commit another hijacking the next day.

When Mia divulges the crew's plan to Brian, they rush over to stop them as Brian is aware that the trucks will be heavily defended. Vince is injured by the truck driver's shotgun, but the team retrieves him. Brian blows his cover when he telephones for an ambulance as a police officer.

Brian heads over to Dominic's house to arrest him, but Jesse arrives and pleads for Dominic's help to protect him from Tran. Moments later, Jesse is killed in a drive-by shooting by Lance and Tran, prompting Dominic and Brian to pursue them, which results in Dominic injuring Lance and Brian killing Tran. Brian and Dominic then engage in an impromptu street race, narrowly avoiding a train. Dominic is then injured after his car clips a truck. Instead of arresting him, Brian gives him the keys to his own car, making good on his earlier wager to deliver a "ten second car" and Dominic is able to escape the police.

In the post-credits scene, Dominic is seen driving through Baja, Mexico.

Tagline: If you have what it takes... You can have it ALL!

Based on 0 rating
0 user 1 critic
Did you know? The role of Mia was written for Eliza Dushku, but she turned it down. Read More
1 Critic Review

Audio/Video Mismatch
Close-up shot of Charger's engine throttle, the sound of the engine revs up and down doesn't match the throttle positions.

Character Error
When Brian shows up with the junk yard Supra Jesse is somewhat surprised to see a 2JZ engine in the car, he has no reason to since it was the only engine available in that generation Supra.

Character Error
Dom says, "That's my dad. He was coming up in the pro-stock circuit. Last race of the season, he was coming into the final turn..." Pro-Stock is drag (straight-line) racing. It was his dad, he was there, he ought to know what Pro-Stock is.

Character Error
When Brian is following Mia into the bedroom at Dom's house after the first street race, Mia hits her left elbow on the top of a dresser. She pretends it didn't happen and continues her lines.

Continuity
The floor of the passenger side of Brian's car comes off in the first race yet Dom doesn't seem to need to be wary of this missing floor when he rides with Brian later that night.

Continuity
When the Supra is chasing the dirt bikes it switches from clean to very dirty many times between shots.

Crew/Equipment Visible
As the Charger is flying through the air towards the end of the movie, the stuntman and his helmet are visible for a few seconds.

Crew/Equipment Visible
When the racers are on their way to the first race, there is an aerial shot of above the street, and in the right side of the screen a lighting tower is visibly illuminating the street.

Crew/Equipment Visible
Just before the final race between Dom and Brian, as the view comes up to Dom, the camera, and camera man (wearing a red shirt) are reflected in the Charger's side-view mirror.
Trivia:
Neither Michelle Rodriguez nor Jordana Brewster had driver's licenses or even learner's permits before production of the film.

Mark Wahlberg, Christian Bale and Eminem were all considered for the part of Brian O'Connor before Paul Walker was cast.

Paul Walker and Matt Schulze carefully choreographed the fight scene outside the grocery store, but when it came time to shoot, it didn't feel right. In the end they just improvised.

During the Race Wars, real race cars with their real drivers came to participate in the huge scene.

Film-makers asked owners of houses in backgrounds to re-paint their houses with more muted colors to show off the colorful cars.

Dominic's RX-7 originally had a roll cage. It was removed to accommodate Vin Diesel's physique.

There are over 15,000 individual sound effects in the first street race.

There were more than 60 Japanese vehicles in this movie.

The only film in which O'Connor does not pilot a Nissan Skyline. Although a Skyline does appear during the four way drag race where O'Connor tries to ingratiate himself to Toretto's team.

The role of Mia was written for Eliza Dushku, but she turned it down.

At the house party, Dom says to Brian, "You can have any beer you want, as long as it's a Corona." This is a reference to automobile innovator Henry Ford. Although he probably never said, "You can have any color you want, as long as it's black," and although the Model T to which he was supposedly referring was made in several colors (including a couple of shades of green and red as well as gray, blue, and several others), the phrase has long been attributed to him. 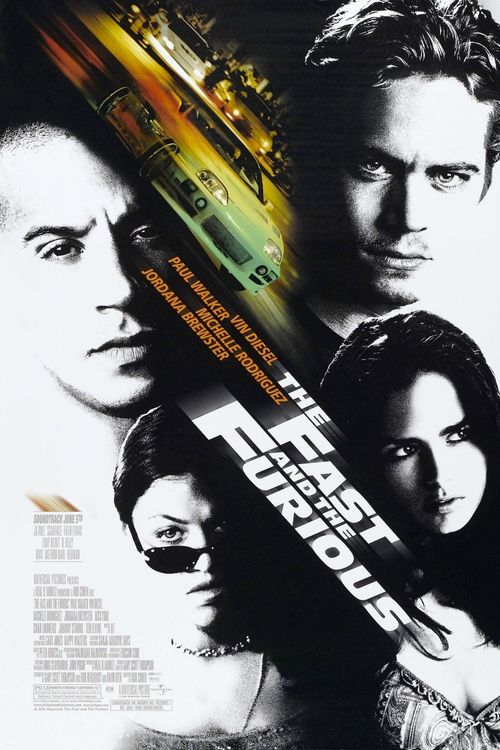 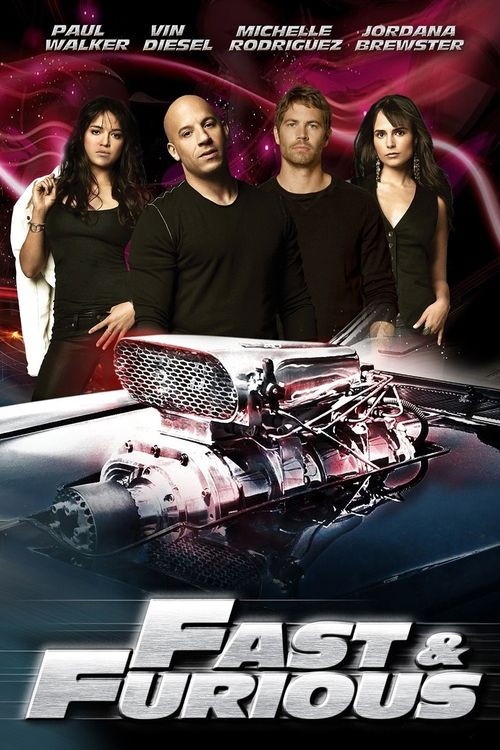 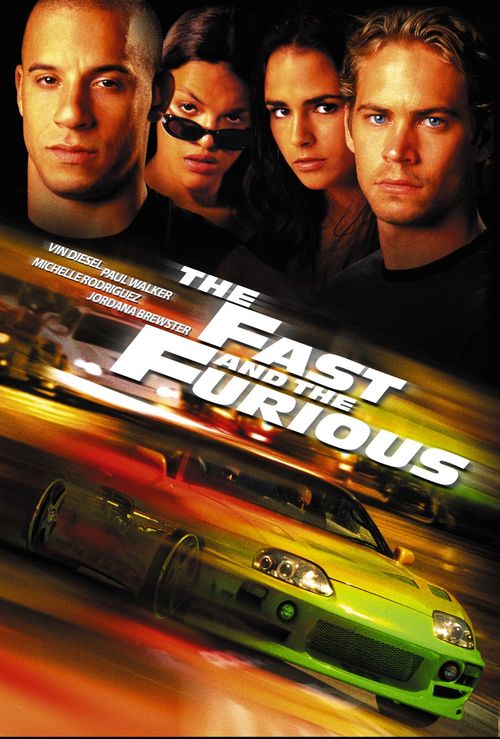