Cancel
This masterfully crafted, epic crime saga begins as "Don" Vito Corleone, the head of a New York Mafia "family", oversees his daughter's wedding with his wife Carmela. His beloved son Michael has just come home from the war, but does not intend to become part of his father's business. Through Michael's life the nature of the family business becomes clear. The business of the family is just like the head of the family, kind and benevolent to those who give respect, but given to ruthless violence whenever anything stands against the good of the family. Don Vito lives his life in the way of the old country, but times are changing and some don't want to follow the old ways and look out for community and "family". An up and coming rival of the Corleone family wants to start selling drugs in New York, and needs the Don's influence to further his plan. The clash of the Don's fading old world values and the new ways will demand a terrible price, especially from Michael, all for the sake of the family.
See Storyline (May Contain Spoilers)

This classic gangster drama opens on the day of his only daughter's wedding, as Vito Corleone hears requests in his role as the Godfather, the Don of a New York crime family. Vito's youngest son, Michael, in a Marine Corps uniform, introduces his girlfriend, Kay Adams, to his family at the sprawling reception.

Vito's godson Johnny Fontane, a popular singer, pleads for help in securing a coveted movie role, so Vito dispatches his consigliere, Tom Hagen, to Los Angeles to influence the abrasive studio head, Jack Woltz. Woltz is unmoved until the following morning when he wakes up in bed with the severed head of his prized stallion.

Shortly before Christmas 1945, drug baron Virgil "The Turk" Sollozzo, backed by the Corleones' rivals, the Tattaglias, asks Vito for investment in the emerging drug trade and protection through his political connections. Vito disapproves of drug dealers, so he sends his enforcer, Luca Brasi, to spy on them. The family then receives two fish wrapped in Brasi's vest, imparting that he "sleeps with the fishes".

An assassination attempt by Sollozzo's men lands Vito in the hospital, so his eldest son, Sonny, takes command. Sollozzo kidnaps Hagen to pressure Sonny to accept his deal. Michael thwarts a second assassination attempt on his father at the hospital; his jaw is broken by Police Captain McCluskey, who is also Sollozzo's bodyguard. Sonny retaliates for the attacks on his father by having Tattaglia's son killed.

Michael comes up with a plan to hit Sollozzo and McCluskey: on the pretext of settling the dispute, Michael accepts their offer to meet in a Bronx restaurant and, retrieving a planted handgun, murders them.

Despite a clampdown from the authorities, the Five Families erupt in open warfare and the brothers fear for their safety. Michael takes refuge in Sicily, and Fredo Corleone is sheltered by associate Moe Greene in Las Vegas. Sonny attacks his brother-in-law Carlo on the street for abusing his sister Connie and threatens to kill him if he abuses her again.

When it happens again, Sonny speeds for her home but assassins ambush him at a highway toll booth and riddle him with submachine gun fire. Michael's time abroad has led to marriage to Apollonia Vitelli. Their euphoria is shattered when a car bomb intended for him takes her life.

Devastated by Sonny's death, Vito decides to end the feuds. Realising that the Tattaglias were under orders of the now dominant Don Emilio Barzini, he promises, before the heads of the Five Families, to withdraw his opposition to their heroin business and forgo revenge for his son's murder. His safety guaranteed, Michael returns home to a father saddened by his involvement in the family business and marries Kay the next year.

With his father at the end of his career and his surviving brother too weak, Michael takes the reins of the family, promising Kay that he will make the business legitimate within five years. To that end, he insists Hagen relocate to Las Vegas and relinquish his role to Vito because Tom is not a "wartime consigliere"; the older man agrees Tom should "have no part in what will happen" in the coming battles with rival families.

When Michael travels to Las Vegas to buy out Greene's stake in the family's casinos, Greene derides the Corleones as a fading power. To add injury to insult, Michael sees Fredo falling under Greene's sway.

Vito collapses and dies in his garden while playing with Michael's son, Anthony. At the funeral, Salvatore Tessio arranges a meeting between Michael and Don Barzini, signalling his treachery as Vito had warned. The meeting is set for the same day as the christening of Connie's son, to whom Michael will stand as godfather.

As the christening proceeds, Corleone assassins, acting on Michael's orders, murder the other New York dons and Moe Greene. Tessio is told that Michael is aware of his betrayal and taken off to his death. After Carlo is questioned by Michael on his involvement in setting up Sonny's murder and confesses he was contacted by Barzini, Peter Clemenza kills him with a wire garrote.

Michael is confronted by Connie, who accuses him of having her husband killed. He denies killing Carlo when questioned by Kay, an answer she accepts. As Kay watches warily, Michael receives his capos, who address him as the new Don Corleone.

Tagline: An offer you can't refuse.

Based on 0 rating
0 user 0 critic
Did you know? Marlon Brando wanted to make Don Corleone "look like a bulldog," so he stuffed his cheeks with cotton wool for the audition. During the actual filming, he wore a mouthpiece made by a dentist. This appliance is on display in the American Museum of the Moving Image in Queens, New York. Read More
0 User Reviews
No reviews available. Click here to add a review.
Cast

Lenny Montana, who plays Luca Brasi, was so nervous about working with Marlon Brando that in the first take of their scene together, he flubbed some lines. Director Francis Ford Coppola liked the genuine nervousness and used it in the final cut. The scenes of Luca practicing his speech were added later.

During an early shot of the scene where Vito Corleone returns home and his people carry him up the stairs, Marlon Brando put weights under his body on the bed as a prank, to make it harder to lift him.

Marlon Brando wanted to make Don Corleone "look like a bulldog," so he stuffed his cheeks with cotton wool for the audition. During the actual filming, he wore a mouthpiece made by a dentist. This appliance is on display in the American Museum of the Moving Image in Queens, New York. 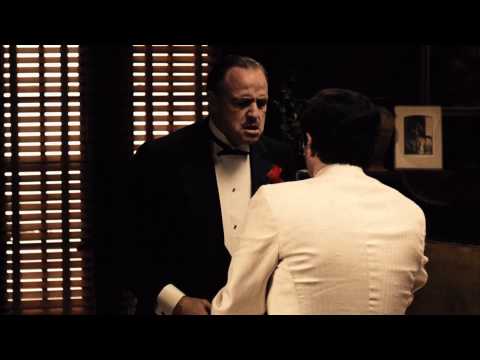 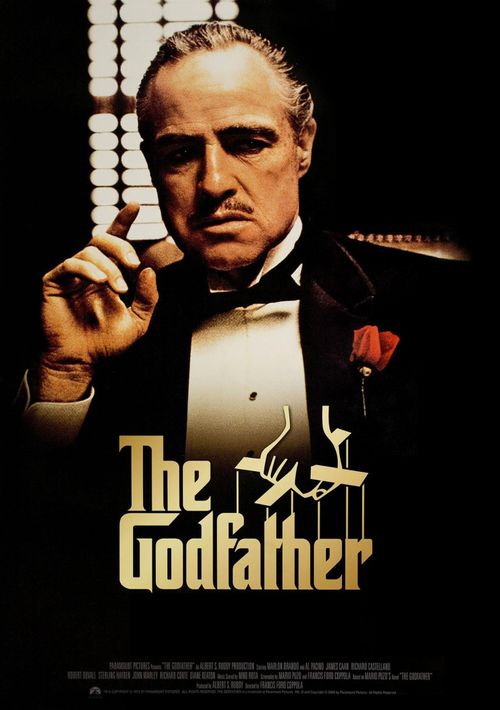