Cancel
A Russian Jewish father emigrates to America in 1923, with a promise to send for his mother and young daughter when he is settled. When his village is burned in a pogrom, his mother is killed and his daughter is separated from other youngsters who make it to the port to emigrate. She ends up on a ship bound for England, where she is renamed Suzie and raised by a British family. Many years later, Suzie's talent for singing and dancing sees her accepted into a Paris dance troupe, where she is befriended by Lola, a fellow dancer from Moscow. Cesar, a handsome brooding gypsy who works with the troupe, later becomes her lover. Lola pursues Dante, an egotistical tenor who is performing in the area. All is well until the Nazis march into Paris, and Suzie's Russian Jewish background places her in danger. She must decide whether to leave Cesar and her friends and continue the search for her father in America.
See Storyline (May Contain Spoilers)

This historical family-oriented drama revolves around Fegele Abramovich (Christina Ricci), a Russian Jew is separated from her father (Oleg Yankovsky) as a child in 1927. Her father has travelled to America to seek his fortune and plans to send for Fegele and her grandmother.

Before leaving, he sings "Je Crois Entendre Encore" from the Bizet opera Les pêcheurs de perles to her. After her father leaves, the village is attacked and burned in a pogrom. Fegele escapes with the help of neighbours; after many obstacles, she is crowded onto a boat headed for Britain, with only a photo of her father and a coin given to her by her grandmother.

Upon arrival, an English official renames her "Susan" and places her with foster parents. English students at school taunt her by calling her a "gypsy", but she cannot yet understand English. A teacher at the school overhears her singing "Je Crois Entendre Encore" in Yiddish, and teaches her to sing and speak in English.

Time passes, and Suzie auditions for a singing dance troupe heading for Paris. There, she meets an older Russian dancer, Lola (Cate Blanchett), and they share an apartment as friends. At a formal party, both women perform as dancers alongside a mysterious performing horseman Cesar (Johnny Depp), a Romani that Suzie is attracted to.

After their performance outside, they overhear a tenor inside singing "Je Crois Entendre Encore"; the voice belongs to Dante (John Turturro), an Italian opera singer who immediately catches Lola's eye. Lola works her way into his good graces and falls for his charms, enticed by his wealth and success.

Dante, Lola, Suzie, and Cesar all work for an opera company directed by Felix Perlman (Harry Dean Stanton). Dante is an imperious follower of Mussolini: this alienates him from Suzie even as he becomes Lola's lover. Meanwhile, Cesar introduces Suzie to his "family" (essentially his entire tribe), and they fall in love.

One day Dante is rifling through Suzie's things after a dalliance with Lola in the apartment, and deduces her Jewish heritage after finding her father's photo. An elderly Jewish neighbour downstairs, Madame Goldstein (Miriam Karlin), also knows that Suzie is Jewish and has warned her of the dangers on the horizon as the Germans invade Poland.

The following year, as the Germans invade France and approach Paris, an exodus begins of Jews and other people threatened by Nazism. Crowds for the operatic show dwindle, and eventually the only cast members left are Dante and Suzie. Dante attempts to seduce Suzie and she rebuffs him. He lashes out at her for her heritage and her relationship with Cesar, whose heritage he also scorns.

Perlman comes to her defence; he reminds Dante that as an Italian in Paris at that time, should Mussolini align with the Nazis, Dante's own position in Paris would be precarious. Perlman closes down the show; the Nazis enter Paris the following morning.

Dante reluctantly returns to his earlier role as minstrel. After another rebuff from Suzie, Dante reveals to a German officer that Suzie is a Jew. Lola overhears this betrayal and informs Suzie that she is in danger and must leave Paris. Lola has also decided to leave Dante and has purchased tickets for Suzie and herself on an ocean liner headed for America.

The same night of the party, the Nazis attack the Romani village and kill a child. When Cesar comes to her apartment to say goodbye, Suzie expresses her desire to stay and help Cesar fight the Nazis for his family, but he tells her she must flee and find her father. They share a tender last evening together.

Suzie searches for her father and discovers that he changed his name, gave up singing, and moved West after hearing about the attack on his home village, which he assumed killed all the members of his family.

Suzie goes to Hollywood where her father was a studio head and discovers he has a new family and that he is dying. She goes to the hospital, walks past his new wife and children who are waiting outside the door to his room, and is reunited with her father. He recognises her and expresses joy at her appearance. She sits on the side of his bed and sings "Je Crois Entendre Encore" to him in Yiddish as tears roll down her face.

Based on 0 rating
0 user 0 critic
Did you know? The Place de la Concorde was used by the production as background for some scenes. This came after several weeks of negotiation between the director and producers of the movie, and the mayor of Paris, since the location is rarely closed for movie production. The scenes were shot after midnight and before 6:00 p.m. Read More
0 User Reviews
No reviews available. Click here to add a review.
Cast

Miscellaneous
When Suzie is following on her bicycle, we can see that it is a multi-speed bike with a rear derailleur, which were not in use until 1949.
Trivia:
This is the last film worked on by the French cinematographer Sacha Vierny.

The actors/musicians that play Cesar's family are members of the Romanian music group Taraf de Haidouks.

Johnny Depp asked for golden teeth to be put into his mouth to give more realism to his character.

The scenes where the people of Paris are shown leaving town because of Nazi occupation were shot just before the morning traffic jammed the streets.

The Place de la Concorde was used by the production as background for some scenes. This came after several weeks of negotiation between the director and producers of the movie, and the mayor of Paris, since the location is rarely closed for movie production. The scenes were shot after midnight and before 6:00 p.m. 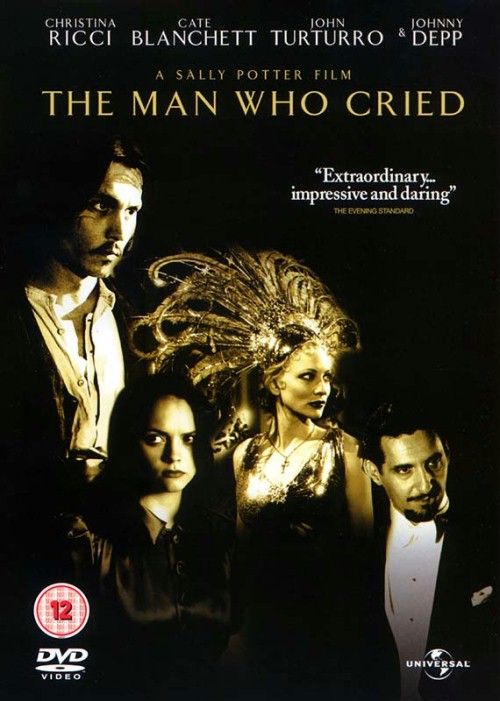