Cancel
After returning from the Second World War, having witnessed many horrors, a charismatic intellectual creates a faith-based organization in an attempt to provide meaning to his life. He becomes known as "The Master". His right-hand man, a former drifter, begins to question both the belief system and The Master as the organization grows and gains a fervent following.
See Storyline (May Contain Spoilers)

Alcoholic Freddie Quell (Joaquin Phoenix) is a World War II veteran suffering from post-traumatic stress disorder and struggling to adjust to a post-war society. He finds a job as a photographer at a local department store taking family portraits, but is eventually fired for assaulting a customer after drunkenly harassing him. Freddie then finds work on a cabbage farm, but one of his home-made alcoholic beverages poisons an elderly coworker due to its questionable contents. Freddie is chased off the farm by his employers and becomes a drifter.

One night, Freddie, while intoxicated, boards the yacht of Lancaster Dodd (Philip Seymour Hoffman), the leader of a philosophical movement known as The Cause. Despite Freddie's intrusion, Dodd allows Freddie to stay because he enjoys his drinks (revealed to be made with paint thinner), even going so far as to extend an invitation to Freddie to attend the marriage of Dodd's daughter (Ambyr Childers). Dodd exposes Freddie to the exercise known as Processing, during which Freddie is subjected to heavy psychological questioning with the intent of conquering any past traumas Freddie may have. It is revealed that his father has died, his mother is institutionalized, he may have had an incestuous relationship with his aunt, and he abandoned the love of his life, a young girl named Doris (Madisen Beaty) who wrote to him while he was at war. Freddie takes a liking to The Cause, and Dodd sees something exceptional in Freddie. Together they begin to travel along the East Coast spreading the teachings of The Cause. However, Freddie's violent and erratic behavior has not improved, nor has his alcoholism. At a dinner party in New York, a man questions Dodd's methods and statements, and Freddie responds by assaulting him later in the night.

Other members of The Cause begin to worry about Freddie's behavior, despite Dodd's insisting that Freddie is an important part of the movement. While visiting in Philadelphia, Dodd's wife Peggy (Amy Adams) tells Freddie that he must quit drinking if he wishes to stay, to which he agrees. However, he has no true intention of keeping his promise. Freddie criticizes Dodd's son Val (Jesse Plemons) for disregarding his father's teachings, but he responds by informing Freddie that his father is a fraud and all of his teachings are being improvised. Dodd is arrested for practicing medicine without proper qualifications, and Freddie is also arrested for assaulting police officers. When he is imprisoned, he responds by destroying parts of his jail cell and smashing his head on the top bunk bed. Dodd attempts to calm him down from the neighboring cell but Freddie erupts in a tirade, questions everything that Dodd has taught him and accuses him of being a fake. The two men trade insults until Dodd turns his back. They eventually reconcile upon their release, but members of The Cause have become more suspicious and fearful of Freddie, believing him to be insane or an undercover agent.

Freddie returns to the exercises performed by The Cause, but becomes increasingly angry and frustrated with his lack of results and repetition of the exercises. Eventually he passes the tests, with Dodd hugging him in approval. They travel to Phoenix, Arizona to release Dodd's latest work, which he was initially hesitant to publish. When Dodd's publisher criticizes the quality of the book and its teachings to Freddie, Freddie drags him outside and assaults him. Helen Sullivan (Laura Dern), a key member of The Cause, upon reading the book, questions Dodd for contradicting previously-established practices in the new book, and Dodd loses his temper publicly. During another exercise in which Freddie is supposed to ride a motorcycle at high speed through the desert towards an object in the distance, he instead abandons Dodd, rides the motorcycle out of the desert, and decides to leave The Cause. He attempts to rekindle his relationship with Doris, but learns from her mother that seven years have passed since he last saw her and that she is now happily married with children and is living in Alabama. Freddie leaves disappointed, but seems pleased that Doris has made a happy life for herself.

While sleeping in a movie theater, Freddie has a "vision" of Dodd, who calls him by telephone, having mysteriously located him. Dodd informs Freddie that he is now residing in England and that Freddie must travel and join him as soon as possible. Taking the dream literally, he travels across the Atlantic to reunite with Dodd. Upon Freddie's arrival at Dodd's school, Peggy concludes that Freddie has no intention of improving his life and should not be involved in The Cause at all. Dodd finally realizes that his wife is correct, and that Freddie must venture out to the world and take his own path. He gives Freddie an ultimatum: Stay with The Cause and devote himself to it for the rest of his life, or leave and never come back. Freddie decides to leave. After leaving, he meets a woman at a pub and has sex with her, while reciting the questions Dodd had first posed to him during their first session at sea. The film ends with the image of Freddie on the beach, lying in the sand, next to the sand sculpture of a woman he had earlier defiled.

Based on 0 rating
0 user 0 critic
Did you know? During the Jail scene only three takes were filmed and the scene used in the film is the first take of the scene. Read More
0 User Reviews
No reviews available. Click here to add a review.
Cast

The first line where Freddie is talking on the beach was entirely improvised.

"Alethia" meaning "Truth" in Greek, is the name of the ship which carries the cult.

During the Jail scene only three takes were filmed and the scene used in the film is the first take of the scene.

This was Hoffman's last film with Paul Thomas Anderson following his untimely death in 2014.

Reese Witherspoon was initially considered to play Peggy but was eventually Amy Adams was cast in the role.

This was Philip Seymour Hoffman's fourth and final Oscar nomination.

During the production stage Amanda Seyfried, Emma Stone and Deborah Ann Woll were considered for the role of Elizabeth. 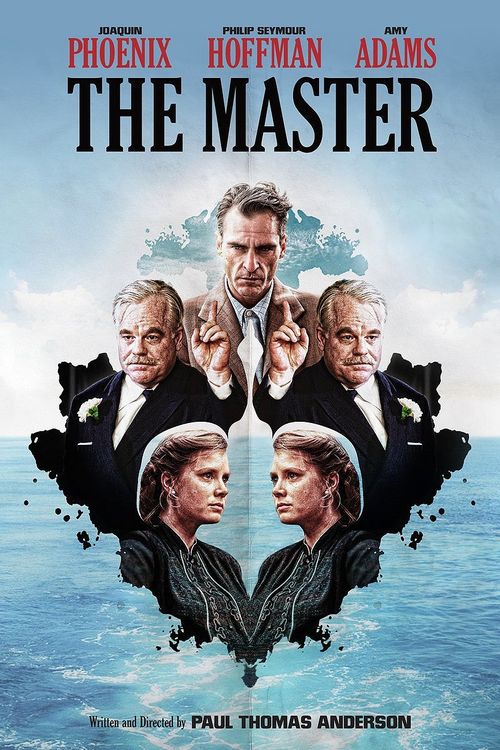 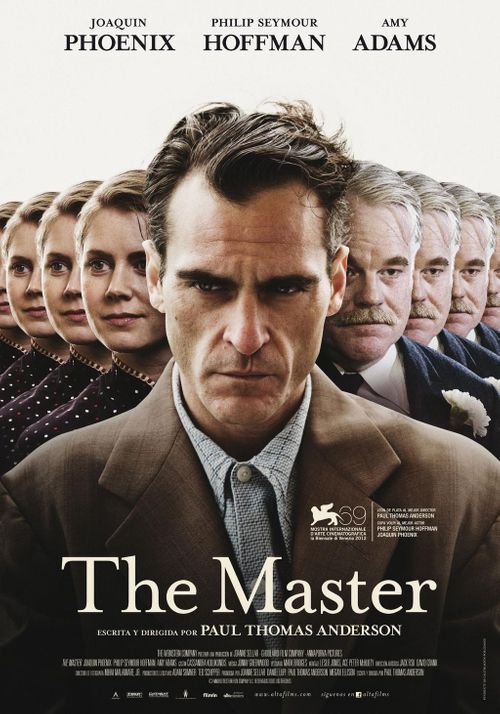 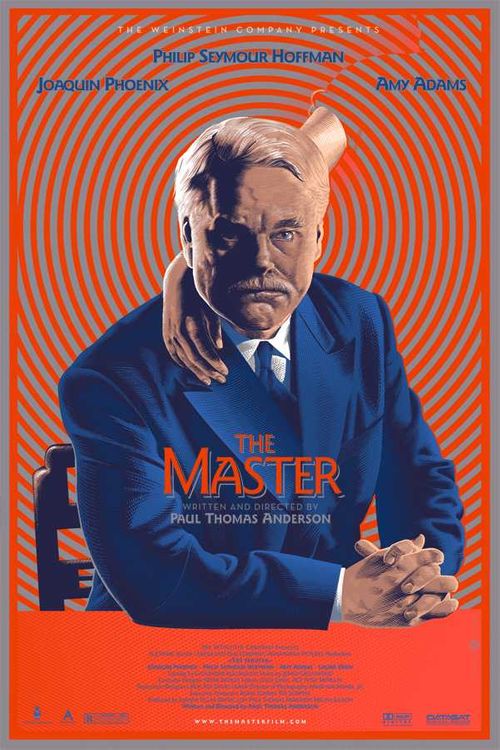 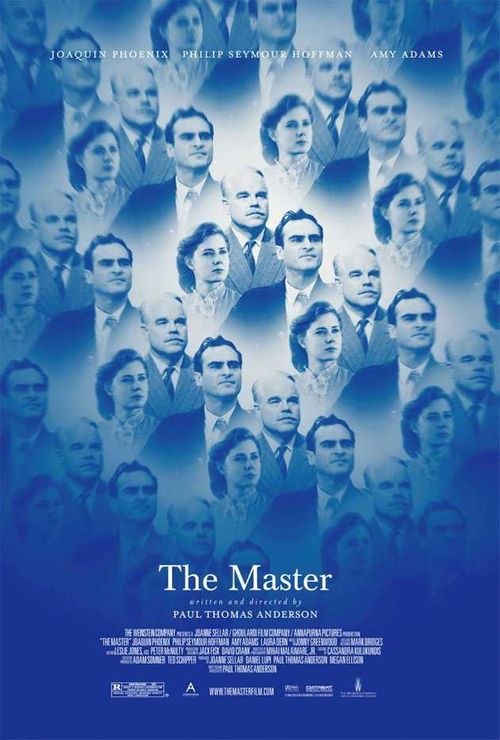