Cancel
Archeologist Jack keeps having reoccurring dreams of a past life, where he is the great General Meng Yi, whom is sworn to protect a Korean Princess named OK-soo. Jack decides to go investigate everything with his friend William.
See Storyline (May Contain Spoilers)

During the Qin Dynasty, General Meng Yi is tasked with escorting the Korean princess Ok-soo back to China to marry the Qin emperor. Along the journey, a Korean warrior attempts to seize her back but Meng Yi saves her. Ok-soo falls in love with Meng Yi and displays her affections for him openly, but Meng keeps his honour by rejecting her and successfully completing his mission. The Qin emperor becomes critically ill later and he sends Meng Yi to find the elixir of immortality, the only thing that can save his life. The guards escorting the elixir are ambushed by rebels on the orders of the treacherous prince and chancellor. Meng Yi hands over the elixir to his deputy Nangong Yan before dying in the ensuing battle. Although Nangong Yan manages to bring the elixir to the emperor, the prince and chancellor wanted Nangong Yan and Ok-soo to test the validity of the elixir and force them to consume the elixir, condemning them to imprisonment in the Qin emperor's mausoleum for eternity.

In the present-day, Jack, an archaeologist, is the reincarnation of Meng Yi, as he often dreams about his past life. One day, his friend William invites him on a quest to find a rare material that can create a field of zero gravity. They travel to a floating tomb of a Dasar Prince in India, where Jack discovers a painting of the princess he's been seeing in his dreams. Jack also learns that in an ancient mission to Qin China, the Prince brought treasures and women, and the Emperor in exchange gave him one of his concubines, but reneged when the Prince chose his favourite, Ok-soo; in apology, the Prince received instead a painting of Ok-soo and the Qin Star Gem. William removes a strange black rock from a feline statue, and accidentally collapses the zero gravity field holding up the tomb, resulting in its destruction. William manages to escape but Jack leaps off a cliff and falls into a river. He loses consciousness and drifts along with the current until he is saved by an Indian girl named Samantha. Samantha brings Jack to see her uncle, a Kalaripayattu guru, who tells Jack to take the sword he found and fight with one of his students. During the fight, Jack has a recollection of a duel he had with the Dasar Prince in his past life, after which the two warriors exchanged swords. Samantha's uncle enlightens Jack about his past and future, and Jack succeeds in returning home safely and he delivers the sword to the National Museum of China as a national treasure. His action angered the leader of the secret organisation that has been funding Jack and William's treasure hunt, Professor Koo, a "tomb raider" who is an old acquaintance of them.

After extensive research, Jack and William conclude that the anti-gravity material is actually a fragment of a meteorite that fell to Earth during the Qin Dynasty. They find the exact location of the Qin emperor's mausoleum, concealed behind a waterfall. The massive tomb contains the strongest fragment of the meteorite, which is powerful enough to make the tomb become a floating palace. Jack meets Ok-soo and Nangong Yan inside the tomb and they mistake him for Meng Yi. Just then, a group of intruders led by Professor Koo enters the tomb and they attempt to seize the immortality elixir, leading to an aerial fight between both parties. William accidentally breaks the balance of the field after removing a piece of the meteorite and causes the tomb to collapse on itself, and dies after drowning in mercury. Jack escapes from the collapsing tomb, asking Ok-soo to come with him, but she refuses after realising that Jack is not Meng Yi, saying that she will wait for real Meng Yi forever because she believes that he still lives.

At the film's end, Jack is seen back home with a published copy of a book he wrote about the whole adventure and his experiences titled "The Myth", which he dedicates to William.

Jun He
as Phoenix

Revealing Mistakes
In the end of the movie, when Jack closes the book, on the cover it is written "The Mnth" instead of "The Myth". The difference may be hardly noticeable because of the stylized characters.
Trivia:
Due to Mallika Sherawat's racy image in Bollywood, rumors circulated that she landed the role over many other Indian actresses (Aishwarya Rai Bachchan, Lara Dutta, Priyanka Chopra) because she was willing to do full frontal nudity in this film. When these rumors were spread, Stanley Tong and Jackie Chan held a special press conference in India to say that they picked Mallika over many others because of her great charm and genuine acting talent, and that the film didn't even have a kissing scene, let alone full frontal nudity.

Aishwarya Rai Bachchan was the original choice to play the Indian princess but she was on tour at the time and her busy schedule didn't allow her to take the role.

Hee-seon Kim, one of the female leads, is from Korea. She learned her Chinese lines by memorizing the sounds. Sometimes production would change the script a little, but had to keep Hee-seon's lines about the same because of her limited Chinese. 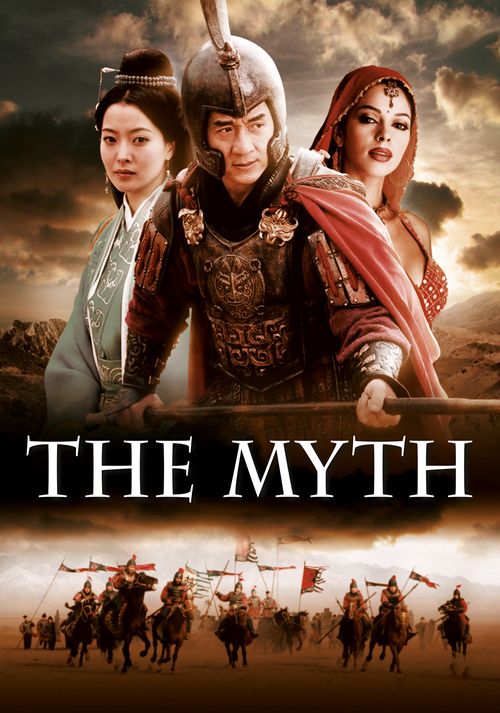