Cancel
A CIA operative, Emerson Kent, is sent to kill a man who owns a bar. Before being killed by Kent, he reveals he is a former agent who wanted to retire. A witness flees the scene, accidentally leaving his wallet behind. Kent finds the wallet and tracks the witness to his home, where he kills him. Kent spares the life of man's daughter, who follows him outside, hysterical. As Kent tries to convince his boss, Michael Grey, not to kill her, Grey strikes Kent on the back and he falls to the ground. Kent and the woman share a last look at each other as Grey kills her. Kent is transferred to Suffolk, England to watch over a numbers station. While there, he befriends Katherine and is haunted by memories of the woman who was killed. When the numbers station comes under attack, Kent and Katherine barricade themselves inside. One assassin is already inside the secure station and, after a lengthy shootout, is killed by Kent. Kent requests assistance, and the operator tells him help will arrive in four hours; since the code has been compromised, he must kill Katherine. Kent notices that Katherine has a serious leg wound and dresses her wound. Kent receives an update from the operator, and, when he reports that he has not killed Katherine yet, the operator orders him to do so immediately. Kent contemplates her death but ultimately decides to recruit her help in tracing fifteen unauthorized messages sent from the station. On the computer, Kent and Katherine discover dossiers of fifteen different government officials, including Grey. The unauthorized codes are instructions to assassinate the officials, and Katherine is to be eliminated so she can't cancel the broadcasts. Kent says that the assassinations would leave the intelligence world crippled and the world unrecognizable. Kent tricks the telephone operator by giving him a false confirmation code; the operator offers Kent a deal, and Kent pretends to have killed Katherine. Kent escapes to his car, where he recovers a cell phone, and then races back to protect Katherine, who has cracked the code and is broadcasting orders to cancel to previous instructions. Katherine leaves her station when she sees the assassin, but he manages to wound her before Kent kills him. Katherine insists that Kent complete the final cancellation order, and he leaves her side briefly. When he returns, he administers an anesthetic, and she asks him if she will wake. Kent reassures her that he will not kill her, but he reports her as dead to Grey. Kent spreads C4 explosives throughout the base and drops Kathetine's jewelry on the floor. After he carries Katherine outside, the base explodes, destroying all evidence. Kent hijacks a car, only to realize that the driver is the telephone operator. When Kent asks him who he works for, the operator replies that he used to work for the same people that Kent does, but he now works for the other side; they are just as twisted, but they pay better. The two shoot each other at the same time, but Kent survives and attempts to drive away, only to fall unconscious from shock and crash. Kent wakes in a hospital and discovers that Katherine is alive. Grey steps in and says that she is a liability, but Kent is able to save her life by convincing Grey that she is responsible for saving his life. Grey volunteers to find their bodies at the ruins of the station, and, as the end credits roll, cars are shown passing over the Orwell Bridge in Ipswich at night, implying that Kent and Katherine escaped.

Tagline: The code has never been compromised. Until now.

Based on 0 rating
0 user 0 critic
Did you know? In the scene where they are reviewing the profiles, one that comes up is Sean Furst, who is one of the movie's producers. Read More
0 User Reviews
No reviews available. Click here to add a review.
Cast

Max Bennett
as Intern at Hospital

Continuity
Katherine tells Emerson the code is 7463. The code that Emerson mouthed, over background music into the microphone, was 7543.

Continuity
In the late scene featuring a BMW 7 series, the registration number is AK03HXT, when John Cusack drives away in it it suddenly becomes T96 ABT, which is a BMW that is currently legally on the road in the UK.
Trivia:
Ethan Hawke was initially cast in the lead role. He dropped out however, and was replaced by John Cusack.

In the scene where they are reviewing the profiles, one that comes up is Sean Furst, who is one of the movie's producers. 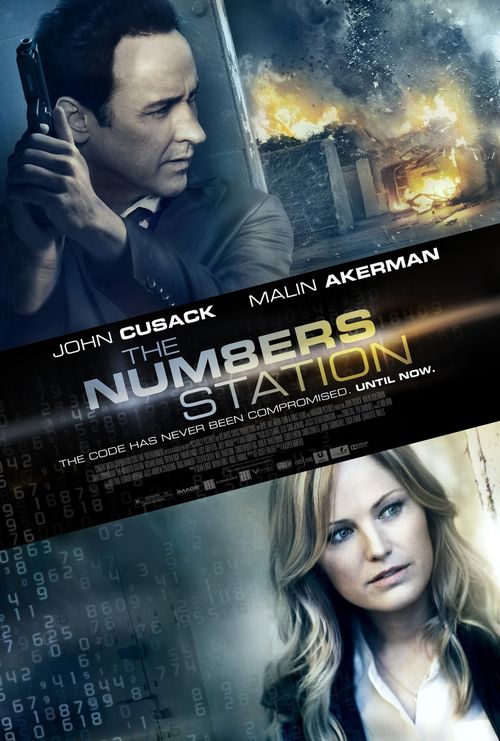