Cancel
After having been rewarded for solving the mystery of the Pink Panther Diamond, inspector Jacques Clouseau has been assigned to minor tasks by his boss inspector Dreyfus so as not to have him in his way anymore. Unfortunately, the famous diamond has once again been stolen as have many other artifacts in a series of burglaries around the world. His past success will enable inspector Clouseau to be part of the dream team comprised of the greatest detectives of the affected countries, where he will be able to display his numerous talents across the world.
See Storyline (May Contain Spoilers)

When the master thief, the Tornado, begins stealing expensive artifacts (the Magna Carta in London, the Turin Shroud in Turin, and the Imperial Sword in Kyoto), the Government of France assembles a Dream Team of Amateur Detectives to solve the case. Inspector Clouseau is reassigned from his task as a parking officer by Chief Inspector Dreyfus to join the Dream Team in Japan, site of the Tornado's recent heist. At the airport, as soon as he is officially leaving France, news breaks that the Pink Panther Diamond has also been stolen. Clouseau travels back to the scene of the crime, where the other members of the Dream Team, Inspector Pepperidge (Great Britain), Vincenzo (Italy), Kenji (an electronics specialist from Japan), and Sonia (a researcher and criminology expert from India), are gathering. They go to Rome to investigate a black market fence, Alonso Avellaneda, who deals with The Tornado. Assuming he is The Tornado, the Dream Team question him while Clouseau snoops around. Avellaneda successfully vindicates himself by demonstrating that he lacks a bullet-wound to the right shoulder – the Tornado was shot in that shoulder during a theft over a decade ago. After they leave, he meets with the real Tornado.

Later on that night, Clouseau and his partner, Ponton, spy on Avellaneda, using a wire they have planted on him, as he takes a date out for dinner. Unfortunately, the mission is compromised when they find Vincenzo and Clouseau's girlfriend, Nicole, together at the restaurant. Having been banned for burning down the restaurant three months earlier, Clouseau disguises himself as a dancer and attempts to switch the wire to Nicole's table. In the process, he ends up burning down the restaurant again. At the same time, The Tornado steals the Pope's ring, an act which begins to turn public opinion against the Dream Team. When Clouseau's acts of foolishness aggravate the situation, he is voted off the team, with only Sonia sympathizing with him. Shortly afterward, Clouseau is called to an office where they see the Tornado has killed himself, and left a suicide note claiming he destroyed the Pink Panther – regarding it as being so beautiful that he could not bring anyone other than himself to own it – and left the other treasures to be recovered. Examining a key they found in the Pope's Chambers, they successfully match the DNA of the victim with DNA of the Tornado acquired when he was shot, and thus believe themselves to have solved the case. However, Clouseau is unconvinced and believes the Tornado was not the thief.

For their victory in recovering the stolen items (minus the Pink Panther), a celebration is thrown in the Dream Team's honor. Clouseau, who was not invited, tries to convince Dreyfus that the real thief is still at large, but is ignored. Dreyfus relays to the group that Clouseau told him Sonia was the thief, and the group, treating the idea as a joke, work out a plausible explanation for how she could have done it; as the Tornado's ex-lover, she would have in-depth knowledge of his methods, and has set up a situation to draw all attention to the thefts of the other artifacts while leaving her free to sell on the Pink Panther as the only treasure that could be cut up and sold on without suspicion. As Sonia tries to leave, Nicole asks her to take everything out of her purse. Sonia pulls out a gun, and after initially threatening to shoot Nicole, she shoots Clouseau, but the bullet hits the medal of honor. She then runs upstairs. Clouseau and the rest of the Dream Team chase her all around the building, while they all (except for Clouseau) make fools of themselves. Finally cornered, Sonia threatens to destroy the Pink Panther, and Clouseau successfully goads her to do so. Clouseau reveals that she had destroyed a fake gem he had switched with the real one, and that the Tornado, a master thief and a recognized authority on valuable gems, would have recognized this; therefore, his suicide note – where he praised the beauty of the gem – was forged and he was actually murdered. He reveals that he had given Sonia's car a ticket two days before the Pink Panther was stolen, contradicting her alibi of having been delayed to the crime scene because of her flight. Dreyfus tries to claim credit for having appointed Clouseau to his parking job, but Clouseau, remembering Dreyfus told him to deny this to anyone who asked, rebukes the claim. Clouseau later marries Nicole.

Based on 0 rating
0 user 0 critic
Did you know? Jean Reno chose to reprise his role due to the good experience he had working on the previous film, his friendship with Steve Martin, his joy at working with Alfred Molina again after The Da Vinci Code (2006) and his pleasure at working between Paris and Boston. Read More
0 User Reviews
No reviews available. Click here to add a review.
Cast

Evgeniy Lazarev
as The Pope

Continuity
In The Pink Panther, the diamond was set in a ring. In this film, it is just the gem.

Continuity
Clouseau and Ponton load a new model Smart Car to drive to the airport. As they drive, the car turns into an older Smart Car, with different rear lights. When they arrive at the airport, the car is a new Smart Car.

Continuity
After Avellaneda shows his shoulder to the Dream Team, he buttons the topmost button of his shirt. When Clouseau tears off his shirt, all of the buttons are open.

Continuity
When Clouseau falls back over the crime scene tape when the Pink Panther is stolen, a lock of hair falls over Vicenzo's face. In the next shot, his hair is slicked back. The lock reappears and disappears again in the next few shots.

Crew/Equipment Visible
Towards the end, during the conversation between Clouseau and Sonia, a male crew member is reflected in the rear view mirror of Sonia's car.
Trivia:
Despite a rather extensive publicity campaign, a predominantly French setting, its hero being a French detective and the presence of one of France's most popular actors (Jean Reno) in the cast, the film was a huge commercial failure in France, lasting merely one week in most major multiplexes.

Aishwarya Rai Bachchan quickly accepted the part of Sonia Solandres as she grew up watching the original films and Steve Martin's previous films and she knew families would enjoy viewing it and have a good laugh, especially her husband Abhishek Bachchan's niece and nephew.

Steve Martin immediately accepted to reprise his role for this sequel because of his love of the character and the opportunity to do very physical, burlesque comedy.

Shawn Levy, director of the previous film, chose not to helm this entry, serving instead as executive producer.

Lowell Ganz and Babaloo Mandel were hired to perform an uncredited rewrite/polish of the script in January 2007.

Jean Reno chose to reprise his role due to the good experience he had working on the previous film, his friendship with Steve Martin, his joy at working with Alfred Molina again after The Da Vinci Code (2006) and his pleasure at working between Paris and Boston.

There wasn't a lot of improvisation in the film as it didn't suit this type of comedy well. Improvisation was instead mostly done during rehearsals. 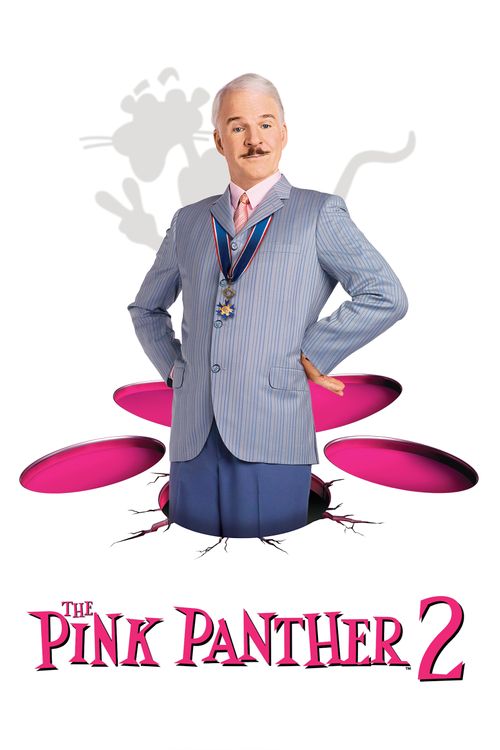 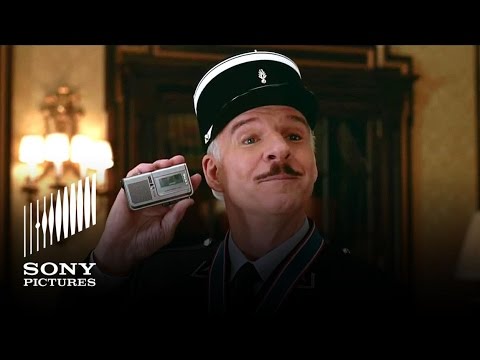 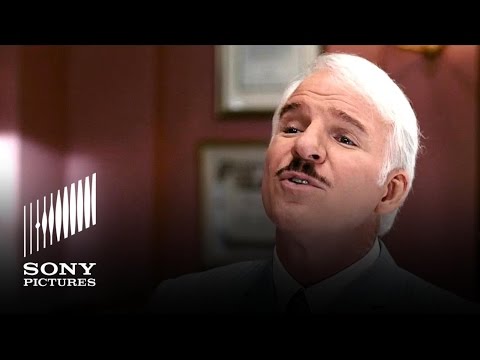 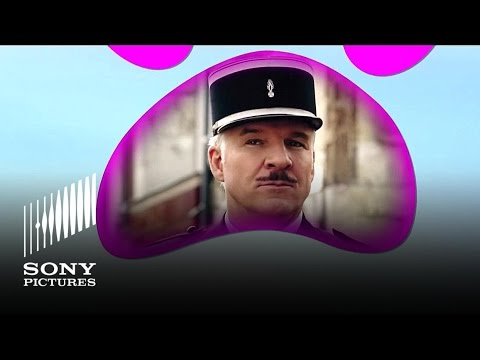 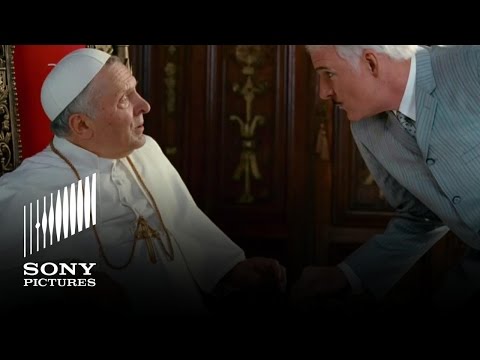 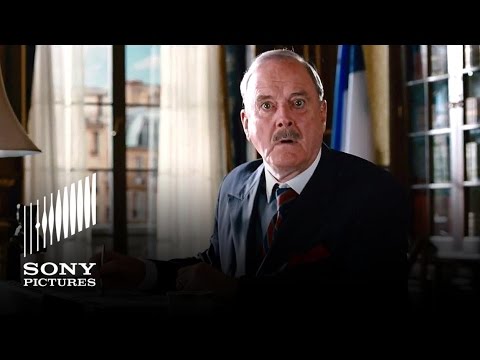