Cancel
The film illustrates the story of a rich and spoilt young man who believes in trying out and choosing the best of everything in his life. When he decides to adopt the same practice in choosing his wife and selects three potential candidates of totally different shades and social stratifications, who he simultaneously woos, problems emerge and he gets into trouble. How he manages to overcome all problems and who he finally chooses to marry forms the crux of the story.
See Storyline (May Contain Spoilers)

Karthik (Vishal Krishna) is a lazy, jobless, upper middle-class guy and the only son of his father who is a bank manager (T. S. B. K. Mouli), hanging around always with his friends, an auto driver Kumar (Santhanam), a tea-shop owner Shekar (Mayilsamy) and a traffic constable Vishnu (Sathyan). Over-ambitious in his life, he always wants the best of everything in his life, from pens and clothes to every other accessories, and has made it a rule to try out everything before zeroing in on one.

Now wanting to choose his best life partner, he applies the same method and decides to select three girls, whom he would romance at the same time and make to fall in love with him, then reject two of them and finally marry the third one. He comes across Jyothi (Tanushree Dutta), an athlete, living in the poorer area of Chennai, who has reservations against men and slaps a guy for touching her inappropriately and is Karthik's first choice.

Karthik later attends a marriage, where he meets Priya (Sarah-Jane Dias), a girl, who strongly believes in traditional and cultural values and has the policy of loving and marrying only one boy in her life, Karthik's second candidate. The third one Karthik selects is Tejaswini (Neetu Chandra), a rich and arrogant girl, heir to Rs. 1,500 crores, who once had a failed love attempt in her life. Karthik enters their lives, woos them with lies and finally wins their hearts. The girls don't know the fact that Karthik is romancing three girls simultaneously and entirely trust him.

One day, thanks to her caring and understanding father (Jayaprakash), who doesn't want his daughter to sustain one more love failure, Tejaswini gets to know about Karthik's plans and intentions and confronts him. Karthik dumps her and continues to romance Jyothi and Priya, while Tejaswini vows to take revenge on him. Without revealing her own and Karthik's true identity and intentions, she befriends the other two girls and gives advice to each, how to quicken the progress to get married soon, trying to put Karthik under pressure and blow his cover.

Soon Jyothi gets to know the truth, wherefore he also rejects Jyothi and settles down with Priya as his future wife, who was responsible for Karthik's change of mind as he has now learnt the value of true love and realizes his mistakes. However, as Jyothi's brother, Anbalazhagan (Prakash Raj), a rowdy confronts Karthik that he has betrayed Jyothi, Karthik himself reveals the truth about himself, his intentions and the other girls to Priya, who was with him.

With a heavy heart she leaves Karthik, who is being beaten up by Anbalazhagan and his gang. Karthik then causes a traffic accident, getting himself tangled and injured in the accident, and gets admitted in a hospital, where Dr.Ramya (Sneha) comes for his treatment. He pretends to have lost his memory due to the accident in order to arouse compassion in Priya, eventually indeed succeeding in his plan as Priya returns and reunites with him, believing that he has forgotten the past and would turn over a new life.

Based on 3 ratings
0 user 0 critic
Did you know? The film's producer, Vikram Krishna, is the elder brother of the lead actor Vishal Krishna. Read More
0 User Reviews
No reviews available. Click here to add a review.
Cast

Bollywood choreographer duo Bosco-Caesar made their Tamil cinema debut in this film.

Sneha and Mallika Kapoor make special appearances and Prakash Raj can also be seen in a guest appearance in this movie.

The film's producer, Vikram Krishna, is the elder brother of the lead actor Vishal Krishna. 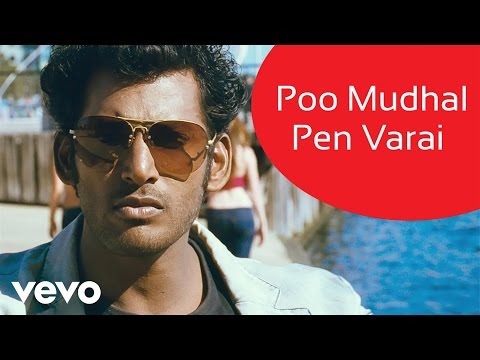 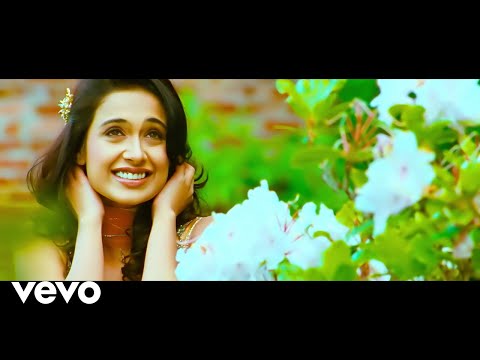 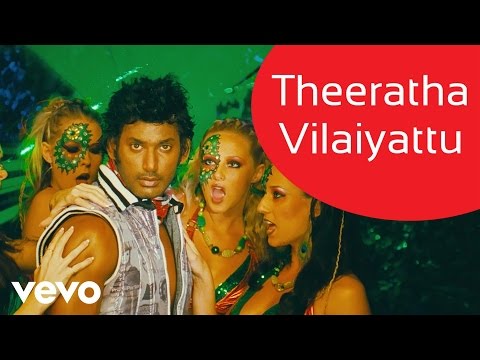 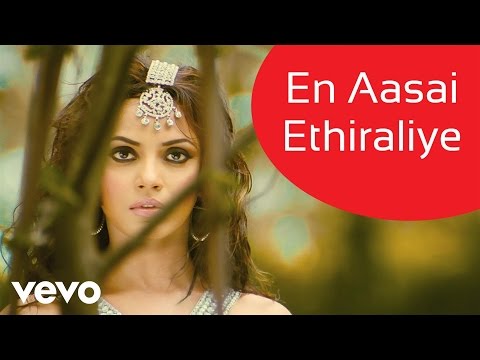