Cancel
The film is a dark thriller with a powerful socially relevant message and two plots, one set in the present and the other about five years back. It is about the outburst of a young man towards the legal system. A wannabe musician seeks wild justice by plotting the perfect murder of the man who wronged him. A missing auto-rickshaw driver and unidentifiable mutilated body parts found at different locations, leaves the Kerala Police dumbfounded.Parallel to the investigation the history of the murderer and the murdered are revealed.
See Storyline (May Contain Spoilers)

At the outset, a heinous crime has occurred. Then comes an investigation officer Alexander (Sreenivasan), and an assistant (Vinay Forrt). Alexander unlike the assistant, is an officer who doesn't believe in torturing the accused people to prove crimes. He is touted as one of the toughest cops in the service to get deceived. Though he is a man who even fears to witness a live postmortem, he is intelligent enough to prove crimes. He proves this one too without much problems.

Parallel to this, we are shown another crime. Harsha Vardhan (Dulquer Salmaan) is a man of mystery. He lives lonely in a big house, and teaches music to one kid. Apart from the role of a mucisian he has one more role to play in life – that of a sadist killer.

The film takes a "U" turn post interval, which zoomed in to story that took place four year back. There we can see Harsha as an aspiring young musician. The struggles that he has to face in the initial years of his career are shown here. Not only in his career, but also in his life too he was seen struggling to maintain his relationship with the lover. Then his wife is murdered and how he plans to set revenge on the one who murdered his wife.

Based on 2 ratings
1 user 3 critic

Based on 1 rating
1 user 3 critic
Did you know? Fahad Fazil was initially cast to play the lead but he had to drop the film due to date clash Read More
3 Critic Reviews

Prescribed only for those, who likes differently made movies and attempts
IndiaGlitz Source, IndiaGlitz
0

An extremely intense action thriller!
by Prashast on 20 Aug, 2016

I had just watched KAMMATTIPAADAM the previous day before watching THEEVRAM. I had heard a lot about this film and it looked interesting. I had also read somewhere that the Hindi action film BADLAPUR (2015) has an almost similar storyline to this film released in 2012. That steamed up my desire to watch it. And yes, I can say that THEEVRAM is a film which takes itself and it's title very seriously. So, seriously that it thrills till the end.

Dulquer Salmaan impresses one more time. This time he has a different role to play. His inner feelings come out as his facial expressions. He's stupendous. The duo of Sreenivasan and Vinay Forrt entertains with its intelligence and also, some cool humour that I couldn't stop laughing at. Anu Mohan as the villain is terrific and menacing. Vishnu Raghav plays his part well. So do Riya Saira and Shikha Nair, in their respective parts.

The music is good. Thankfully, the first half is not occupied by any romantic scenes or songs. The story and screenplay are both praiseworthy. Several concepts presented by Roopesh Peethambaran can make you think he's a super genius. The action scenes are terrific, although they are not too much in this film. The film has been shot with a terrific visual technique which makes this film stand out. I can't tell that thing, watch it yourself and you will easily realize.

The film has some mild flaws. The first half runs at a great pace with no hindrance to the story and reaches an ultimate interval blockade. But it's in the second half that the film begins to slow down as the flashback episodes start rolling in. The episodes could have been shorter though. Even if around 25 minutes of these episodes had bee trimmed out, one would have found out what's the flashback all about. But since these scenes are light hearted and cleanly entertaining, there's nothing much to bother.

Although the film has bloodless action and has scenes which are either investigative, dark or light hearted, yet the film has some extreme scenes of graphic violence, which make you think how come the censor board passed it with a U certificate without deleting these scenes? But that's not a big issue at all.

Overall, THEEVRAM is an interesting piece of an artwork by Roopesh Peethambaran. It's Dulquer and the terrific script that together make this film exciting. It's one of the finest action thrillers I have ever seen.

Shikha is a Chennai based model, who is being prepared for a Tamil debut, starts her career in acting through this film.

This will be second movie that both Anu Mohan and Vishnu Raghav are seen in after their debut film 'Orkut Oru Ormakoot'.

Debutant actress Shikha Nair was chosen as the female lead, as the director felt it would be a great opportunity for the film to showcase a new actress.

The movie was heavily criticised for its strong advocation of capital punishment, a jab at rarest-of-rare-case arguments, and a tirade against rights activists.

The film is loosely based on two sensational murders that happened in Bangalore - the 2003 B. V. Girish murder case which the film begins off with and 2005 BPO employee Pratibha rape and murder case. 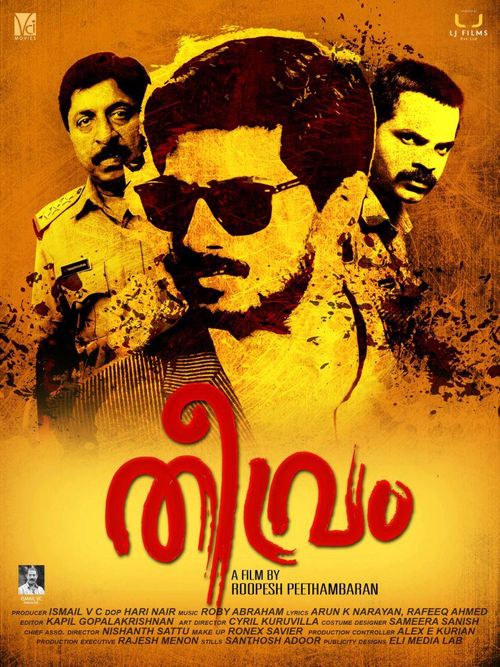 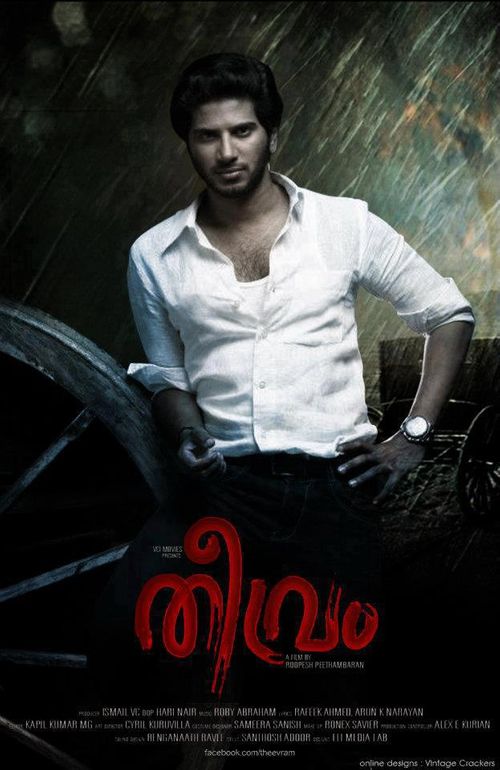 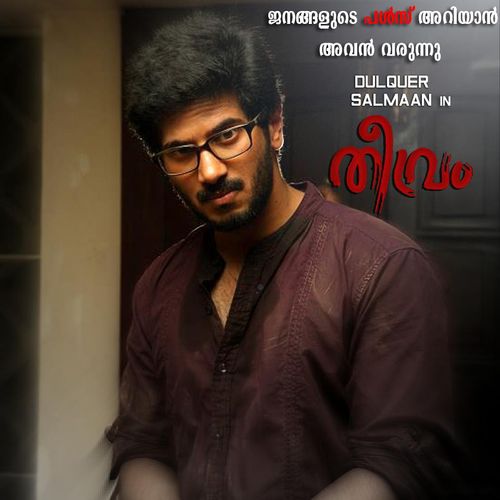 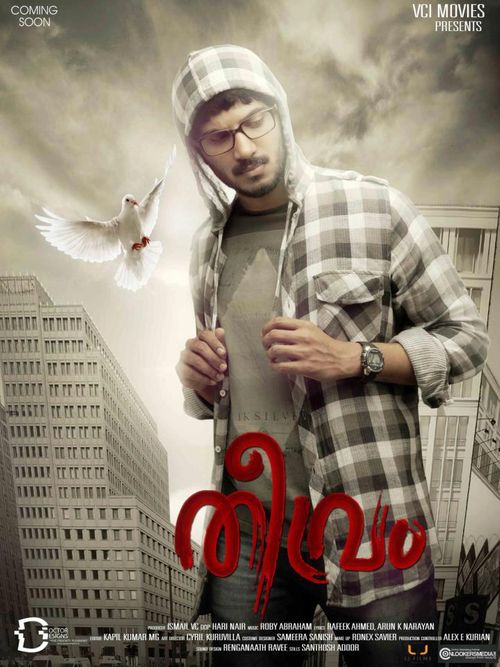 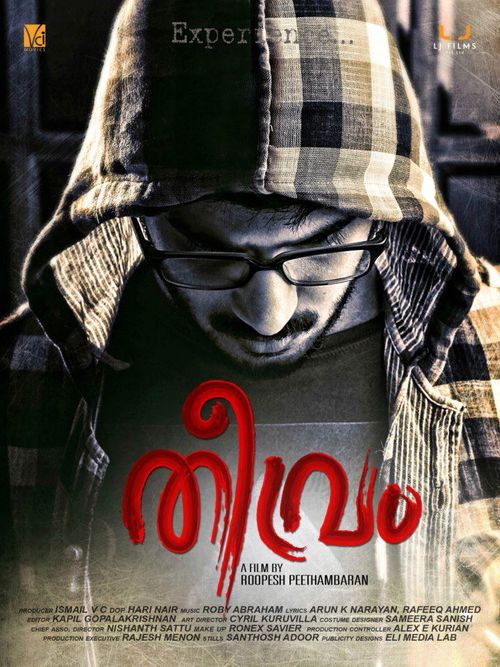 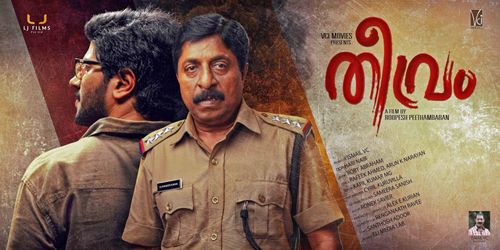 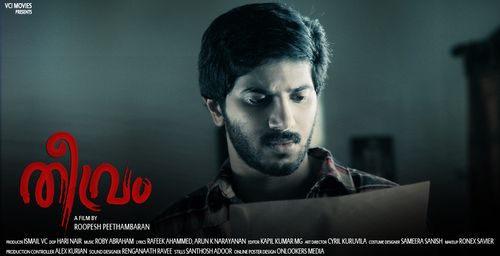 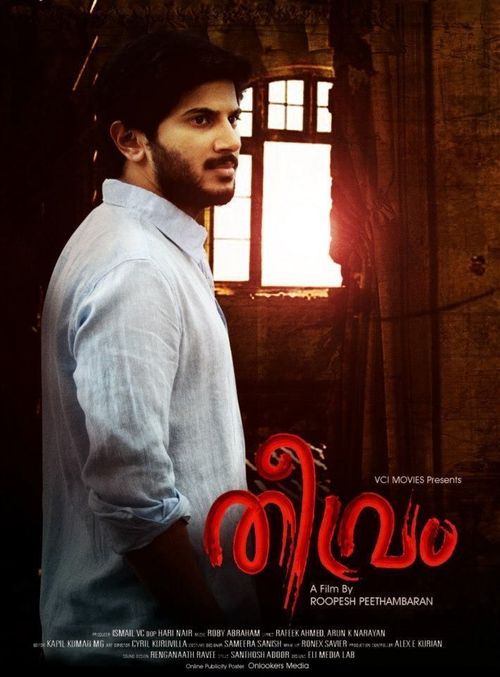 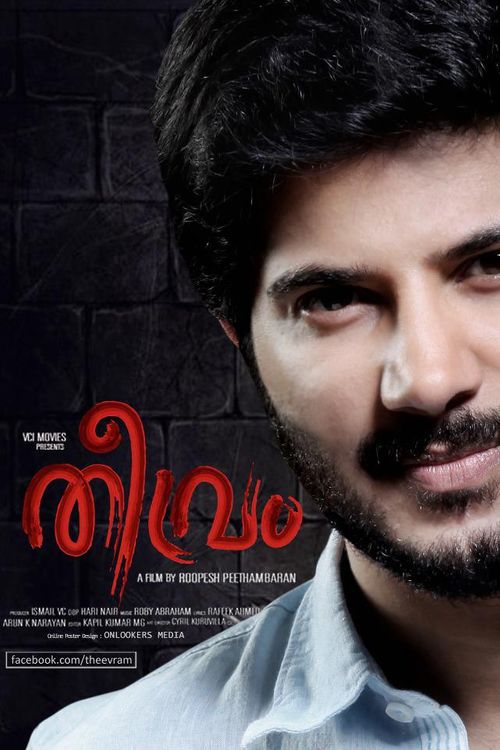 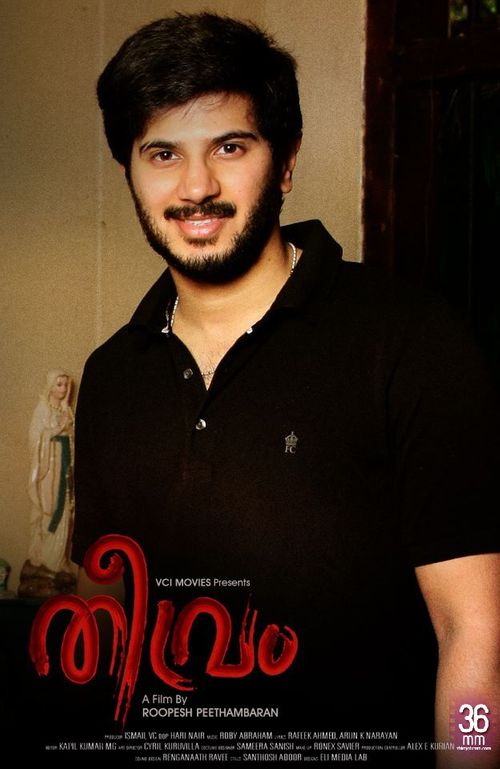 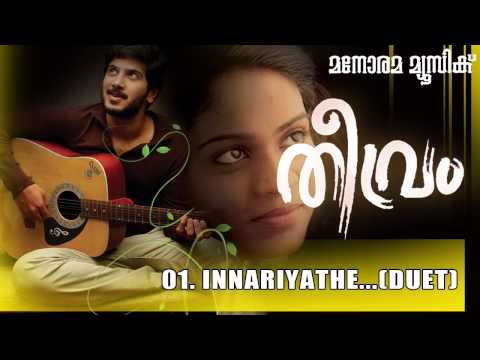 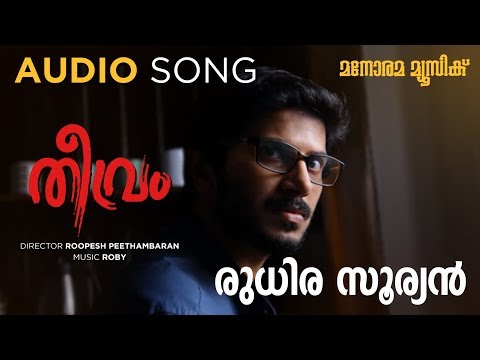 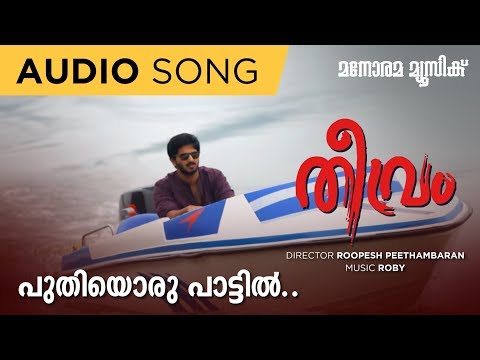 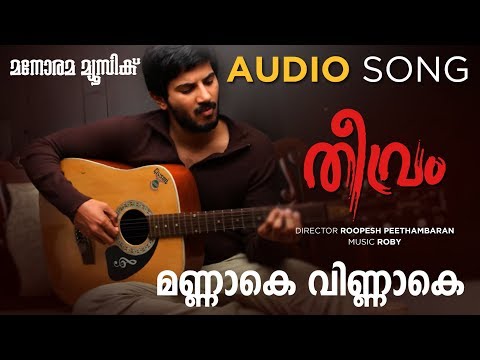 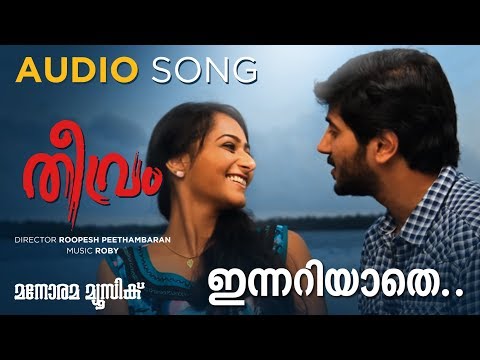 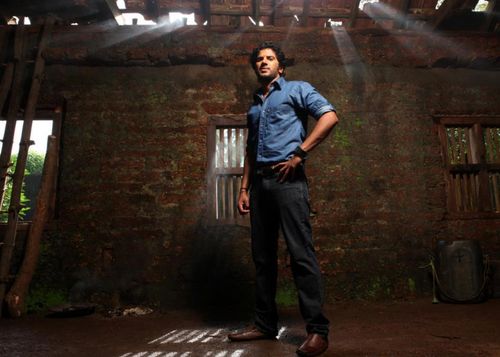