Cancel
Set against the backdrop of the feudal Madurai district, controlled by big landlords who employ their own gangs and often indulge in expensive feuds with their neighbours. The star explained that this environment was part of his childhood experience. He plays Shaktivelu, the modern son of Peria-thevar (Ganesan), who returns to his ancestral home to introduce his girlfriend (Gauthami) to his family. Unwittingly, he is forced to become involved in the bloody feuds between different members of the clan led by Mayathevar (Nasser), and when his father dies he assumes the godfather’s mantle. The rival family is eventually annihilated in a gory ending. However, how will Shakti's love and personal life pan out?
See Storyline (May Contain Spoilers)

Saktivelu (Kamal Haasan) returns home to his father, Periya Thevar’s (Sivaji Ganesan) village in Tamil Nadu, after completing his education in London. Much to his father’s annoyance, he brings his westernized girlfriend (Gautami) with him to meet his family. Periya Thevar is deeply offended since it is tradition that the family elders choose the youngster's spouses. To make things worse, Saktivelu reveals his plans on opening a chain of restaurants in Chennai which saddens Periya Thevar as he wanted his son to help the villagers improve their lifestyle with his level of education.

Periya Thevar is a well respected village chief. His younger half-brother (Kaka Radhakrishnan) and nephew Mayan Thevar (Nassar) hold a huge grudge against him over a falling out. The entire village suffers from a spillover of this longstanding family feud as most of the village and its surrounding areas that fall within its jurisdiction is divided between the brothers. Since Maya Thevar always tries to one up Periya Thevar, it puts them at loggerheads with each other.

Saktivelu spends time in the village with his girlfriend by re-visiting his childhood memories. They come across an old temple which has been closed off on Maya Thevar’s instructions. He insists on entering and his friend and servant Esaki (Vadivelu) breaks open the lock for them to look around. Maya Thevar hears of this and a brutal riot is started among the two village factions. Periya Thevar, in order to quell the situation, contemplates on apologizing to his opponents. Sakthivelu feels it should be him or Esaki who should apologize. When Saktivelu asks for Esaki, he learns that Maya Thevar has amputated Esaki’s hand for opening the temple. In order to prevent further escalation of the situation Saktivelu, with permission from his father, enlists the help of his friends in the government and opens the temple for all legally. Slighted by this, Maya Thevar hires goons to break a dam protecting a part of the village faction that supports Periya Thevar. Although one of the villagers spots one of the goons near the dam, he does not think much of it.

The dam is damaged by explosives used by the goons which results in flooding of half the village. This results in numerous deaths including infants which deeply saddens Saktivelu. He spots the goon who placed the explosives again in the village and gives chase. After capturing, he hands the goon over to the police but the goon does not speak of Maya Thevar's involvement due to fear for his own family's safety.

Later Maya Thevar closes a portion of his land, preventing the public from reaching the main road easily. Sakthivelu and his father invite them for talks at village Panchayat to resolve the standoff due the riots and flooding. In the village panchayat, accusations fly from both sides. With no evidence backing up the truth, Maya Thevar accuses Periya Thevar for orchestrating various attacks on his brother's family. Disrespected and broken, Periya Thevar returns to his home and passes away shortly. Saktivelu takes over his father’s duties as the head of the village.

As time passes, this incident dies down. The villagers express concern to Saktivelu about going around the piece of land belonging to Maya Thevar’s side of the village everyday to work in their farm which causes a much longer travelling time. Saktivelu reasons with the owner of the land to open it up for all villagers to pass so that their long commute is shortened. Although understanding and willing, the land owner is afraid of Maya Thevar’s backlash especially since he has a daughter (Revathi). Saktivelu assuages his fear by arranging marriage between a well-to-do person from his village to the land owner's daughter. Everybody involved happily agrees and the land owner opens up the land for everyone.

On the day of the wedding, the groom runs away, fearing Maya Thevar. The landowner and his daughter are distraught over this claiming that it is a huge disrespect to his family. He opines that even if someone marries his daughter, they have to live in constant fear. Saktivelu then gets permission from the landowner and weds his daughter. Although Saktivelu still has feelings for his girlfriend and his new bride is very shy, they overcome their awkwardness and move on. Soon, his girlfriend returns and learns the truth. Although saddened by the turn of events, she understands the situation and leaves. Saktivelu, too, closes the chapter about his girlfriend and starts his new life with his wife.

Maya Thevar, agitated by the opening of the land, plants a bomb during the village festival. This results in deaths on both sides of the village. Both factions of the village, wanting revenge, go after Maya Thevar and his family. Saktivelu protects the innocent family and helps them get away from the villagers. Appreciative of Saktivelu's efforts to protect them, they give away Maya Thevar's hiding location.

This movie was remade in Hindi as 'Virasat' (1997) by Priyadarshan and in Kannada as 'Thandege Thakka Maga' (2006) by S Mahendar. 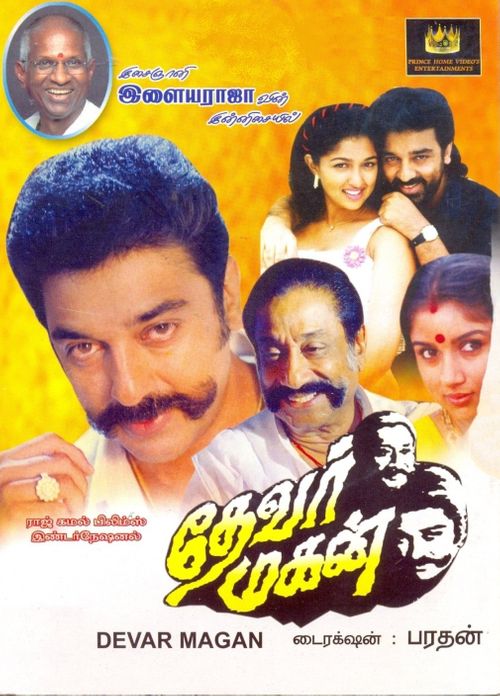