Cancel
An emotionally-charged and sensitive romantic drama that revolves around a carefree young man's trials and triumphs in life, and his attempts to find and hold onto his love.
See Storyline (May Contain Spoilers)

This family-oriented coming-of-age drama revolves around Balu (Pawan Kalyan), who is the youngest member of his family. He leads an aimless existence and has an argumentative, opinionated personality. His father always scolds him, but his uncles and mother dote on him and so do his brothers.

He has a bunch of friends (played by Ali, Venu Madhav and others) and hangs around with them. On one occasion, Balu's father is angry with him; Balu leaves the house to be left alone for a while (on the eve of Diwali). He chances to see Anu (Keerthi Reddy) on the road with some kids and he falls for her. She has just returned from the USA, to spend time with her grandfather (P.J. Sharma).

Anu is impressed with Balu when he saves a kid's life on the motorway; she tries to get his autograph but fails. Balu leaves for Ooty for his studies and accidentally meets Anu on the way when his taxi breaks down. Anu gives Balu a lift and leaves her driver to help the taxi driver.

While on the way, Anu's car slips into a valley due to a rash lorry driver. Balu makes an effort to save Anu and rescues her to safer ground. Trying to save Anu, Balu slips off into a valley. Anu is depressed that Balu sacrificed himself to save her, searches for him and loses hope. Balu is saved by a truck driver and admitted to a hospital.

On his return, Anu meets Balu at his house to express her gratitude. Balu thinks of proposing his love but is warned by his sister (Munny). Balu develops a friendship with Anu but never dares to express his love. Vasuki gets married and leaves.

At the same time, Anu gets admission into Harvard University (USA) and is about to leave. They remain silent until they reach the airport. Just before Anu leaves, she realizes that she would miss him and they agree to meet after realizing their goals. Will destiny reunite the young lovers, and if so, under what circumstances when they meet again?

Based on 3 ratings
0 user 0 critic
Did you know? This blockbuster hit was was dubbed in the Tamil language under the title 'Aanandha Mazhai'. Read More
0 User Reviews
No reviews available. Click here to add a review.
Cast

The debut director of this movie Karunakaran, is a painter in real life. Keerthi Reddy’s picture on the post cards was drawn by him.

It is notable that there is no female voice in any of the songs in the movie.

In his directorial debut Karunakaran achieved such a massive success with this movie, that it won six Nandi Awards and The National Award for Best Feature Film (Telugu).

This blockbuster hit was was dubbed in the Tamil language under the title 'Aanandha Mazhai'.

The film was later remade in Hindi as 'Mujhe Kucch Kehna Hai' starring Tusshar Kapoor and Kareena Kapoor, and in Kannada as 'Preethsu Thappenila' with Ravichandran playing the lead role.

The movie continuously ran for as many as 365 days in the Sandhya theater in Hyderabad. 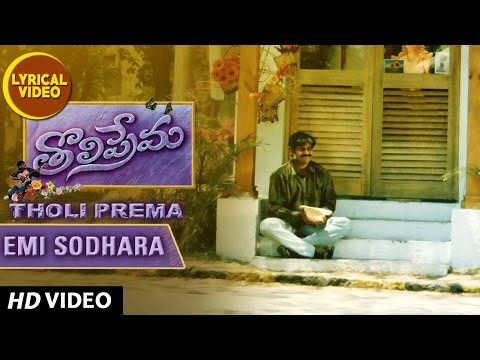