Cancel
The beloved Hans Christian Andersen fairytale comes to life in this magical animated musical featuring the voices of Carol Channing, John Hurt, Charo, Gilbert Gottfried and more! When Thumbelina meets the prince of the fairies, it’s love at first sight. But after the tiny would-be princess is kidnapped, she goes on a harrowing adventure that helps her learn about friendship, hope, fame and love!
See Storyline (May Contain Spoilers)

A lonely widow longing for a child of her own is given a barley seed by a friendly witch. The planted seed grows into a flower, and a tiny girl emerges from inside, no bigger than the old woman's thumb. The old woman names the tiny girl Thumbelina and raises her as her own. Although Thumbelina loves her mother, she craves companionship from someone her own size. One night, the fairy prince Cornelius stumbles upon Thumbelina after hearing her singing. The two take a ride on Cornelius' bumblebee and fall in love. During this ride, Mrs. Toad and her son Grundel are enchanted by Thumbelina's singing. That night, Mrs. Toad kidnaps Thumbelina, desiring her to join their show troupe and marry Grundel. Thumbelina is rescued by Jacquimo, a swallow. Meanwhile, Cornelius learns of her kidnapping and returns to his kingdom, the Vale of the Fairies, to ask his parents to try holding back the winter as long as they can.

Grundel learns Thumbelina escaped, and ventures out to find her. While trying to get home, Thumbelina is ambushed by Berkeley Beetle, who promises to show her the way home if she sings at his Beetle Ball. She reluctantly complies, but her bug disguise falls off during the concert and she is denounced as ugly. Beetle rejects her without helping her. She is next found by Jacquimo, who promises to find Cornelius. Beetle is confronted by Grundel and suggests that Grundel kidnap Cornelius and use him as bait to lure Thumbelina. Grundel coerces Beetle into partnership by removing his wings.

Upon the arrival of winter, Cornelius falls into a pond by Beetle's trap and is frozen, while Jacquimo injures his wing and loses consciousness from the extreme cold. Thumbelina is forced to take refuge in an old shoe, where she is discovered by Miss Fieldmouse and granted shelter in her underground lair. After relaying Cornelius' fate to her, Miss Fieldmouse introduces her to her neighbor Mr. Mole, who becomes infatuated with her and desires to marry her. Devastated by the apparent loss of Cornelius, Thumbelina gives in to hopelessness and accepts Mr. Mole's proposal. Jacquimo revives and, before Thumbelina can get a chance to explain him what happened to Cornelius, resolves to find him before the wedding.

Beetle and Grundel find Cornelius' frozen body and learn of Thumbelina's wedding. When they leave Cornelius behind, a trio of friendly insects find and thaw Cornelius. At the wedding, Thumbelina finds herself unable to marry Mr. Mole after remembering Cornelius' promise to always love her. Grundel and Beetle arrive, and a chase ensues. Cornelius also arrives and engages Grundel in a fight. Jacquimo finds the Vale of the Fairies and takes Thumbelina there. She and Cornelius reunite, and she magically grows her own pair of wings upon accepting his proposal. With her mother and the fairy court in attendance, the two marry and depart on Cornelius' bumblebee.

Mid-credits images reveal that Beetle's wings regrew and he resumed his pop career; Grundel survived the fight with a broken leg and married a female toad; and Mr. Mole married Miss Fieldmouse. 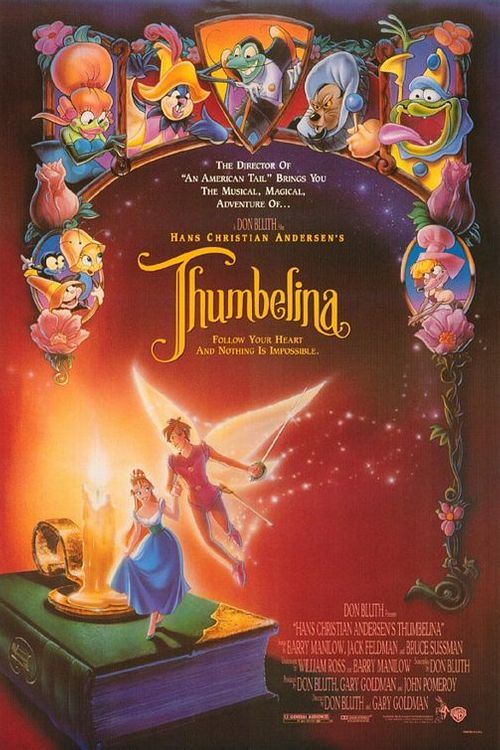