Cancel
This patriotic suspense thriller delves into the adventures of Jagadish (Vijay), an army captain, who is back in Mumbai for a holiday to be with his parents and two sisters. They want him to get married and choose a bride Nisha (Kajal Aggarwal) for him. While Jagadish initially rejects the girl, sparking off heated confrontations between them, the couple eventually fall in love. Meanwhile Jagadish who is an intelligence officer in the military, cracks open a deadly terrorist plot, and embarks on a mission to crack down on terrorist sleeper cells in Mumbai. How Jagadish, operating as a civilian, uses his brain and brawn in the correct measure, to track down the terrorist in his own unique way forms the rest this fiery and fast paced thriller.
See Storyline (May Contain Spoilers)

This patriotic suspense thriller follows the adventures and heroics of Jagadish (Vijay), a captain in the Indian Army, as he returns home to Mumbai on holiday from his posting in Kashmir. On his arrival, his parents and younger sisters force him to see Nisha (Kajal Aggarwal), who they choose for him to be married to.

At the bride-viewing ceremony, Jagadish makes up excuses to avoid marrying her, which includes commenting about her being old-fashioned. On the contrary, Nisha is a college-level boxer, who is completely modern in her outlook. Jagadish realises this and proposes to her, which she reciprocates.

One day, while travelling around the city with his police officer-friend Balaji (Sathyan), Jagadish witnesses the explosion of a bus in which they had travelled. He manages to capture the man (Gautham Kurup) who laid the bomb, but he escapes from the hospital where he was kept under custody. Jagadish kidnaps the bomber again, and also forces the police officer who helped the bomber's escape, to commit suicide.

Jagadish soon learns that the bomber is a mere executor, a sleeper cell, whose only role was to plant the bomb. He also discovers that the Islamic terrorist group Harkat-ul-Jihad al-Islami, which the bomber belongs to, has planned various such attacks in the city in a couple of days. Enlisting the help of his fellow Army men and Balaji, Jagadish manages to thwart these attacks and kill the sleeper cell leader's brother and eleven other terrorists, including the first sleeper cell.

When the leader of the terrorist group (Vidyut Jamwal) learns about the role of Jagdish in the failure of the terrorist attack, he begins to target the families of the army men, except Jagadish, by kidnapping someone close to them. When Jagadish realises the plan, he substitutes one of the people to be kidnapped, with his younger sister Sanjana (Deepthi Nambiar). Using his pet dog and his sister's dupatta, he manages to reach the terrorists' hideout, rescuing his sister, who was about to be killed after Jagadish's bluff was exposed, and the other victims and eliminating the terrorists assembled there.

Asif Ali (MD Asif), the second-in-command of the sleeper cells is captured and killed by Jagdish.
When this attack fails, the terrorist leader decides to target Jagadish himself. He asks Jagadish to surrender to him or else there would be more terrorist attacks. Jagadish decides to sacrifice his life and devises a plan with his fellow army men. Jagadish meets the leader in a ship, which has been rigged with a bomb planted by Jagadish's friend.

When he learns about the leader's plan however, which is to expose Jagadish's army team as terrorists and knowing about a Muslim terrorist in the Indian defence — Kameeruddin (Zakir Hussain), he fights the leader and escapes with him in a boat. After the ship explodes, he kills the leader. Jagadish confronts Kameeruddin and forces him to commit suicide, and later returns to Kashmir with his team.

Based on 15 ratings
2 user 0 critic
Did you know? This movie was phenomenally successful becoming the highest grossing Tamil movie for the year 2012. It also won many awards and accolades. Read More
2 User Reviews

Murugadoss remade the film in Hindi as Holiday: A Soldier Is Never Off Duty (2014), while Baba Yadav remade it in Bengali as Game (2014).

The cinematography was believed thatwas handled by Santhosh, who introduced the Arri Alexa camera to Indian cinema with this movie.

Thuppakki ran into trouble when a promotional poster featured the lead actor Vijay holding a cigar in his mouth. Later, director A.R. Murugadoss solved the issue by promising that he will not include any smoking scenes in the film.

The climax of this film was shot with 7 cameras and 60 fighters were involved in the stunt sequence.

During the filming portion, Lead Actor of the movie Vijay himself filmed a scene with the assistance of Cinematographer Santosh Sivan.

The film's prime antagonist (Vidyut Jamwal) is not given a name in the film .

Vijay's father S. A. Chandrasekhar was to produce the film initially, before Kalaipuli S. Thanu took over the project. 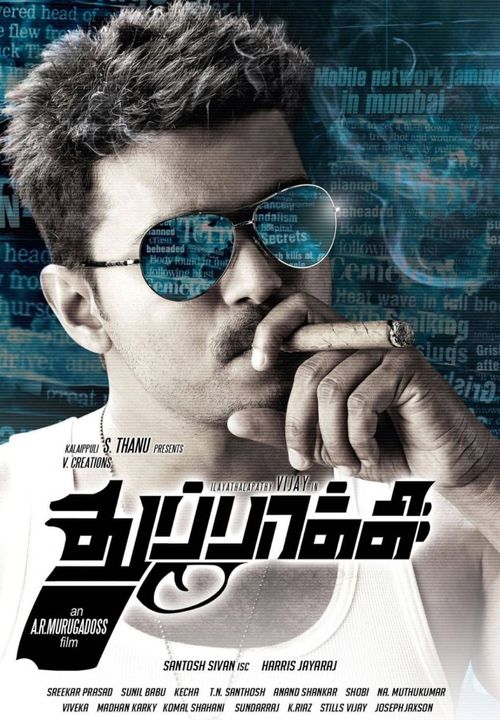 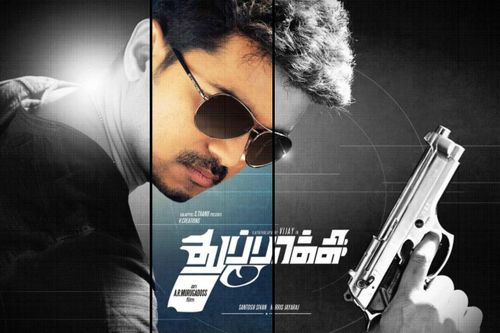 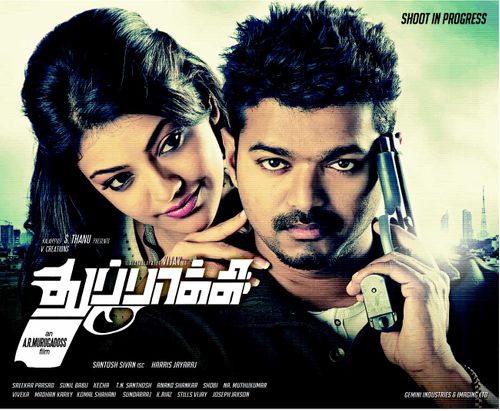 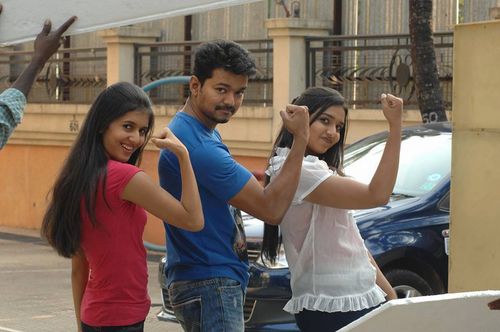 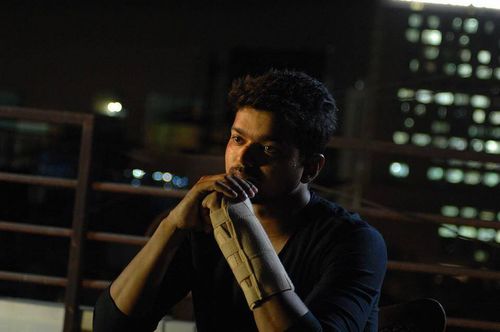 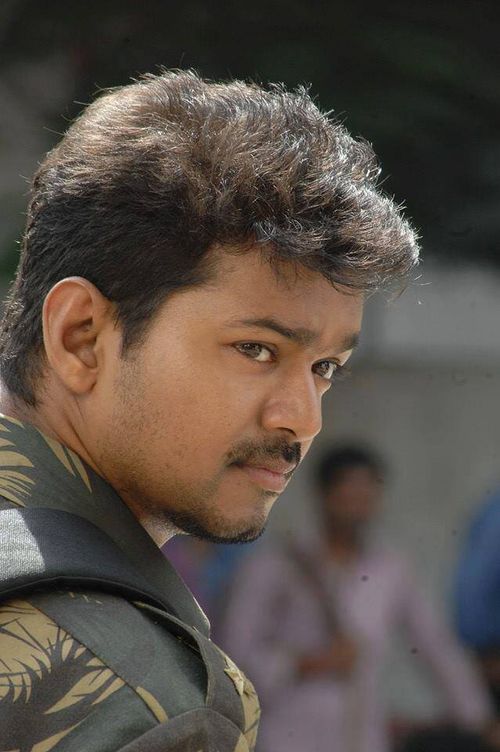 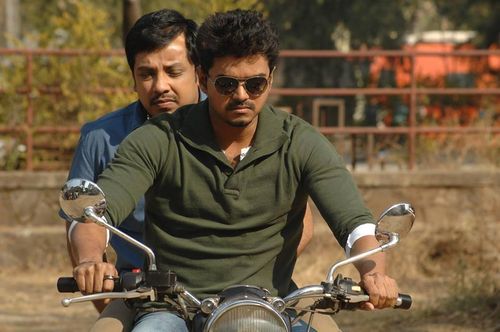 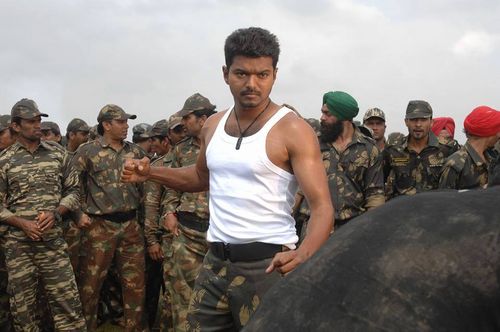 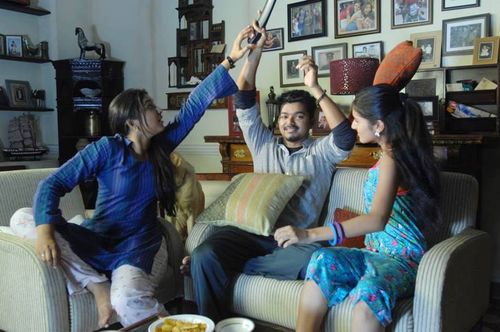 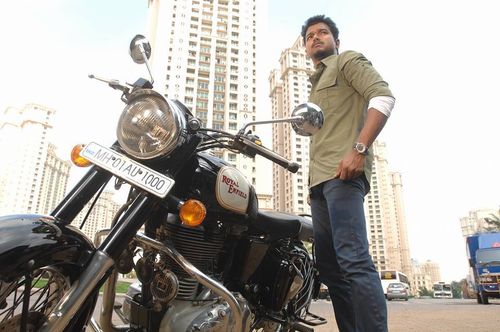 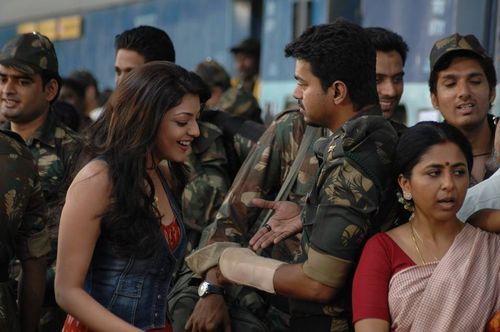 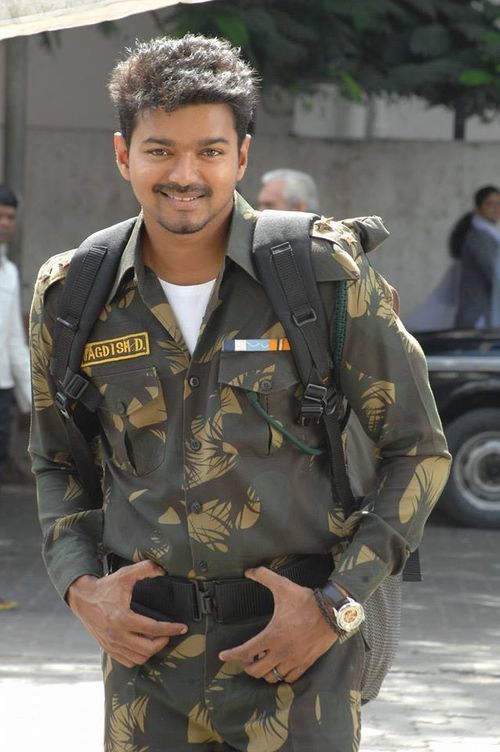 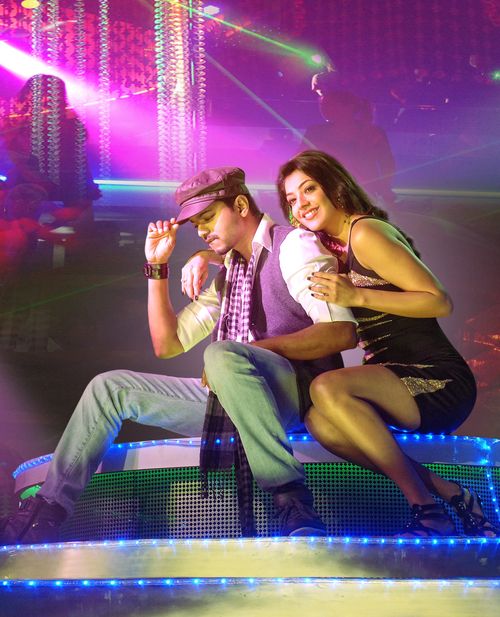