Cancel
An anti-corruption drive led by Disha, a Gandhian social organization leads to the resignation of Krishnan Nambiar (Biju Pappan), a state minister. Susan Mary Thomas (Padmapriya Janakiraman), an upcoming English novelist is the main brain behind Disha, who also is involved in several woman empowerment programs. Just after his resignation, Krishnan Nambiar is found brutally murdered at a private tennis court. The chief Minister (Kollam Thulasi) assigns Appan Menon (Suresh Gopi), the investigation charge. Considered many to be a semi-eccentric for his way of behavior, Appan Menon is relieved from State Civil Supplies Corporation, where he was working as director. Appan Menon regularly calls up Vaiga (Vimala Raman), his wife at his residence in Madurai and gives a complete account of his day-to-day activities. Alexander Mekkadan (Siddique), who had begun the investigation of Krishan Nambiar's murder couldn't cope with the style of Appan Menon. Susan Mary Thomas is called up by Appan for preliminary questioning, but finds nothing suspicious. Up on calling Vaiga, in evening, she instructs Appan to be a bit more soft towards Susan and asks him to go and meet her to apologize. Appan reaches Susan's home, and is quite impressed by her activities, but disagrees with her non-violent movements. In mean time, Sulaiman Rauthar, a political leader is found dead. Apppan doubts both murders to be linked. Police team arrests Durga Dasan (Manoj K. Jayan), a former naxalite who claims himself to be a messenger of Goddess Durga. But up on questioning, it is revealed that he has got no links with murders. Susan, one day makes a visit to Appan's house and is shocked to find out that Vaiga is dead long back. She, with the help of Sahadevan (Chali Pala), Appan's personal assistant, gets his personal diary, through which tries to know more about him. Appan, son of a police superintendent in Tamil Nadu police, had a pale and colorless child hood. His father Vishwanatha Menon (Suresh Gopi), who was a strict follower of British army discipline tries to impose it on his son as well. Appan joins police after his education with gold medal. But just after the death of his father, he married Vaiga, whom he silently loved since his teenage days. Appan is appointed as the superintendent at Madhukarai. A ryot spreads through the village and 16 innocent villagers are brutally massacred. Appan finds out that Balasingam is brain behind the violence. His ambition to set up a Special Economic Zone was opposed by the villagers, who were feared of getting their land acquired. In retaliation, Balasingam wiped out the villagers to ease up the acquisition. Appan Menon arrests Balasingam and his accomplices. One evening, Kartha, Sulaiman Rauthar and Krishnan Nambiar and Kurian Vargeese (Mohan Jose) arrive at his home and demands a negotiation. Appan snubs them by refusing to accept any sort of negotiation. In a few minutes a group of thugs enter his residence and goes on rampage vaiga who was in bathroom is attacked by two thugs and murders her. Appan develops a psycho disturbance, in which he feels the presence of Vaiga with him. After reading his diary, Susan approaches Dr. Sreenivasan Iyengar (Lal),a psychiatrist for further details. Dr. Iyengar explains about Appan's visit to him just after the incident. He revealed to Dr. Iyengar that to get justice for Vaiga, he had killed Balasingam and is planning to killed the rest of the goons. Susan is shocked to find out that Appan himself is behind the murders of Krishnan Nambiar, Sulaiman and Kartha. Susan reaches out Alexander Mekkadan and passes out the information. Mekkadan launches a hunt for Appan, but he successfully flees from the nets. Appan reaches out at Kurian at his guest house. Kurian explains that Koshi Abraham Koshi (Saikumar), a high profile NRI businessman is the master brain behind everything. Appan kills Kurian and reaches out Koshi Abraham Koshi. He kills Koshi in the presence of the children of the 16 villagers of Madhukarai, whom Koshi had killed. The film ends by showing Appan witnessing a violent protest led by Susan Mary Thomas.

Based on 0 rating
0 user 0 critic
Did you know? This was the last film of actor James, who died within a few days after its release. Read More
0 User Reviews
No reviews available. Click here to add a review.
Cast

This was the last film of actor James, who died within a few days after its release.

This film marked the debut of Vimala Raman in Malayalam cinema. 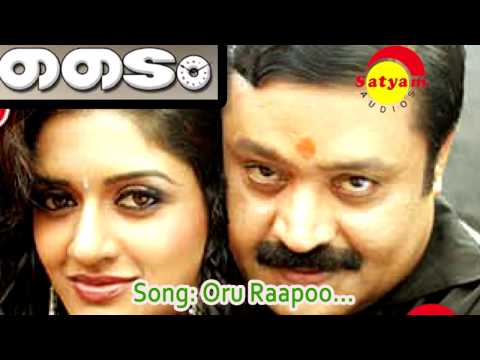