Cancel
Maverick is a hot pilot. When he encounters a pair of MiGs over the Persian Gulf, his wingman is clearly outflown and freaks. On almost no fuel, Maverick is able to talk him back down to the Carrier. When his wingman turns in his wings, Maverick is moved up in the standings and sent to the Top Gun Naval Flying School. There he fights the attitudes of the other pilots and an old story of his father's death in combat that killed others due to his father's error. Maverick struggles to be the best pilot, stepping on the toes of his other students and in a different way to Charlie, a civilian instructor to whom he is strongly attracted.
See Storyline (May Contain Spoilers)

United States Naval Aviator Lieutenant Pete "Maverick" Mitchell (Tom Cruise) flies an F-14A Tomcat off USS Enterprise (CVN-65), with Nick "Goose" Bradshaw (Anthony Edwards) as his Radar Intercept Officer (RIO). Maverick and his wingman "Cougar" (John Stockwell) intercept (fictional) MiG-28s over the Indian Ocean. During the standoff, one of the MiGs manages to get a missile lock on Cougar. Maverick realizes that the MiG is only trying to intimidate Cougar and drives it off, but Cougar is too shaken afterward to land. Maverick defies orders and shepherds Cougar back to the carrier as both planes run critically low on fuel. After they land, Cougar takes himself off flight status. Although disapproving of Maverick's reckless flying and repeated violations of rules, the Enterprise's CAG "Stinger" (James Tolkan) sends Maverick and Goose—now his top crew—to attend the Navy's Fighter Weapons School, known as "Top Gun", at NAS Miramar.

Maverick's recklessness is partly due to his father, Duke Mitchell, who served with the VF-51 squadron aboard the USS Oriskany (CV-34) during the Vietnam War, and was killed in action when his Phantom was shot down. The official story, which Maverick refuses to believe, is that Duke made a mistake. Goose is much more cautious and devoted to his wife, Carole (Meg Ryan), and child. The two officers are nonetheless close friends and effective partners, with Maverick considering Goose his only family. At a bar the day before the Top Gun program starts, Maverick, assisted by Goose, unsuccessfully approaches a woman named Charlotte "Charlie" Blackwood (Kelly McGillis), who he later learns is a civilian contractor with a Ph.D. in astrophysics serving as a Top Gun instructor.

Maverick's reckless flying both annoys and impresses Lieutenant Commander Rick "Jester" Heatherly (Michael Ironside) and other instructors. He defeats Jester in exercises, but violates two rules of engagement in the process and is strongly reprimanded by the chief instructor, Commander Mike "Viper" Metcalf (Tom Skerritt). Maverick continues to pursue Charlie and becomes a rival to top student Lieutenant Tom "Iceman" Kazanski (Val Kilmer), who considers Maverick's methods dangerous and unsafe. Although outwardly critical of Maverick's tactics, Charlie eventually admits that she admires his flying but was critical because she was afraid for her credibility. They begin a romantic relationship.

During one flight, Maverick goes one-on-one with Viper. Although Maverick matches the older pilot move for move, Viper lasts long enough for Jester to maneuver around and "shoot" Maverick down, demonstrating the value of teamwork over individual ability.

Near the end of the program, Maverick and Iceman both chase Jester. Under intense pressure from Maverick, Iceman breaks off. Maverick's F-14 flies through the jet wash of Iceman's aircraft and suffers a flameout of both engines, entering a flat spin from which he cannot recover, forcing both Maverick and Goose to eject. Goose ejects directly into the jettisoned aircraft canopy, which breaks his neck, killing him.

Although the board of inquiry clears Maverick of responsibility, he feels guilty for Goose's death, losing his aggressiveness when flying. Charlie and others attempt to console him, but Maverick considers leaving the Navy. Unsure of his future, he seeks Viper's advice. Viper reveals that he served with Maverick's father and discloses classified details over his last mission, explaining how Duke stayed in the fight after his Phantom was hit and saved three planes before he died. Information about the dogfight was classified to avoid revealing that the American planes were not where they should have been.

During the graduation party, Iceman, Hollywood, and Maverick are ordered to immediately report to the Enterprise to deal with a "crisis situation", providing air support for the rescue of a stricken communications ship that has drifted into hostile waters. Maverick and Merlin are assigned to one of two F-14s as back-up for those flown by Iceman and Hollywood, despite Iceman's reservations over Maverick's state of mind. Maverick is sortied alone due to catapult failure and nearly retreats after encountering circumstances similar to those that caused Goose's death. Upon rejoining Iceman, they shoot down four MiGs and force the others to flee, and return to the Enterprise, where the two men, with newfound respect for each other, finally become friends. Offered any assignment he chooses, Maverick decides to return to Top Gun as an instructor. Later, he tosses Goose's dogtags into the ocean, finally freeing himself of guilt over Goose's death.

Sitting alone in a restaurant in downtown San Diego, Maverick hears "You've Lost That Lovin' Feelin'" playing on the jukebox and recalls meeting Charlie. She reveals that she is in the bar and the two reunite.

Tagline: From the Producers of Beverly Hills Cop and Flashdance

Audio/Video Mismatch
When the command deck officer informs Stinger that the catapults are broken and that they can't launch aircraft, the officer's lip movements don't match what he says.

Audio/Video Mismatch
When Goose is playing "Great Balls of Fire" in the bar, the movement of his hands does not match the music.

Character Error
When Maverick and Charlie are having dinner, Otis Redding's "(Sittin' On) The Dock of the Bay" comes on and Maverick remembers his "folks loved it", then states his father "disappeared in an F-4 November 5th, 1965," yet this song was not written until November 1967.

Character Error
In the briefing before the first hop, Jester (whose character's last name is Heatherly) is seen wearing one of Maverick's "Pete Mitchell" nametags.

Continuity
On hop 31, the planes clearly take off early in the morning, but once they're off the ground, it's high noon.

Continuity
During the climactic dogfight scene, Stinger is told "Both catapults are broken, we can't launch any aircraft yet, sir." However, the U.S.S. Enterprise, and all subsequently built Nimitz-class carriers have FOUR catapults, so even if two were broken, aircraft could still have been launched.

Continuity
When Maverick is cruising on his motorcycle right after arriving at Miramar, it is high noon. In the very next shot, the sun is setting.

Crew/Equipment Visible
At many points during the briefing prior to the first hop, you can clearly see men reflected forward in the actor's glasses, presumably crew members. They can't be characters since Charlie is the only character standing in front of the men briefing them at this time.

Crew/Equipment Visible
When Maverick is driving his motorcycle along the runway with the planes taking off, you can see the bed of the truck he's atop at the bottom of the screen.

Errors in Geography
The final dogfight happens over water, yet a mountain is visible in the corner of one shot.
Trivia:
The real Top Gun School gives a $5 fine to anyone in the staff that quotes the movie.

Val Kilmer did not want to be in this film, but was forced to by contractual obligations.

Riding on the back of this film's success, the US Navy set up recruiting booths in the major cinemas to try and catch some of the adrenaline charged guys leaving the screenings. They had the highest applications rate for years as a result.

Tom Cruise actually had to wear lifts in his scenes with Kelly McGillis. Cruise is 5'7" while McGillis is 5'10"

When the guys, as students, were first being spoken to by Charlie in the hanger, Maverick explains that he gave "the bird" to a MiG. She asks how he saw the MiG up close, and he says he was flying inverted. Right then, Ice coughs "bullshit" and the guys laughed. The "bullshit" line was ad libbed by Val Kilmer.

Charlie's "older man" date at the officer's club is the real-life "Viper", Pete Pettigrew. He is a retired Navy pilot and TOPGUN instructor, and shot down a MiG during the Vietnam War. He served as the technical consultant on the film.

Anthony Edwards is the only actor who didn't vomit while in the fighter jets.

The Navy only authorized two actual missile shots to be filmed for the movie. You can clearly pick out these two shots, ultimately shot from several angles each in order to use both shots repeatedly during the dogfighting scenes, because the aircraft firing the missile is holding a steady altitude and heading, something that would never happen in a real close-in dogfight. All other missile shots shown in the movie were conducted using miniatures of both the planes and rockets. The company that produced and fired the model missiles did such a good job that the Dept. of the Navy conducted a preliminary investigation into whether any additional live firings of missiles, beyond the two originally authorized, were done for the filmmakers.

Michael Ironside stated in the DVD commentary that he was so convincing as an officer that when he heard someone running towards him below decks, he got on to the sailor who was running. The sailor saluted and slowed down until he got out of Ironside's line of sight and started running again. The sailor never knew that Ironside was an actor on the film.

After the "Car chase" when Charlie tells Maverick that she didn't want anyone to find out she was falling for him, Maverick originally had a line to say. Tom Cruise forgot the line and "ad libbed" by kissing Kelly McGillis instead. Tony Scott liked it so much, he left the scene like that.

The F-14 pilot that "flipped the bird" at the MiG pilot was Scott Altman of VF-51, who eventually became a NASA astronaut flying as pilot on two missions and as commander on two more missions.

When Maverick receives his orders to the carrier following the graduation ceremony, there is a pilot standing behind him, with a mustache and wearing sunglasses. The pilot is "Heater" C.J. Heatley, a real-life former F-14 air show demonstration pilot and TOPGUN instructor

Rick Rossovich stated in the DVD commentary that he was kicked off of the ship used for filming because he smarted off to an officer. Rossovich had gone to sleep in the bunk (more commonly called a rack) he was assigned to, but didn't like being so close to the nuclear reactors that powered the ship, so he moved. When he smarted off to the officer who wanted his bunk back, Rossovich was told to report to the captain who ordered him thrown off the ship for disrespect.

Pete "Maverick" Mitchell's first name was Evan in early scripts of the film. It was later changed to Pete as an homage to Pete Pettigrew, who worked on the film (Pettigrew appears in the bar scene early in the film as Charlie's older male date.)

Paramount Pictures commissioned Grumman, the makers of the F-14, to develop and install special camera mounts on the plane. This allowed the filmmakers to use real aerial point-of-view footage of the Tomcat in flight. 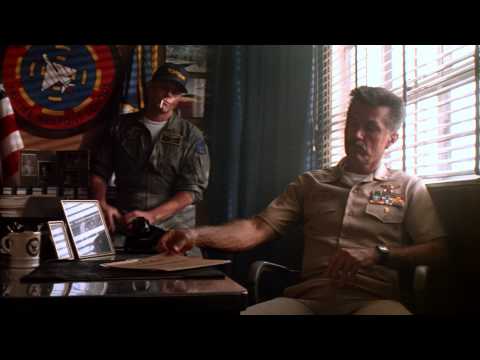 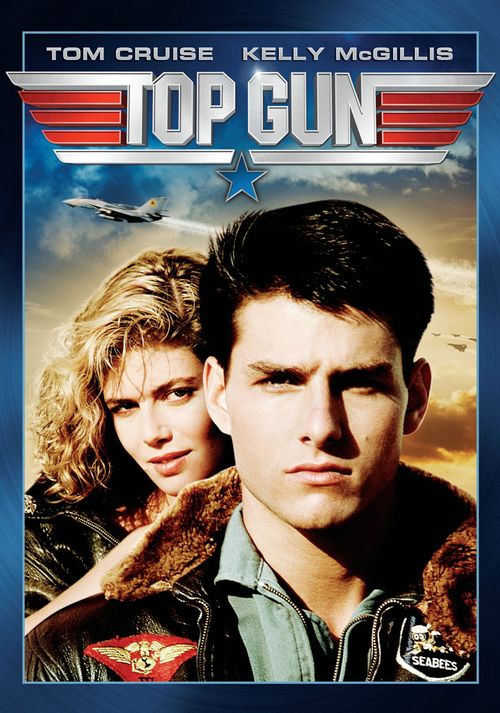 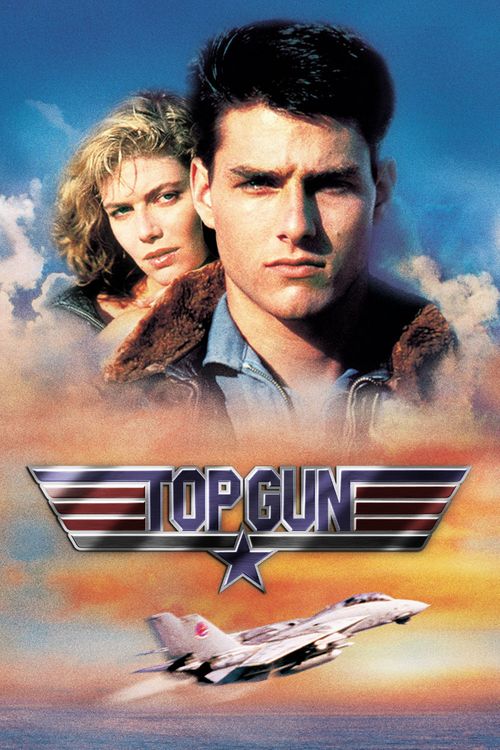 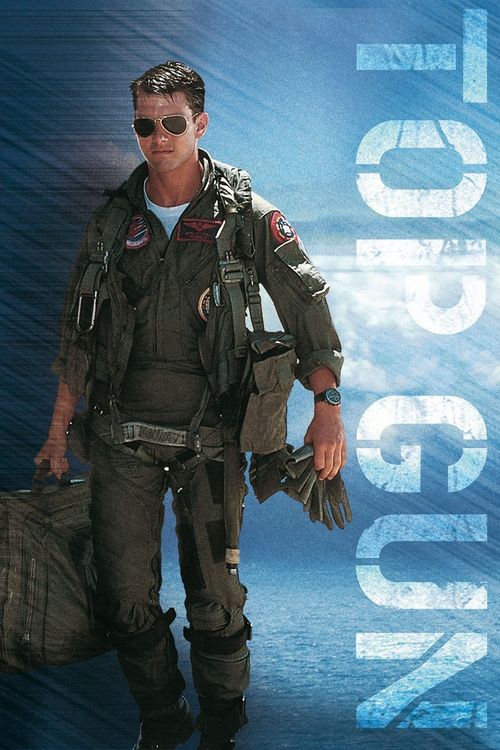 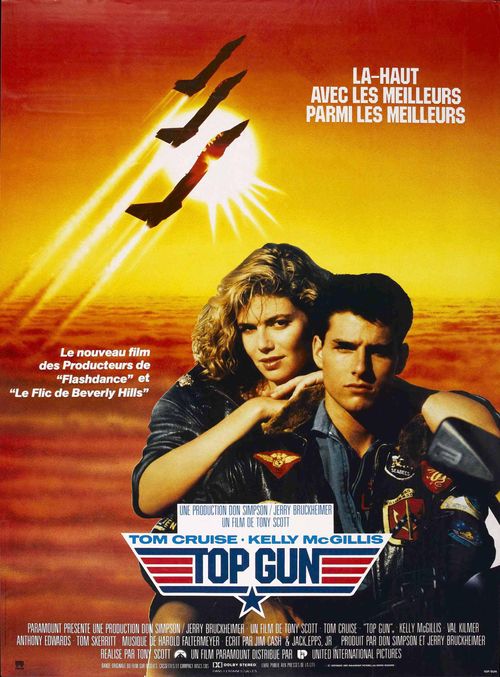 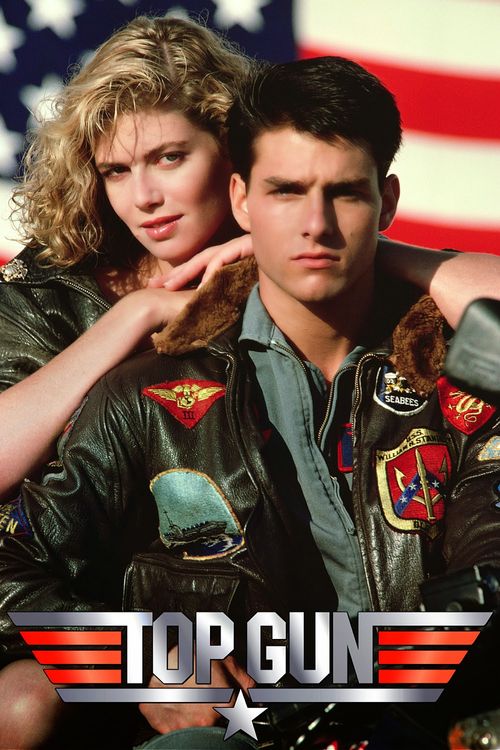