Cancel
Silsila is the "manager" of one traffic signal, that is he collects the "hafta" (protection tax) from each signal squatter plying his trade. There's Tsunami, a little scavenger boy, there's Rani - a Gujrati girl selling ethnic clothes on the sidewalk, and there's Dominic - a drug addict and the prostitute who feels for him. Then there's Silsila himself, who's an orphan, and reports to Jaffer bhai the local goon. Jaffer bhai in turn reports to Haji the leader of the local mafia. And the hafta, from each traffic signal and territory Haji controls, seeps upward to the politicians. Life is routine, until Silsila and Jaffer bhai get caught up in a chain of events which threatens the very source of their livelihood - the traffic signal itself, and Silsila must either remain mute with fear or protest . . .
See Storyline (May Contain Spoilers)

This film is about the lives and travails of people living around a fictitious traffic signal in Mumbai.

Anybody who drives in Mumbai has experienced the 2-odd minute wait at a traffic signal. But do you know that you contribute to the economy at that signal?

The traffic signal includes a microcosm of people who derive their daily livelihoods from it. There are beggars (kids and adults), prostitutes, tricksters, eunuchs and others who sell clothes, flowers and trinkets. They speak quickly, act fast and operate somewhat honourably (with each other) to eke a meager living out of the harsh Mumbai street life. They owe allegiance and hafta (weekly "protection" fee) to the Signal Manager, Silsila (Kunal Khemu).

Silsila grew up at the signal. He ran various trades at the signal before he became the Manager. He is an ideal manager: sensitive and caring of his workers yet ruthless when it comes to delivery. Silsila reports into a mid-level don, Jaffar, who in turn reports to the big boss Haji bhaijaan.

Life is well at the signal. A gentle young girl, Rani (Neetu Chandra), arrives at the signal to sell ethnic clothes. The initial fireworks blossom into deeper companionship with Silsila. Everything proceeds normally.

Unbeknownst to Silsila, Haji bhaijaan is part of a larger nexus of evil that comprises politicians and the larger Mafia. Haji is forced to play a dangerous game where he is forced to invoke the unwitting pawn, Silsila, to start a series of events that could ultimately destroy the traffic signal. Silsila is blissfully unaware of the larger consequences as he carries out his orders without question. But reality dawns on him when he is apprehended in a case of murder, extortion and bribery where he was hardly aware of things.

The signal faces destruction. Silsila's world, and all the people who grew up with it, face extinction. Silsila is forced to make a choice between his life and his world. As his life moves from Green to Red, he may only hope that the signal moves from Red to Green.

Based on 0 rating
0 user 0 critic
Did you know? The film was initially titled Signal. Read More
0 User Reviews
No reviews available. Click here to add a review.
Cast 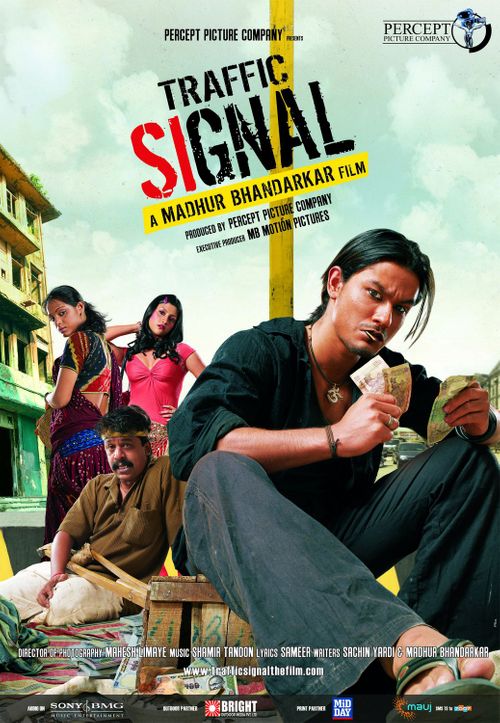