Cancel
Hacker/arcade owner Kevin Flynn is digitally broken down into a data stream by a villainous software pirate known as Master Control and reconstituted into the internal, 3-D graphical world of computers. It is there, in the ultimate blazingly colorful, geometrically intense landscapes of cyberspace, that Flynn joins forces with Tron to outmaneuver the Master Control Program that holds them captive in the equivalent of a gigantic, infinitely challenging computer game.
See Storyline (May Contain Spoilers)

Programmer Kevin Flynn (Jeff Bridges) has been swindled. When he was employed at the ENCOM Corporation his former colleague Ed Dillinger (David Warner) stole the ideas for several popular arcade games that Flynn had written. Flynn is sure that if he can get inside ENCOM, he can successfully crack the system and find the stolen code -- proving that the program Dillinger stole is in fact his.

His plan goes well at first. With help from Alan Bradley (Bruce Boxleitner) and Lora (Cindy Morgan), he gets into the company, and starts poking around the computer system. But he has not counted on Dillinger's powerful artificial intelligence, the Master Control Program (MCP). The MCP is self-aware and has been stealing other computer programs across the world. Instantly realizing what Flynn is up to, and not wanting to see his human patron ruined, the MCP uses an experimental laser to "digitize" Flynn, turning him into a computer file, which is then in at his mercy.

All of the programs in the System appear to be humans, with the faces of their "users" (aka creators) and glowing lines on their unisex costumes. SARK, a control program (whose user is Dillinger) is tasked with eliminating Flynn. The MCP wants Flynn to be run through a series of game programs, where he will be "de-res'd" (deleted) upon being defeated. Flynn, a pretty good video game player, survives his first challenge.

He is imprisoned with TRON, a monitoring program Alan Bradley wrote, but that the MCP keeps safely locked away. Their next challenge gives them an opportunity to escape, and after defeating their MCP-allied opponents, they flee on "light-cycles." Flynn gradually learns that as a programmer, he has magic powers in this world. He is able to resurrect dying programs, rebuild broken vehicles, etc. Eventually, he decides to confront the MCP directly and heads toward the center of the system.

In a climactic confrontation, Flynn and TRON assault the MCP and ultimately defeat it. At this point, the entire system comes alive, with the MCP's various security measures vanishing. Flynn is rematerialized, and TRON uncovers Dillinger's deceit. Dillinger is unseated from his high position, and Flynn takes his place.

Tagline: Trapped inside an electronic arena, where love, and escape, do not compute!

Based on 0 rating
0 user 0 critic
Did you know? This film was disqualified from receiving an Academy Award nomination for special effects, because the Academy felt at the time that using computers was "cheating". Read More
0 User Reviews
No reviews available. Click here to add a review.
Cast

Although this film was initially a failure, the arcade video games based on it proved to be a tremendous hit and actually out-grossed the film.

This film was disqualified from receiving an Academy Award nomination for special effects, because the Academy felt at the time that using computers was "cheating". 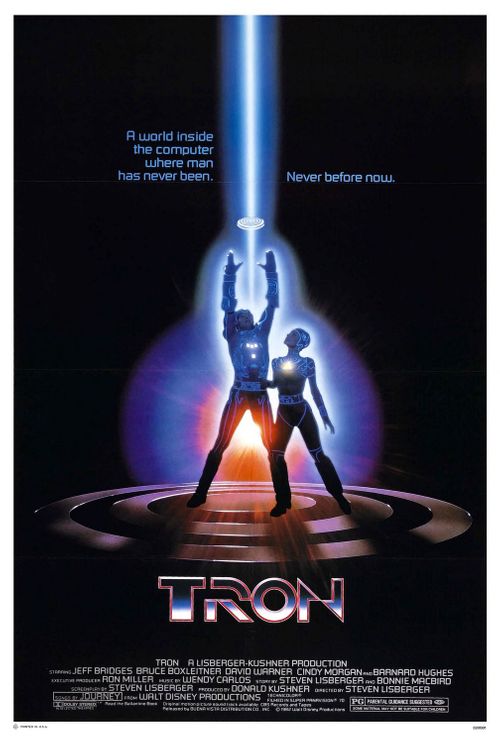