Cancel
This contemporary satire provocatively depicts the financial and artistic crisis which plagued the once glittering Malayalam film industry at the turn of the 21st century. It depicts the struggles of Udayabhanu (Mohanlal), who is an assistant director and script writer and who aspires to make it big. But he is thwarted in his attempts by a scheming friend and junior artiste, Rajappan Thengamoodu (Sreenivasan), who steals his script. Using the stolen script, Rajappan Thengummoodu becomes superstar Saroj Kumar overnight. Udayan is left heart-broken but fate comes in the form of Babykuttan who wants to produce a movie with Udayan in the director's seat. And when Superstar Saroj Kumar starts working in the film, things seem to be going according to plan. However, just as the project nears completion, Saroj walks out from the project due to an ego clash with Udayan. Now Udayan must shoot the rest of the movie without the knowledge of Saroj and complete his movie to reveal his immense talent to the public. Will he succeed?
See Storyline (May Contain Spoilers)

This insightful satire delves into the twists and turns in the life of Udayabhanu (Mohanlal), a worshipper of films and an immensely talented assistant film director, who yearns to write and direct his own movie at a time when the industry is filled with dubious filmmakers. Rajappan Thengummoodu (Sreenivasan) is a rather crooked friend of Udayabhanu and an aspiring and failed actor.

As Udayabhanu finally prepares to shoot his first movie based on his own script, he discovers to his horror that Rajappan has stolen his manuscript, and shooting is underway with Rajappan playing the lead, which eventually propels him to stardom. Udhayabhanu soon finds himself faced with a career and personal crisis, with his faltering relations with his superstar wife Madhumati (Meena Durairaj) contributing to the latter.

Later, with the help of producer Babykuttan (Mukesh), Udayabanu prepares to direct another film, but he is forced to cast Rajappan as the hero since he was the star with most screen value at that time. Rajappan takes up the offer, since he is also at a plateau of his career, but refuses to co-operate and throws tantrums and causes maximum trouble when possible. He spends most of his time actively flirting with the actresses in the film.

Towards the end of the shoot - using a perceived insult as a ruse, Rajappan leaves the set leaving the movie unfinished with the hope that this will destroy Udayabanu's career for ever. But Udayabanu devises clever tactics and shoots the remaining scenes with Rajappan, without him even being aware of it.

At the end - the film is a critical and box office success, but Rajappan realises his mistakes and admits publicly that Udayabanu is the real star and not himself. Hence the film's title - "Udayan is the Star"

This movie was phenomenally successful and broke several records at the box office, including making the biggest ever opening in the history of Malayalam cinema.

Director Roshan Andrews changed his name to "Rosshan Andrrews" as per his astrologer's suggestion to ensure the success of this film. 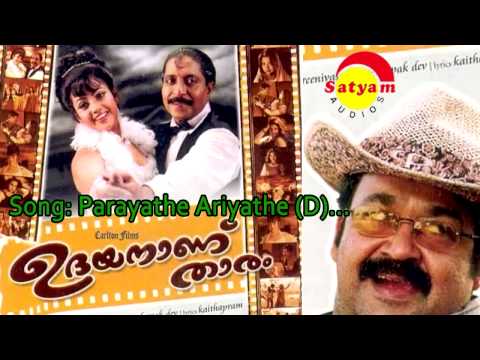 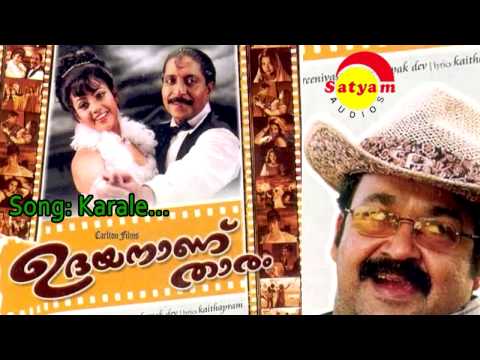 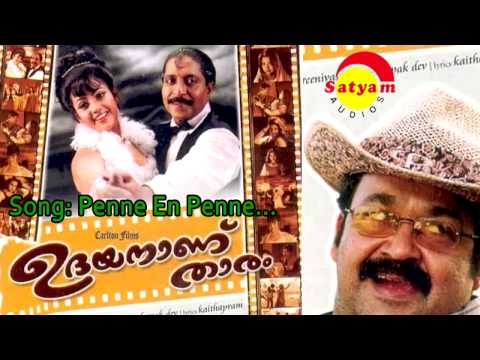 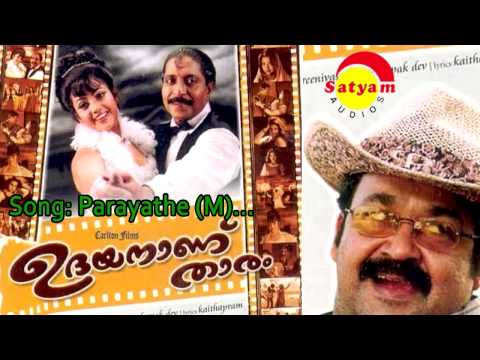 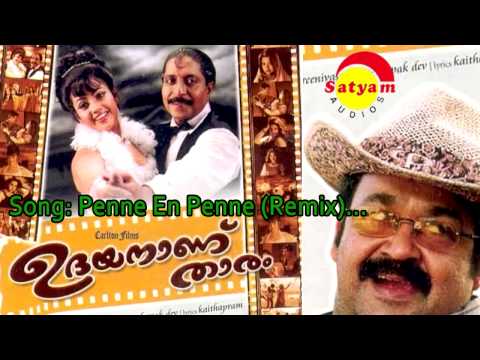